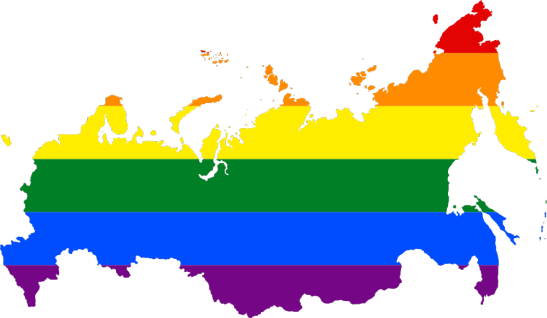 Last summer I spent a few days in Moscow to watch the Rugby Sevens World Cup. The tournament was held in the main stadium for the 1980 Summer Olympics—a stadium where U.S. Olympians never competed, due to a boycott over the Soviet invasion of Afghanistan.

The stadium has seen better days; during a downpour, large chunks of paint fell down onto the stands. And even though tickets were affordable and the rugby competition was outstanding, the stadium was nearly empty.

During the opening ceremonies of the Winter Olympics in Sochi last week, my thoughts again turned to Russia and the attention it has received from the international human rights community since I visited last summer. In June 2013, the Russian Duma passed a now-notorious law banning gay “propaganda.”

As athletes in Sochi wrap up the first full week of competition and the international spotlight shines on Russia, it’s important to take stock of Lesbian, Gay, Bisexual, and Transgender (LGBT) rights in that country and what advocates for human rights can do to combat discrimination based on sexual orientation and gender identity around the world. 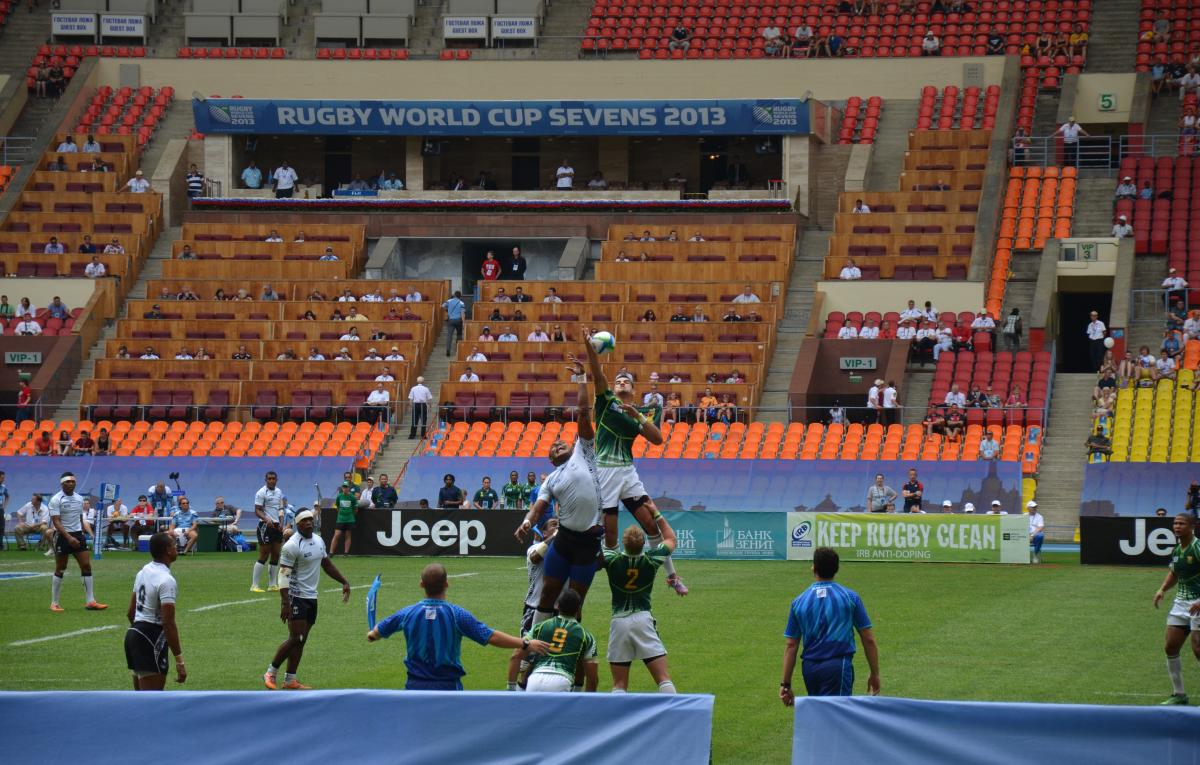 Right: Fiji and South Africa compete in the quarterfinals at the 2013 Rugby Sevens World Cup in Moscow. (Photo by the author)

First, a primer on why the Sochi Olympics in 2014 are important to LGBT rights in Russia and the rest of the world:

The Olympic Charter rejects all forms of discrimination

Every two years, the world gathers to celebrate human potential. The feats of speed, grace, teamwork, and power that we call the Olympic Games demonstrate that people from all over the world and all walks of life can achieve greatness.

The International Olympic Committee has established an Olympic Charter, which includes a set of principles for Olympic competition. Principle 4 recognizes the connection between sports and human rights:

The practice of sport is a human right. Every individual must have the possibility of practising sport, without discrimination of any kind and in the Olympic spirit, which requires mutual understanding with a spirit of friendship, solidarity and fair play.

Echoing nondiscrimination provisions in each of the major human rights treaties, Principle 6 states:

Any form of discrimination with regard to a country or a person on grounds of race, religion, politics, gender or otherwise is incompatible with belonging to the Olympic Movement.

The Olympics are an important stage for LGBT visibility

The Olympics are a unique and highly visible competitive venue: men and women from around the world are selected to represent their countries in international competition, and millions of people around the world follow the events. This year, over 6,000 athletes from 85 countries are competing in Sochi. It should come as no surprise that some Olympians are LGBT. Seven competitors at the Sochi Olympics–all women–are openly gay:

(By comparison, 23 of the over 12,000 athletes in the 2012 Summer Olympics in London were openly gay.) On Sunday, Wüst became the first openly gay athlete to take gold at Sochi. Iraschko-Stolz won a silver medal in ski jumping events on Tuesday, and Wüst won silver in competition on Thursday.

From television to politics to news reporting, LGBT visibility is an important part of the fight against discrimination based on sexual orientation and gender identity. People who are taught to be homophobic may revisit those beliefs when they discover that someone they know and respect is gay. And LGBT youth, who may face harassment, bullying, and threats at school and even at home, and who are twice as likely as their heterosexual peers to attempt suicide, may find hope in the faces of prominent, successful openly gay people.

Sports—particularly Olympic sports—cut across cultures and languages and bring people together in a way that other collective experiences cannot. So the visibility of Olympic athletes—past and present—who are openly gay can help overcome prejudice and discrimination directed at LGBT people around the world. These athletes can also be positive role models for at-risk LGBT youth.

During the opening ceremony on Friday, IOC President Thomas Bach recognized this unifying power of Olympic competition, and called on competitors to be role models for the principle of non-discrimination:

Olympic Sport unites people. . . . Yes, it is possible to strive even for the greatest victory with respect for the dignity of your competitors. Yes, Yes, it is possible – even as competitors – to live together under one roof in harmony, with tolerance and without any form of discrimination for whatever reason.

(Viewers in the United States may have missed this part of Bach’s statement, which NBC edited out of its coverage. Some have criticized the edit as an apparent “diplomatic concession to [Russian President Vladimir] Putin’s homophobic agenda.”)

Momentum is building for more prominent athletes to come out 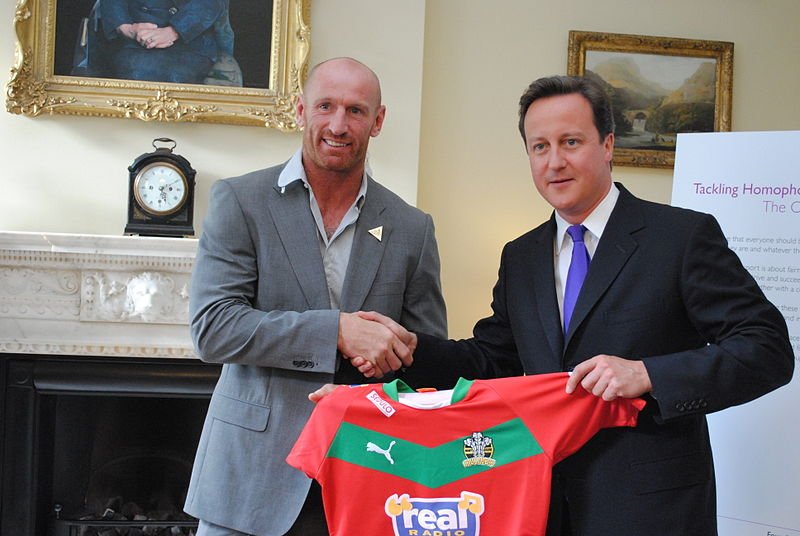 Progress in men’s professional sports has been slower. The first professional male athlete to come out while still competing was Welsh rugby player Gareth Thomas in 2009. In the United States, only a handful of male professional athletes have come out to the broader public during their careers: basketball player Jason Collins, boxer Orlando Cruz, and soccer player Robbie Rogers.

In many cases, successful female athletes are already challenging traditional gender norms. So professional female athletes and female Olympians may not face as many obstacles and challenges to coming out as their male counterparts. Male Olympians who excel at sports many people view as feminine like figure skating and gymnastics face institutionalized homophobia. And gay male professional athletes, particularly in hyper-masculine team sports like rugby and American football, challenge traditional notions of masculinity.

That’s why Missouri NFL draft prospect Michael Sam’s announcement on Sunday that he is gay seemed so earth-shattering.

All eyes are on Russia, and Russia’s law banning gay “propaganda”

With this growing recognition of the power of LGBT visibility in sports, the world’s eyes turn to Russia. Many people who are excited about the increasing acceptance and visibility of openly gay athletes, and the growing willingness of athletes to come out to their teammates, coaches, and the broader public, have been dismayed that Russia is hosting the 2014 Winter Olympics.

Russia’s 2013 law prohibiting gay propaganda—the topic of the next post in this series—has posed problems for LGBT people in Russia, Olympic competitors, governments that have expressed a commitment to LGBT rights, and the international human rights community.

This post is the first of a four-part series in The Advocates Post about LGBT rights in Russia and the Sochi Olympics. Part 2 will explore Russia’s gay propaganda law in greater detail, looking at its origins and how it is enforced. Part 3 will examine the societal effects of discriminatory laws such as those in Russia and other countries. Part 4 will analyze a variety of approaches that human rights advocates in Russia and around the world are taking to press for reform of these laws.