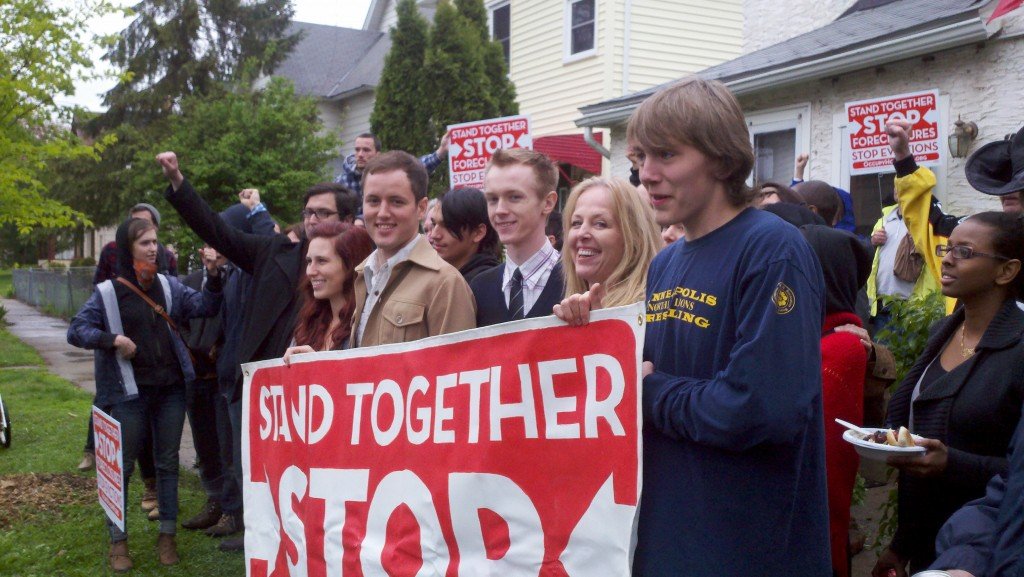 The wheels of justice grind slowly but exceedingly fine.

Sometimes it takes an earthquake to shake up City Hall. In this case it was Myron Orfield’s report on housing discrimination in the Twin Cities metropolitan area, which documented that the area lost $20.5 billion as a result of racist redlining in lending practices by mortgage bankers in the Twin Cities. Most of that money was lost to homeowners who had to pay higher interest rates and higher origination fees, but a lot of money was lost to municipalities and counties that saw their tax base shrink as a result of foreclosures.

Late last year the city of Los Angeles filed a lawsuit against Citigroup and Wells Fargo seeking damages for a loss in tax revenue due to discriminatory mortgage lending to the city’s minority communities. According to court documents filed in the U.S. Federal Court, LA City Attorney Mike Feuer said that Citigroup and Wells Fargo “engaged in a continuous pattern and practice of mortgage discrimination in Los Angeles since at least 2004 by imposing different terms or conditions on a discriminatory and legally prohibited basis.” In 2009 the state of Illinois sued Wells Fargo for discriminating against black and Latino homeowners. In 2012 Wells Fargo agreed to pay $175 million to resolve allegations by the U.S. Justice Department that it discriminated against qualified African-American and Hispanic borrowers in its mortgage lending.

Mayor Hodges, when she read Orfield’s report, said, “This report on mortgage lending, refinancing and credit contains stark data. The city and I will need to ask more questions.”

Council Member Cam Gordon said, “I am working to organize a time when Myron Orfield and his team from the Institute on Metropolitan Opportunity from the University of Minnesota Law School can formally present the findings of the report “Twin Cities in Crisis: Unequal Treatment of Communities of Color in Mortgage Lending” to the Public Safety, Civil Rights and Emergency Management Committee. This will give the committee members the opportunity to learn more, ask questions, discuss the information and consider what, if any, further action is appropriate.”

Certainly most victims of this crime would like swift retribution.

Minnesota State Law: “363A.16 CREDIT DISCRIMINATION: It is an unfair discriminatory practice to discriminate in the extension of personal or commercial credit to a person, or in the requirements for obtaining credit, because of race, color, creed, religion, disability, national origin, sex, sexual orientation, or marital status, or due to the receipt of federal, state, or local public assistance including medical assistance.” But a class action lawsuit on behalf of all the homeowners that have been discriminated against since 2008 that will be joined with the cities and

counties that have lost tax revenue, will be a mammoth undertaking. It will probably be more complicated than the tobacco settlement lawsuit that the Minnesota Attorney General’s Office farmed out to Robins, Kaplan, Miller and Ciresi. It is most certainly beyond the capabilities of the Minneapolis city attorney.

This discussion comes at a time when the mayor and City Council are discussing a framework for measuring equity in employment and housing. Barbara Johnson, the City Council president, and Council Member Blong Yang have expressed frustration at the slow pace of coming up with a workable document. “There’s too much in the way of paperwork and studies (regarding equity) and not enough action,” said Yang, according to Insight News, 5/14/14. As chair of the Public Safety, Civil Rights and Emergency Management Committee, Yang will have an historic opportunity to turn talk into action when Cam Gordon drops this particular hot potato in his lap. The statute of limitations on contracts is six years, so the city can only sue to recover damages six years from the date of filing the lawsuit. Every day that goes by, another homeowner loses the opportunity to get justice.

It is critical that the city act with caution and restraint, but, also, with all deliberate speed. Justice delayed is justice denied.