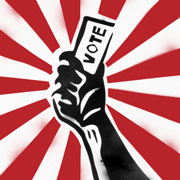 For nearly four full decades, workers and unions in the United States have been experiencing a steadily downward slide. Since the mid-1970s, the percentage of workers organized has plummeted, the power of unions has shriveled, and workers’ compensation and economic security has declined.

Most of us work harder and longer, earn less, and worry more about our futures. This has been a consequence of the redirection of our political economy away from the Keynesian policies and practices (which relied on demand by workers and the government as the means to generate growth) that had been dominant since WWII to the neoliberal policies and practices (cut the costs of doing business, reduce taxes, cut labor costs, cut government, improve profitability for business) which became standard during the Reagan years—and since.

This new way of organizing government and business crashed in 2007, dropping us into the Great Recession. With this collapse has come the irony that many political decision-makers continue to preach the policies that got us into trouble in the first place.

Way back in 1984, when running for President, Jesse Jackson said: “Let those who had the party pay for it.” After another dozen-plus years of a party in which the rich have gotten richer while workers have lost wages, pensions, jobs, homes, and the ability to educate their children, we hear loud political voices—with little pushback from the media—continue to advocate shrinking government, cutting taxes, and, above all, reducing the remaining power of unions. And they have been disturbingly effective.

Conservative and Tea Party victories in the 2010 midterm elections led to a new round of challenges to the long-beleaguered labor movement. Not only did conservatives gain a substantial majority of the U.S. House of Representatives and reduce the progressive majority in the Senate to a bare handful, but they also took control of twenty-five state legislatures (progressives dominate sixteen, with another nine split) and twenty-nine governors’ chairs.

For the past two years, encouraged and supported by the Koch Brothers’ American Legislative Exchange Council (ALEC), Karl Rove and his allies in the super-PACs, and other engineers of the 1%, Conservatives launched a new round of attacks on trade unionism. Like sharks smelling blood in the water, Conservatives seem incited by labor’s diminished influence. They have painted public employees’ rights to collective bargaining as a structural obstacle to economic growth, while in many states they have dusted off the notion of “Right-to-Work” as a way to reduce the power of unions—and workers—in the private sector.

This offensive has unfolded on a state-by-state basis. Wisconsin’s Governor Scott Walker led the way in January 2011, when he introduced his “budget repair” bill, stripping public employee unions of the right to collective bargaining over wages and benefits, and he was quickly followed in Indiana by Governor Mitch Daniels, who called for bills to cut teachers’ wages and benefits and reduce public employees’ rights even further than he already had in 2005.

Ohio conservatives introduced Bill SB 5, which took collective bargaining rights away from teachers, firefighters, and other public employees, proscribed strikes, and gave state bureaucrats the right to mandate terms of employment. The Michigan legislature handed new Governor Rick Snyder the power to declare any municipality in default and appoint a fiscal receiver, who could nullify union contracts, cut wages and benefits, and contract out work.

Anti-union measures of all sorts—to require unions to gain members’ permission to spend dues money on political activities, to eliminate automatic dues collection or agency fees, to deny college professors at public universities and colleges the right to unionize—were introduced, trumpeted, and, in some cases, passed.

This has happened in other states, like Maine, where there is conservative leadership, but it has also happened in California and New York, where there are Democratic governors who had been elected with the support of organized labor. They, too, announced their interests in cutting state employees’ wages, benefits, and numbers.

There has been plenty of pressure in Minnesota, impacting not only the compensation of public employees but also the right of home healthcare workers to organize and teachers to continue to enjoy seniority protections. For the past year, Minnesota workers and unions have watched the American Crystal Sugar Company, a farmers’ cooperative, lock out its 1300 workers. Management had demanded the workers absorb an increasing share of their healthcare costs and revise the contract to allow the contracting out of work. Three times the workers have overwhelmingly voted down the proposed contract, while watching hired replacements take their jobs. The union has employed some creative tactics—bus caravans, songs on YouTube, alliances with locked out workers in other Midwestern states—but nothing has yet moved the company.

As we celebrate Labor Day in Minnesota this year, and as we look ahead to the November elections, workers and unions are asking how we can challenge—effectively—those policies and practices which gave us the Great Recession and now seek to make its victims pick up the tab. It is time to say ENOUGH!

Peter Rachleff is a professor of history at Macalester College.