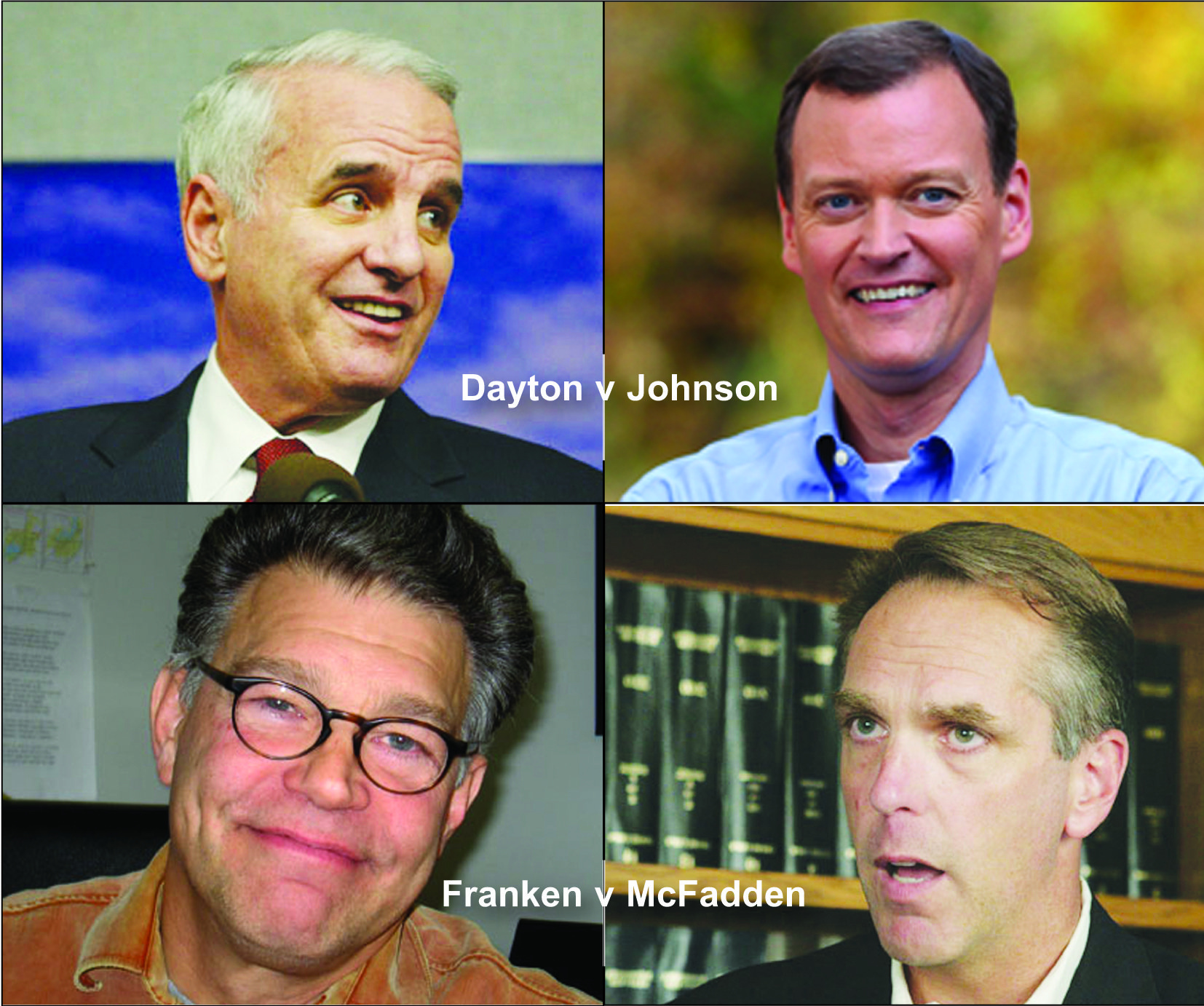 The state conventions are over. The parties have picked their candidates. The battle has begun, though we haven’t heard much sound and fury yet.

The only controversy at the convention was averted by South Minneapolis’ favorite son and familiar party apparatchik, Rick Stafford, who moved to table a resolution that called for the creation of jobs through responsible mining in northern Minnesota. The resolution pitted familiar factions against each other. The DFL depends on two power bases: union workers on the Iron Range and environmental liberals in the Twin Cities. According to the Duluth News Tribune, Stafford said, “We’re a large party. We have diverse opinions. We don’t always agree, but our objective coming out of here today and this weekend is to make sure that we return a Democratic majority to the Minnesota Legislature, that we return Mark Dayton and we return Al Franken. And this debate will not help that happen, so I urge you to support my motion.”

PolyMet Mining Corporation is proposing to mine copper, nickel and other metals from sulfide ores between Babbitt and Hoyt Lakes. It would be an open pit mine near the Embarrass and Partridge Rivers, which flow into the St. Louis River and then into Lake Superior.

According to Ground Truth Trekking, “Acid mine drainage is a worldwide problem, leading to ecological destruction in watersheds and the contamination of human water sources by sulfuric acid and heavy metals, including arsenic, copper and lead. Once acid-generating rock is crushed and exposed to oxygen and the surface environment, acid generation is very difficult to contain or stop, and can continue for tens or thousands of years until the available sulfide minerals are exhausted. Roman-era mines have been identified, which are still producing acid mine drainage. It is the irreversibility of the process of turning relatively inert ore into tremendous volumes of hazardous waste, the very long hazard-life of the material, and the extreme difficulty of containment which make acid mine drainage such a serious and persistent issue.”

According to Friends of the Boundary Waters, “When rain falls on the waste from iron mining, it makes rust; when rain falls on sulfide ore waste, sulfuric acid is produced. Sulfuric acid leaches out metals and chemicals from the waste and creates acid mine drainage which contaminates lakes, rivers and groundwater; harms human health, fish and wildlife; and damages entire ecosystems.” The result will be contaminated drinking water; destruction of fish and wildlife habitat from polluted lakes and rivers; pollution that continues decades, even centuries after a mine’s closure, and, “Mining companies often go bankrupt or refuse to pay for cleanup when problems occur, leaving taxpayers with tens of millions of dollars in costs.”

The Republican Party platform wholeheartedly supports sulfide mining in northern Minnesota. Current Hennepin County Commissioner Jeff Johnson, the Republican endorsed candidate for governor, said, “I’m going to be a champion for using the resources God has given this state to actually create good jobs. There is no better example of that than here in northern Minnesota and the mines.” The Republican endorsed candidate for Senate, Mike McFadden, said, “It’s taken seven years and $150 million of regulatory reviews and we still don’t have an answer.” So the Republicans are saying “Full Speed Ahead,” and they don’t care about the environmental impact, and the DFL isn’t saying anything. Dayton has said he’ll wait until the environmental studies are complete, and the DFL Convention is hoping if we don’t talk about it the problem will go away. The DFL has always done badly when it has tried to sweep controversial issues under the rug—abortion, the war in Vietnam, gay rights—and it’s always done well when it’s taken a position. It will be hard to motivate urban liberals with even a modest environmental consciousness to get out and vote for a ticket that won’t take a stand on sulfide mining, especially after Minneapolis voters feel they got left holding a pretty big bag with the Vikings stadium deal.

The race for the Senate seat is more of the same.

Al Franken is generally good to fair on international issues, but he joined the Democratic stampede to bomb Syria when Obama wanted to use that option until he was held in check by an enraged public that screamed, “NO!”

McFadden hasn’t taken a concrete position on anything so it’s very difficult to pin him down. One assumes he will vote in line with the other Republicans in the Senate, which is horrifying.

So, we have the DFL whistling in the dark, hoping they won’t get mugged by an idea, and we have the Republicans boldly saying we should spread sulphuric acid all over northern Minnesota and bomb Syria and Ukraine.

It’s a contest between the hapless and the horrific.