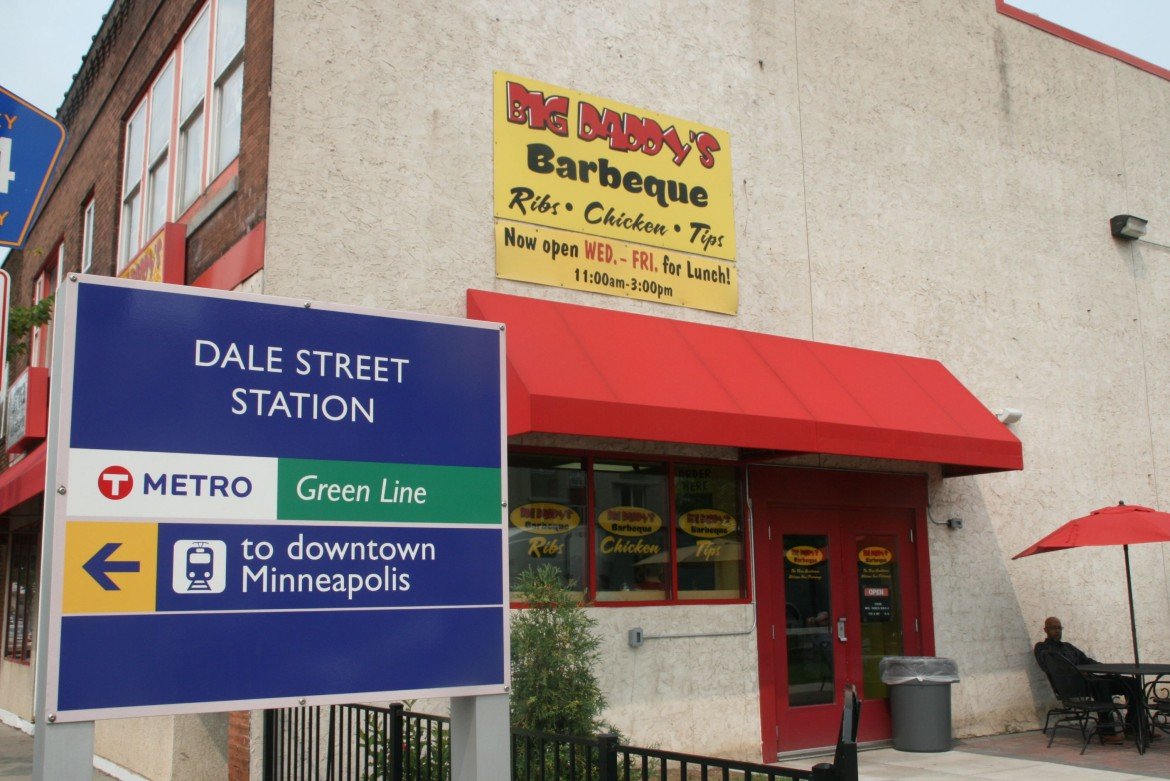 [Editor’s note: This is part of a series on businesses along the Green Line, one year after opening. We profiled Big Daddy’s and other University Avenue businesses in 2014 as part of a Minnesota Historical and Cultural Heritage Fund grant. We’re returning after the opening of the light rail to see what’s changed.]

I called Ron Whyte, one of the owners of Big Daddy’s Old Fashioned BBQ on University Avenue in St. Paul. I was trying to ask him how the trains of the Green Line had affected his business since the line opened a little more than a year ago. It was mid-afternoon, and he was behind the counter. 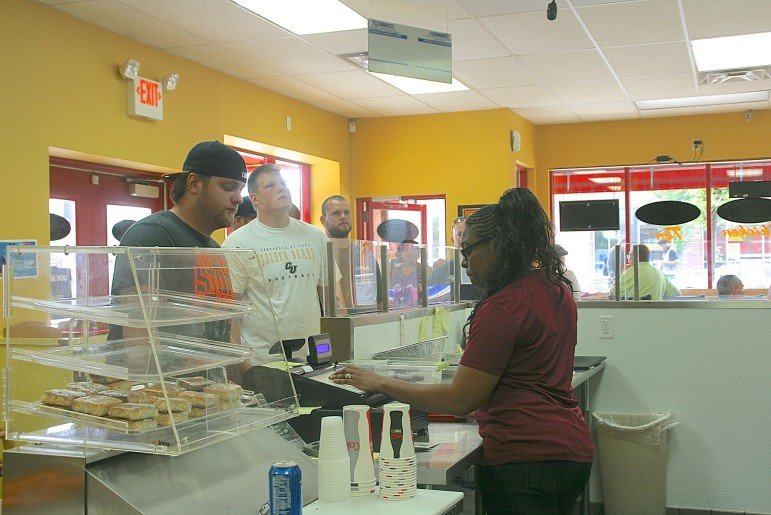 “I can’t talk. We keep getting customers,” Whyte said.

Big Daddy’s BBQ is doing well. The success is less about the Green Line and more about entrepreneurship, but the spark for the new success came from the new light rail just outside their door.

The original inspiration for Big Daddy’s dates back to 30 years ago when a group of three BBQ pit masters, Ron Whyte, Bob Edmond and Gene Sampson, started sharing their ideas about the art of southern BBQ. Whyte and Sampson had grown up in Kentucky, and Edmond was from Georgia. Both places were entrenched in barbeque culture.

The Twin Cities had limited choices for classic barbeque and the three decided that the Cities were ready for slow cooked, smoked classics like smokehouse pulled chicken, pulled pork, three bones rubs (pork, beef or a combo) with southern sides like coleslaw, macaroni and cheese (in the South, this is a vegetable) and cornbread. A few years ago, for family reasons, Edmond moved back down South, leaving Sampson to run the grill and the smoker. “I’m the out front man,” Whyte said, “But, I can cook, too.” 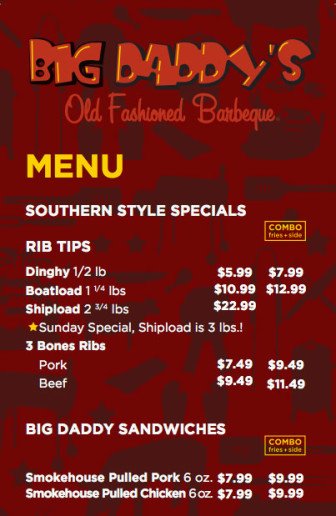 This is just the beginning of the menu.

The construction period was hard on them, Whyte said, but in the long run, they’re doing better. They lost 70 percent of their parking and the pedestrian path to the storefront was partially blocked during construction. “People didn’t know how to get to us,” he said. The customers weren’t coming in.

But instead of giving up, Whyte and his partner, Bob Edmond decided to take a chance. “The construction hurt us pretty bad,” Whyte said. “But, the tailor shop next to our restaurant closed so we talked to the landlord about expanding.” They started planning the expansion even before the Green Line opened.

“We knocked the wall down, put in 21 seats and a patio,” he said. The expanded restaurant opened a little more than a year ago. The change turned the joint from a take-out place into a sit-down restaurant. “The biggest thing is that adding more chairs made it family friendly. People could bring their families and eat here. Before, we had only seven counter seats. It was a tight fit.” 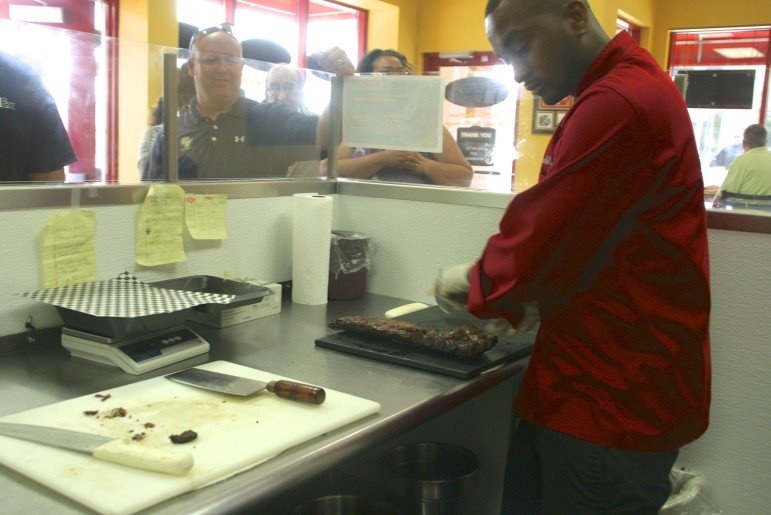 Kenneth Wortham slices up barbeque ribs for a long line of luncheon customers.

When the Green Line first opened, Metro Transit offered two days of free light rail rides and celebrations all along the new route, including ceremonies celebrating the Historic Rondo and Frogtown neighborhoods at Victoria Station, one light rail stop from Big Daddy’s. Customers visited businesses up and down the Green Line. Big Daddy’s, situated on the corner of University and Dale, directly on the Dale Street station, makes it easy for customers who might otherwise not show up.

“We have a real good product,” said Whyte. “After we opened up the patio we started getting college students. Business people from Minneapolis come here in the summer. Each time a train runs from downtown Minneapolis of St. Paul, they pass us. I’ve had customers tell us, ‘I saw it and just had to come in and try it.’”

The restaurant expanded the catering side of their business, bringing their barbeque to corporate affairs and graduation parties. Some customers use the Green Line, but the most customers come by car and manage to find places to park. “We expanded and painted the restaurant so it’s bright. It’s more inviting for people to come in. And more people are starting to learn about us,” he said.

[Next week, see how the Russian Tea House is doing one year after the Green Line has opened.]