It was time to bring the whole family out for a Green Line Gem tonight and we picked Bangkok Thai Deli (315 University), which has been on my list for a long time. It’s in the “sparkly smokestack” building on the north side of University just east of Farrington. The restaurant is in back of the building behind a pedicure salon, which is closed at night so it appears at first glance that it is closed as well. But fear not, it is open for dinner. 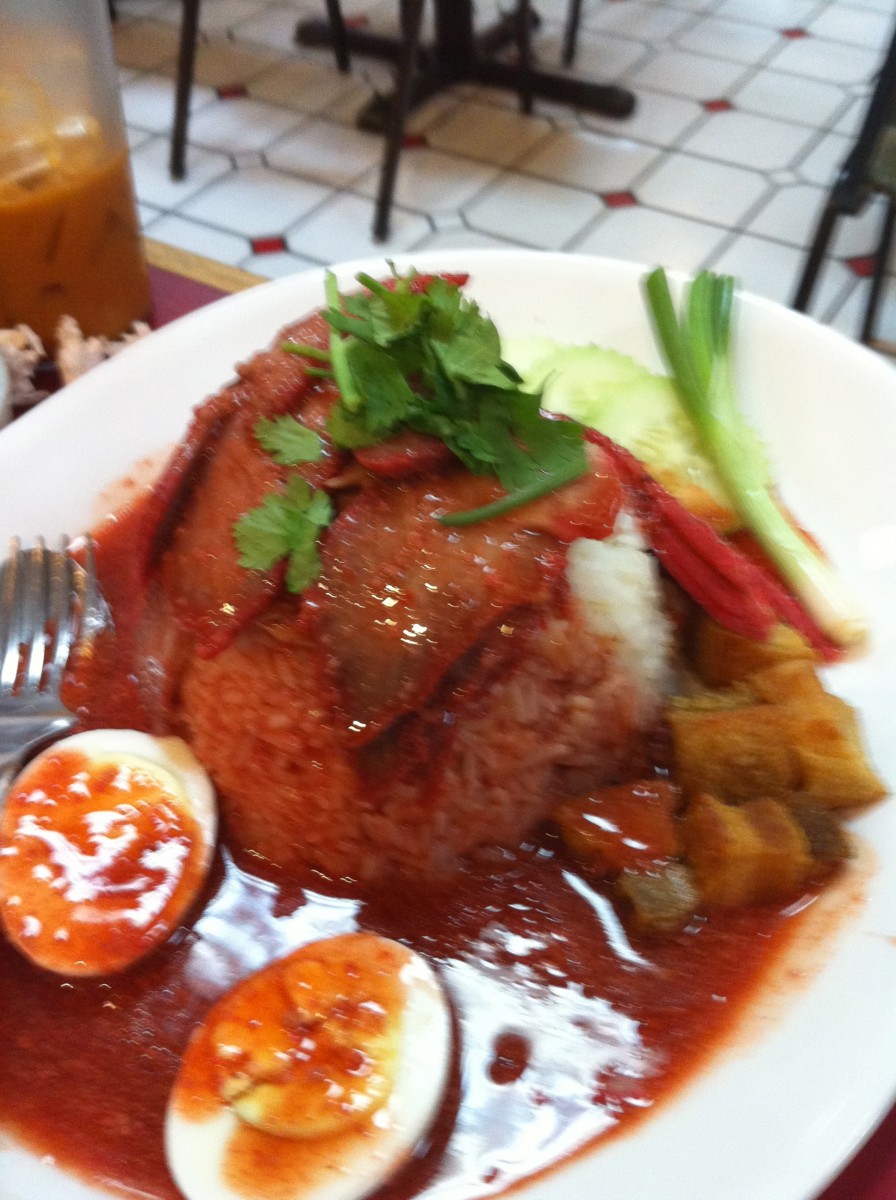 My wife and I split the BBQ pork and rice and a green chicken curry. The kids got egg rolls and some fried chicken wings, which I suppose in retrospect was not the healthiest of meals. There must be something in the egg rolls because even my 3-year-old ate them all and he rarely eats anything in a restaurant that is not a hot dog or a pizza. The sliced pork on the rice was tender, and the curry had a good kick to it. I’m glad there are leftovers. Turns out, the place is highly regarded in many of the foodie blogs, so when I go back I’ll check those out to get some recommendation on other dishes to try.

It has a great homey and casual atmosphere where one suspects regulars come back often. The TV was playing the equivalent of Thai MTV, which added an element of karaoke to the dining experience which my 5-year-old seemed to especially enjoy. Everything on the menu is very reasonably priced. Oh, as always, parking was a breeze.

After dinner, we took advantage of the warm evening and went to the sculpture garden on Marion across from the Sears. Western Park is not widely known, but it is a great respite for an area of the city with little parkland. You have probably noticed the big rabbit before if you have ever driven that section of Marion. It is especially fun for the kids as you can climb and play on the sculptures. 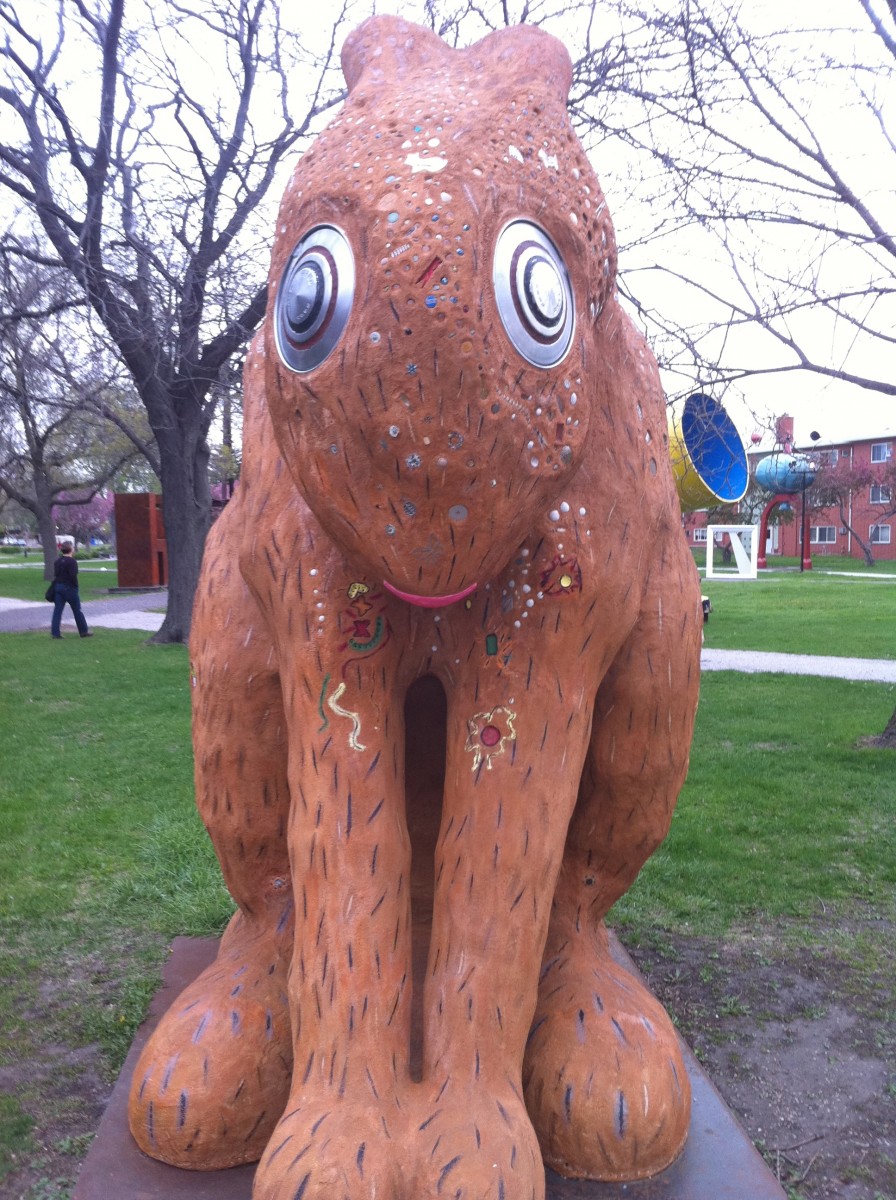 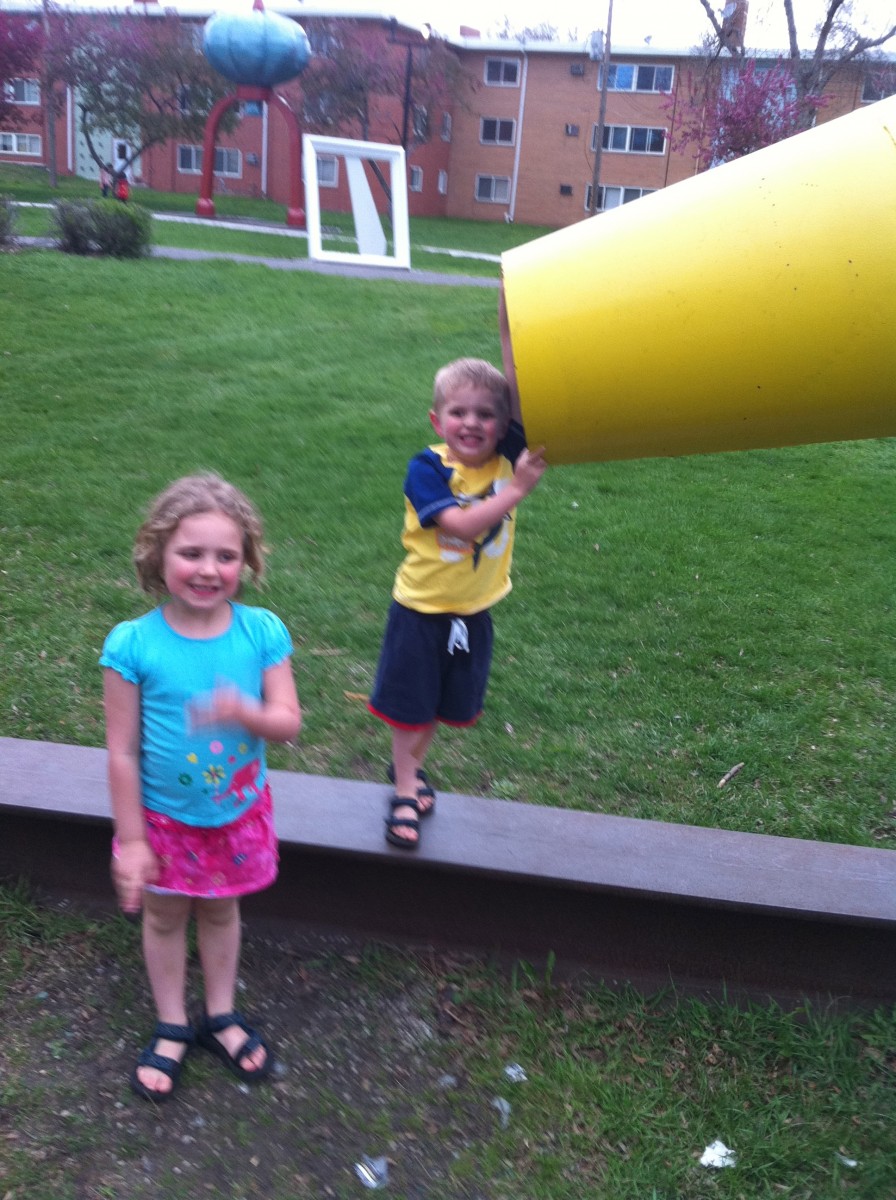