We recently asked fans at a Minnesota Vixen football game in St. Paul if they consider the sport real or a novelty act. “I’m a fan because my daughter’s mom is playing,” responded Calvin Harris as he and daughter Kayla watched rookie Heidi Mindestrom at Concordia University, the Vixen’s home field for their final two regular-season games last month.

The Vixen is America’s longest continuously playing women’s football team. More importantly, until they take their helmets off, you wouldn’t know what gender the players are. Minnesota dominated both opponents at Concordia, outscoring them 77-13 in the two wins before heading into the Independent Women’s Football League playoffs.

Vixen football is hard-hitting action — four Wisconsin Warriors players were taken off the field after legal hits in one contest. Although their passing and kicking game is inconsistent, Minnesota’s backfield speed makes up for it as they regularly gather up huge yardage on offense. Their defense attacks the ball like bees on honey.

“We can beat anybody if we stay together and play as a team,” believes Minnesota lineman Cynthia “Red” Bryant, one of two original Vixens who have been with the team its entire 15-year existence.

“This year we have one of the best teams we’ve had in a very long time,” said eight-year veteran linebacker Drue Barber. “I can actually see this team winning the championship… I don’t see any team able to stop us.”

Women can play basketball as well — the WNBA is in its 17th year, and the Lynx this season are celebrating 15 years. But it was more than curiosity about a new local women’s basketball team playing games at Central Gym in South Minneapolis that prompted me to check out one of those contests. 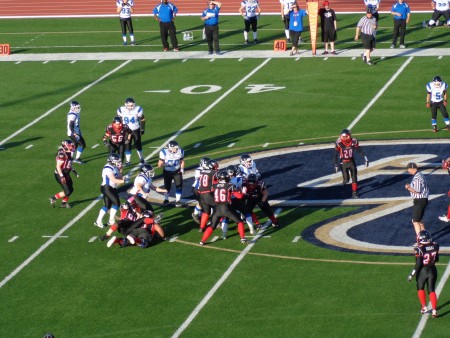 “Until they take their helmets off, you wouldn’t know what gender the players are.” 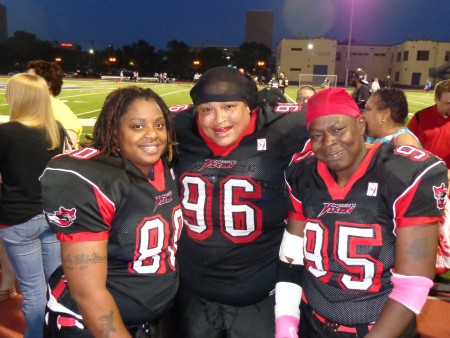 Once affiliated with the Bikini Basketball League — “Basketball League for Sexy Athletic Ladies” — the Minnesota Mist later joined the Beautiful Ballers League. Whatever — it’s tomato, to-may-toe, in my eyes. Let’s call the whole thing off.

My wish was granted when last Saturday’s scheduled Minnesota-Atlanta contest was cancelled along with the rest of the summer schedule. There’s plenty of

Bikini basketball sadly conjured up memories of a knuckleheaded women’s league’s plans to have its players wear sexy outfits. A current bikini team owner said in a press release that his players can show off “that beach body they’ve been working so hard for.”

Even the now-on-hiatus Mist, which supposedly played in sports bras and spandex shorts rather than lingerie — there is a Lingerie Football League that does just that — and despite arguments to the contrary, intentionally or unintentionally these novelty leagues cast shadows of doubt over all types of legitimate women’s basketball. They are a giant step backwards for women athletes and another laughing point for male naysayers.

Instead of ladies with fancy painted fingernails running pass routes, I would rather watch Bryant make a perfect pancake tackle, or Barber not allow a receiver to run past her as if her life depended on it.

“I’m glad my mom plays football, because she’s good at it,” says young Kayla of her mom.

Gender equity won’t fully be achieved and women’s sports won’t ever be seriously considered if ill-conceived novelty ventures are promoted ahead of real sports.