Negotiating Northern Spark, the Twin Cities’ annual all-night art and culture binge, requires a distinct set of skills. A nocturnal disposition is handy, though faking it courtesy of a caffeine-tempered gut is an acceptable substitute. Equally indispensable is a smartphone and an ease with social media. Lastly, of utmost import is an ability to just let go. With over 150 events spread across the city in only a 12-hour window, there’s simply no way to see it all. Instead it’s best to set a course for the evening and let the sites find you, happily having your mind blown along the way.

Take, for instance, HOTTEA’s “letting go” at the Minneapolis Institute of Arts. Using nothing more than yarn, gravity, and some deer fencing, artist Eric Rieger managed to playfully turn the world and our brains inside out. Through a series of contradictions, the seemingly simple piece proved maddeningly complex. His “street art” had been brought inside the walls of the fabled institution to thrive through curated interaction with the public. The three story-tall sun with mock grass beneath is, at its most literal, nature recontextualized indoors. Conceptually, Rieger cited a highly personal memory as inspiration, yet he’d made the piece knowing that visitors would make it their own while basking in its rays. 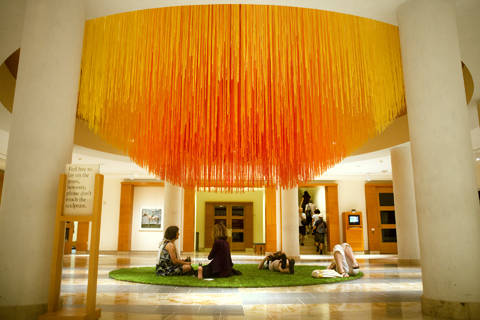 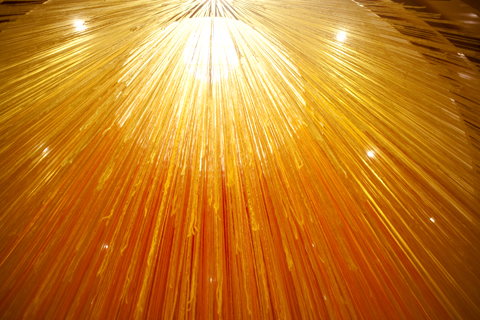 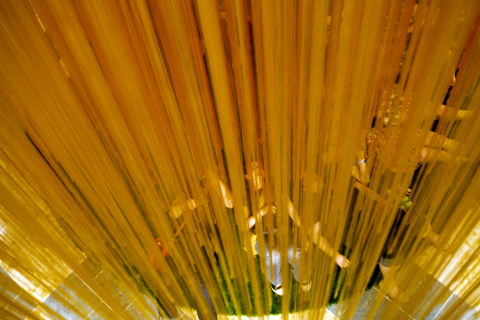 The construction of “letting go” was deceptively straightforward: dangling yarn with tones of deep red at the center fading to yellow at its edges. Yet when viewed from the side, it scrambled the brain’s ability to communicate with one’s eyeballs. Though that may sound like a detraction, ultimately the vertigo it inspired provided an entertaining glimpse into the limitations of one’s body to stare at even a false representation of the sun!

On the other end of the spectrum, we have Midnight’s Kuramoto Model (1000 Fireflies) bike ride, which proved hilarious in its shortcomings. As midnight rolled around, a thousand cyclists wearing synchronized red blinkies prepared in Father Hennepin Park before crossing the Stone Arch Bridge in formation. Despite a fearless and heavily glowsticked Mayor Rybak leading the way atop a Nice Ride, the column moved forward at a painfully slow pace. Pedestrians impeded the parade’s movement and bicycle collisions were frequent. Most participants quickly abandoned the idea of actually riding their bikes in favor of walking them. Even with the city’s delightfully absurd ringmaster at the helm, the Kickstarter-funded event collapsed under the weight of its popularity. 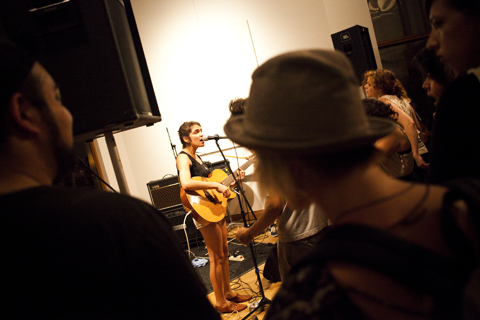 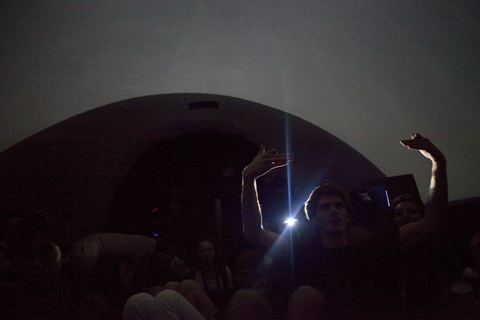 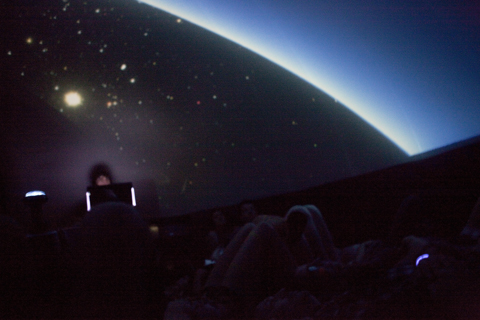 Perhaps the most awe-inspiring and thematically relevant Northern Spark event was tucked away alongside the Weisman Art Museum’s much more well attended Don’t Wake the Neighbors Concert. Every half-hour, thirty guests were admitted into an adjacent gallery to Soar Through the Universe in ExploraDome’s portable, interactive planetarium. At the start of the tour attendees were a little rowdy and tipsy, but all that faded away within the first few minutes of our intergalactic tour. Our guide manipulated the visible universe while fielding questions from the crowd as we spun and zoomed through digital images of our solar system, the Milky Way and other galaxies millions of light years away. An awed silence had fallen, punctuated only by gasps, “Ooohs” and “Ahhs.” Finally reaching the outermost projections of the known universe left us staring 13.7 billion years into our past. Stumbling out into the museum’s light, it was plain that not a single person had escaped a mind-blowing ego recalibration.

As the sun rose, the festival’s denouement was best witnessed from the vantage point of the Foshay Observation Deck. The contrast between the activity the Foshay fostered throughout the course of the night—as recorded by participants and played back on Carly McMorrow’s interactive, looping audio installation—with all that it had witnessed in the course of its 90-plus year existence was dramatic. 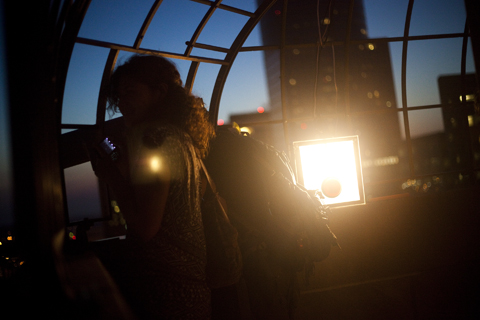 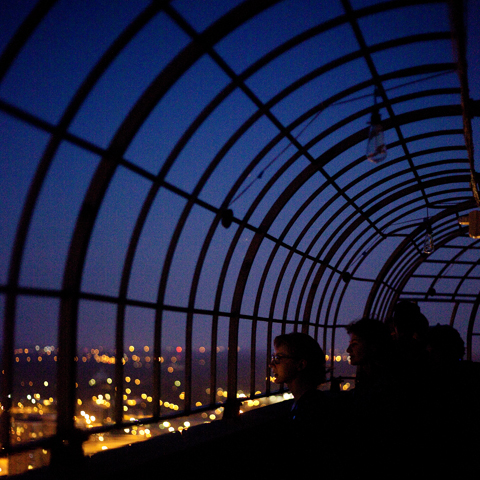 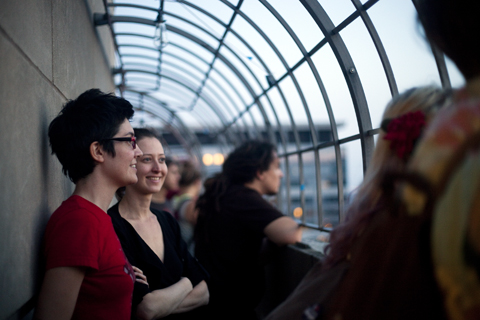 Even more so was the collective understanding that the new day’s arrival signaled the close of an evening that had been so personally significant, yet may very well turn to dust when viewed through history’s long lens. Minneapolis’s nightcrawlers were pensive as they witnessed the literal incarnation of Northern Spark’s mission of “seeing the Twin Cities in a new light.” Eye-to-eye with the IDS Tower and the rest of the city’s sleeping giants, this had never seemed a more wonderful place to call home. 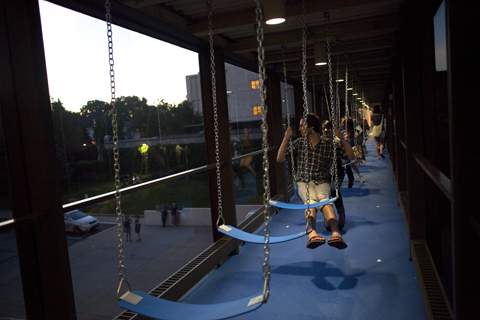 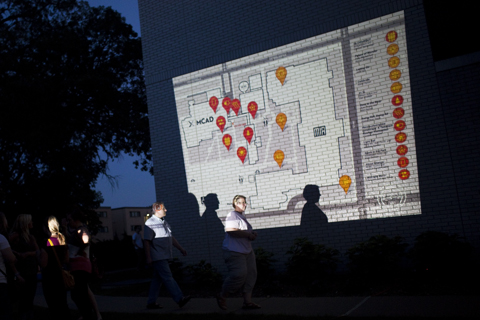 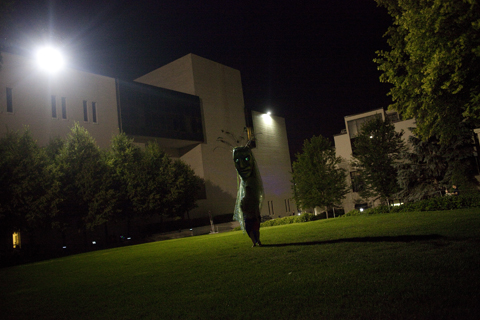 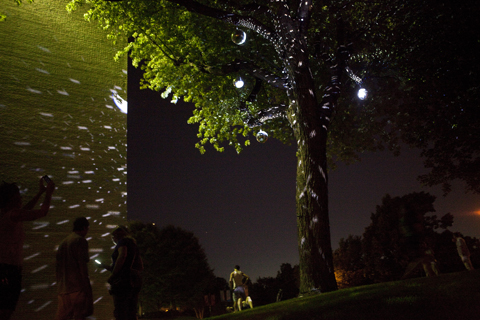 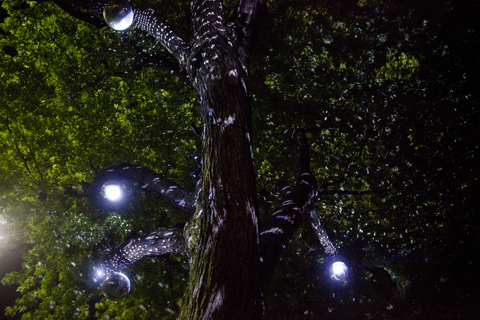 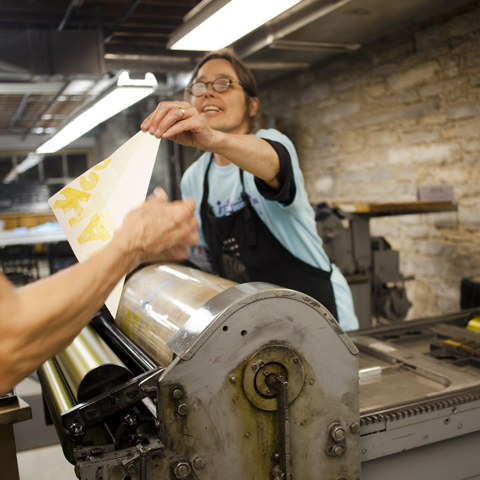 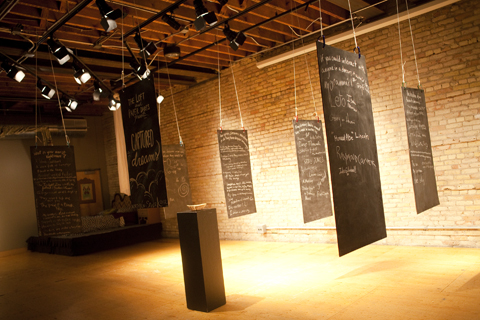 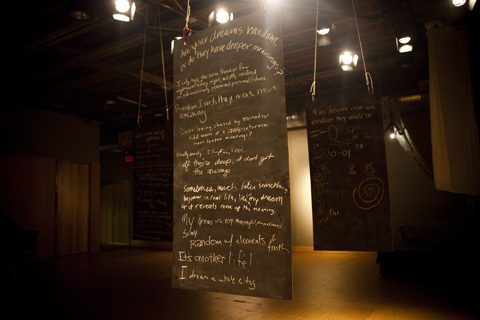 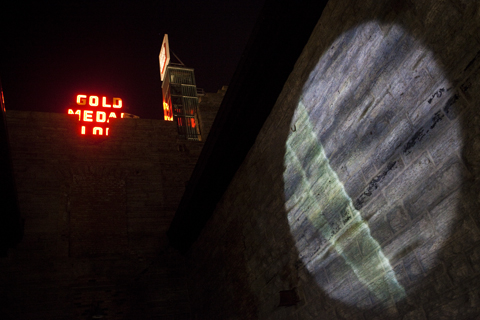 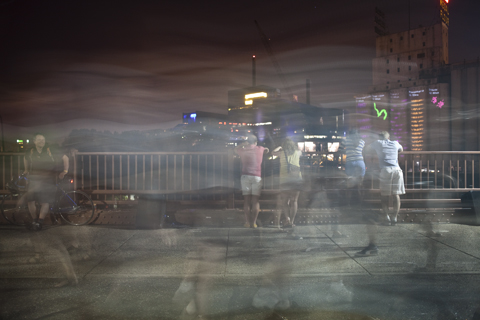 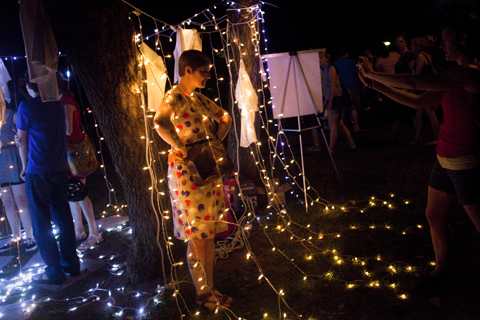 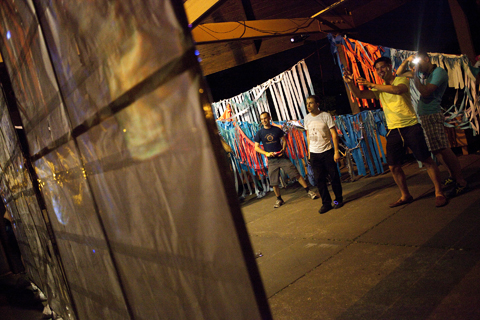 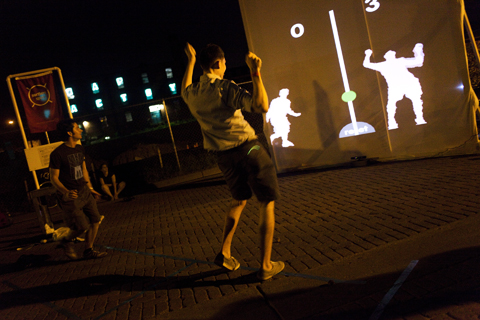 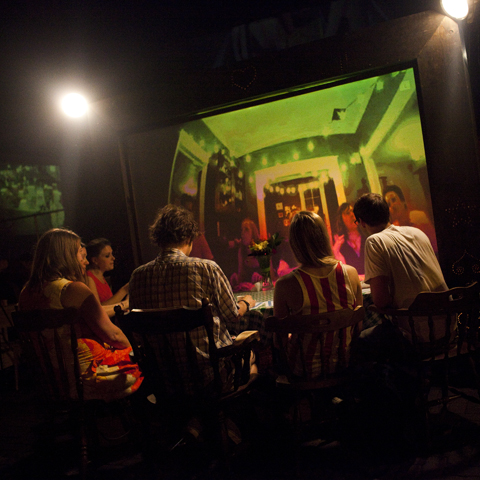 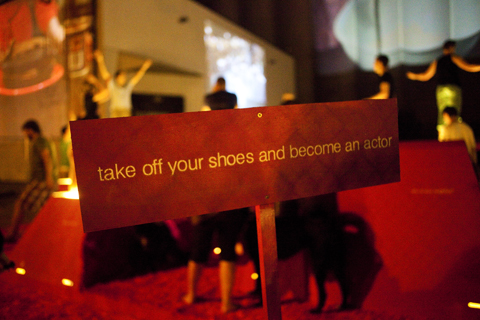 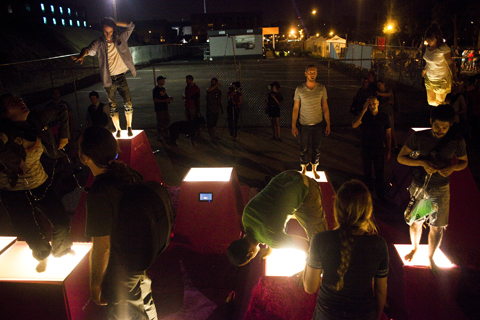 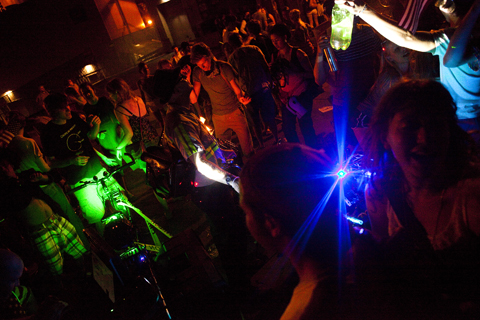 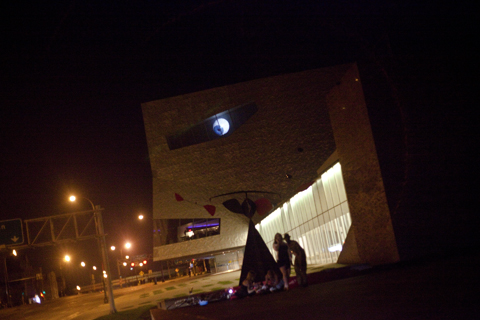 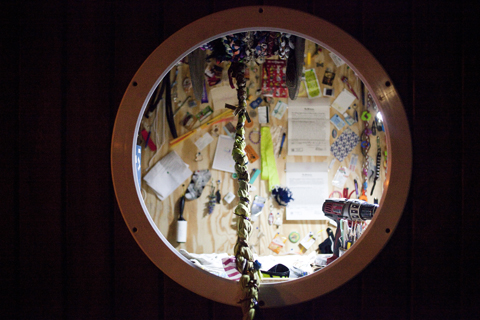