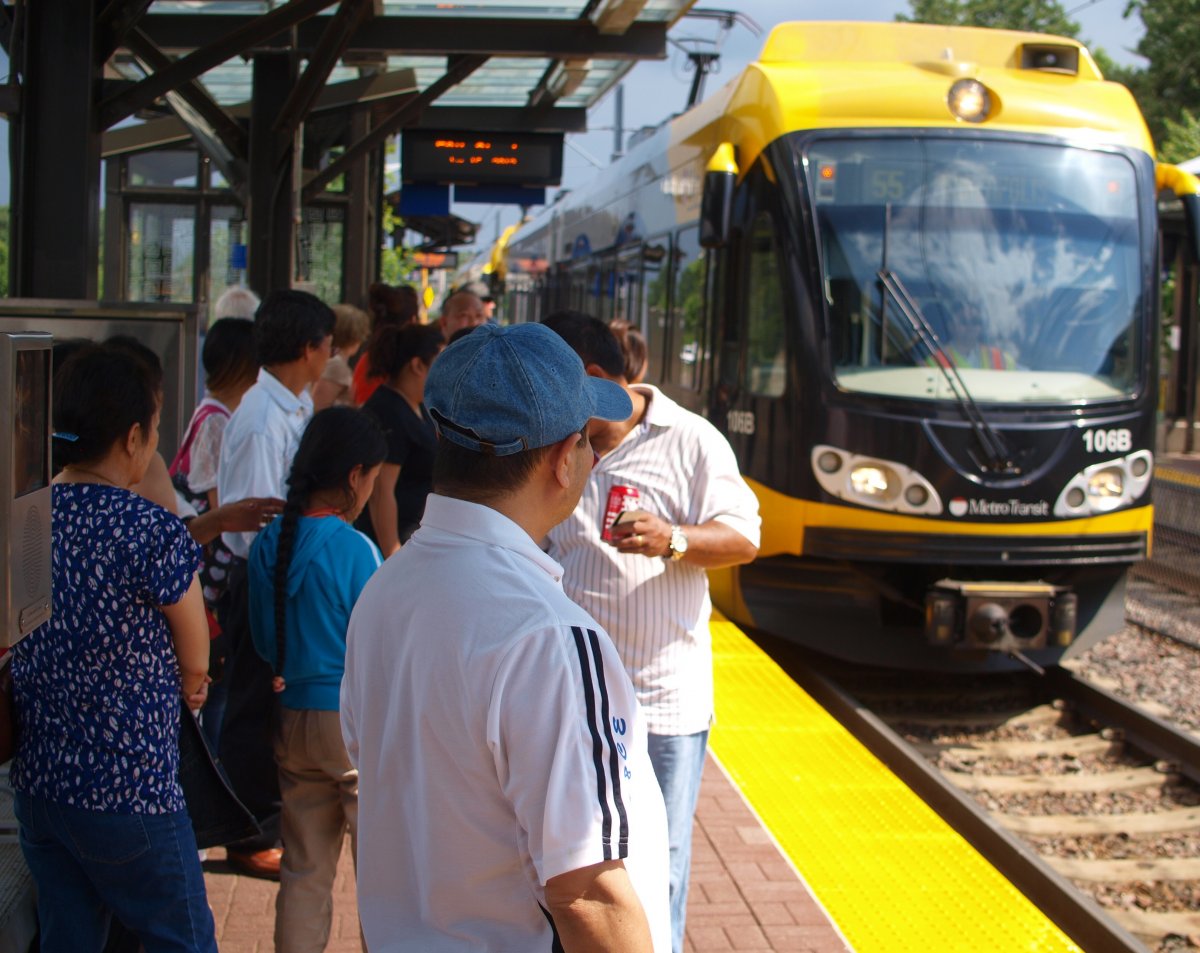 All the trip-goers live in north Minneapolis, and many live in Sumner Olson Townhomes, near the proposed Bottineau LRT route along Olson highway.

Before heading off to Mall of America, the trip-takers were asked about their usage of city buses.  Most said that had ridden a city bus at some time in their lives.  However, none had ridden the bus in the past week, and less than half had ridden the bus this year.  Most had never ridden the Hiawatha LRT. 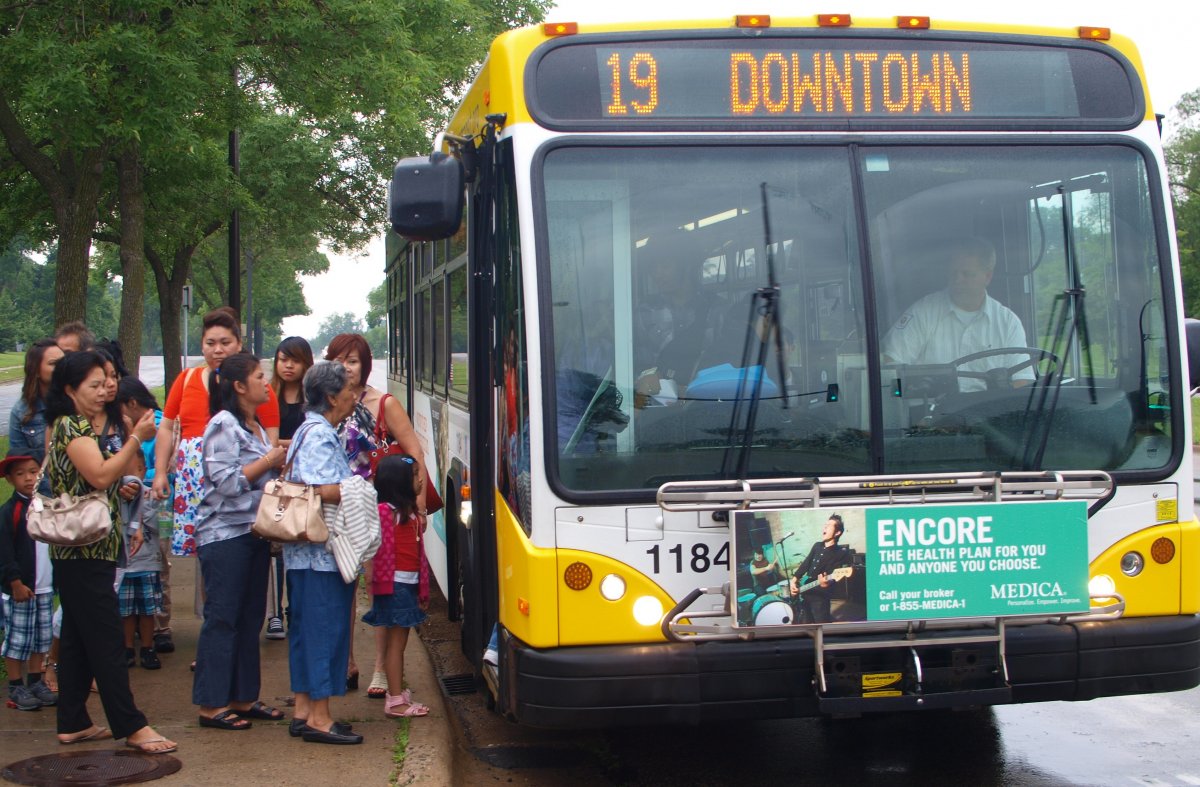 They said they used the bus for going to the hospital, doctor’s appointments, job interviews, and graduations.  They liked using the bus because it saved them money and parking, and they didn’t have to start their car in the winter.  They didn’t use the bus more often because they were afraid to get lost, didn’t know the route, were confused on times and transfers, and  sometimes the bus didn’t go where they needed. 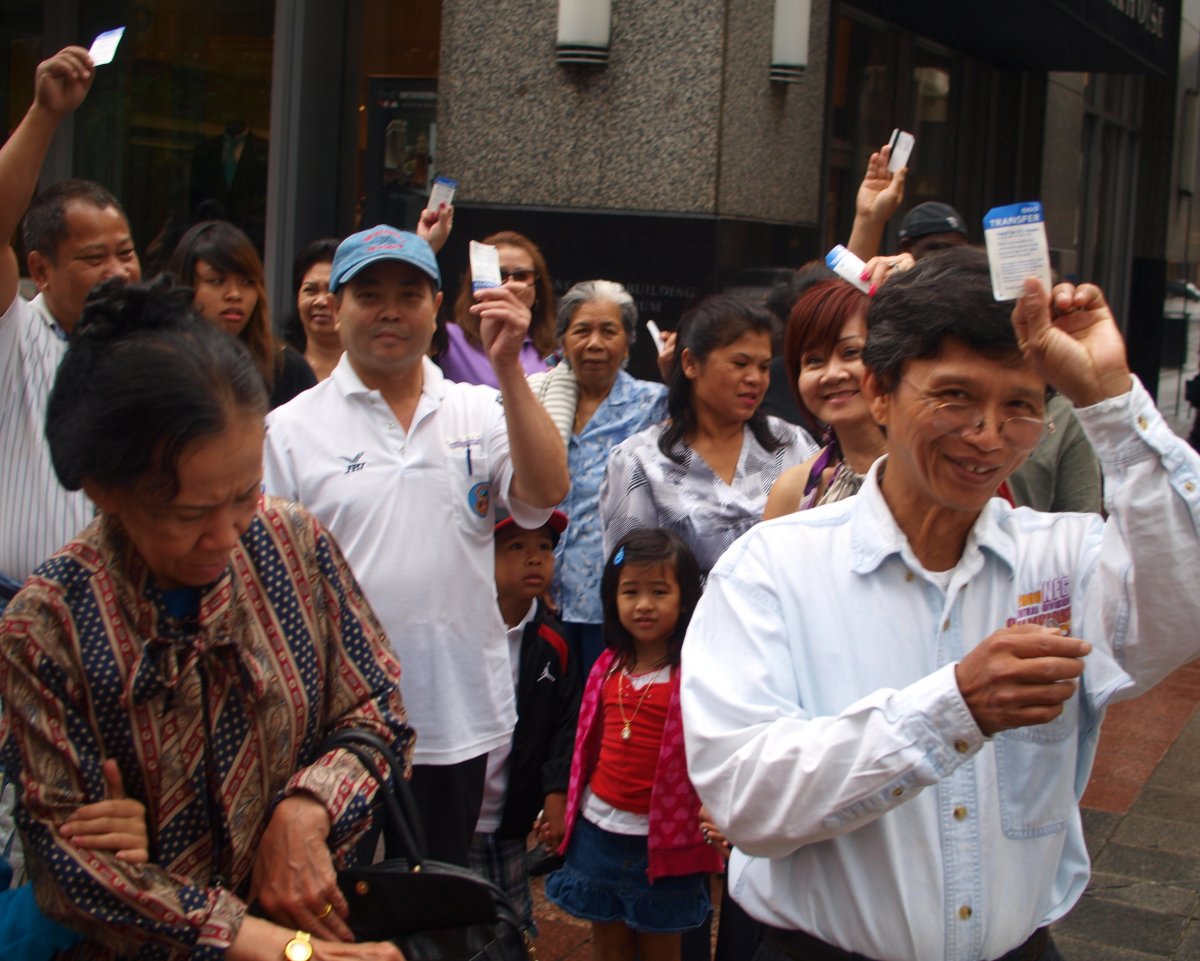 They boarded a city bus in North Minneapolis, then transferred to the LRT downtown.  They stopped at  the Cedar Ave. station on the way to the mall, to get  a good look at a station  in an immigrant-heavy residential area. 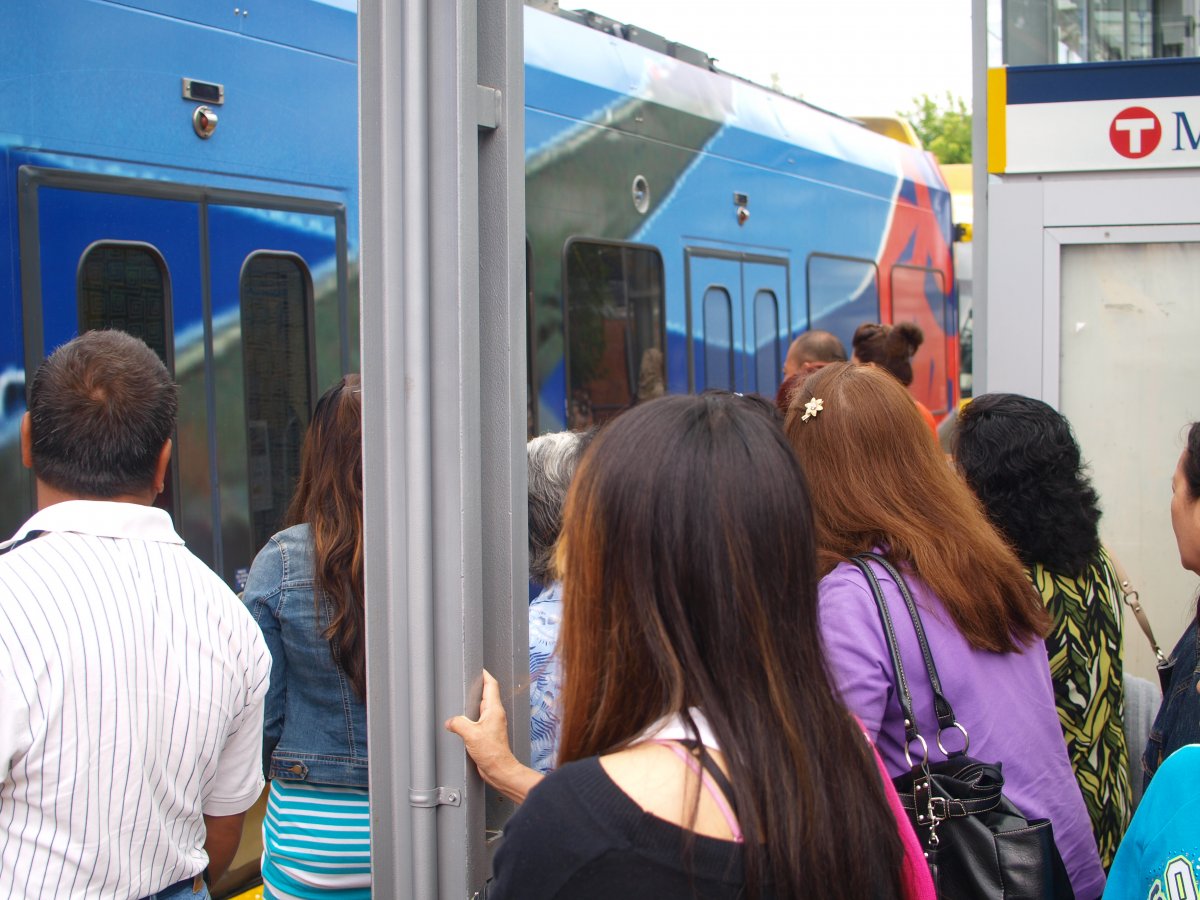 After inspecting the Cedar Ave. stop they said they liked the train because it was faster than the bus, was smooth, fun, clean, and safe.

Ideas they had for improving the train included:  less noise, more heaters, more roofing, more benches, bathrooms at every stop, more walls and fencing, wider yellow safety strips with words saying caution, and a strobe light when trains are coming.  They also wanted to see signage in Lao and other languages.  Some said they did would not feel safe alone.

Everybody enthusiastically raised their hands when asked if they wanted Light Rail Transit in north Minneapolis. 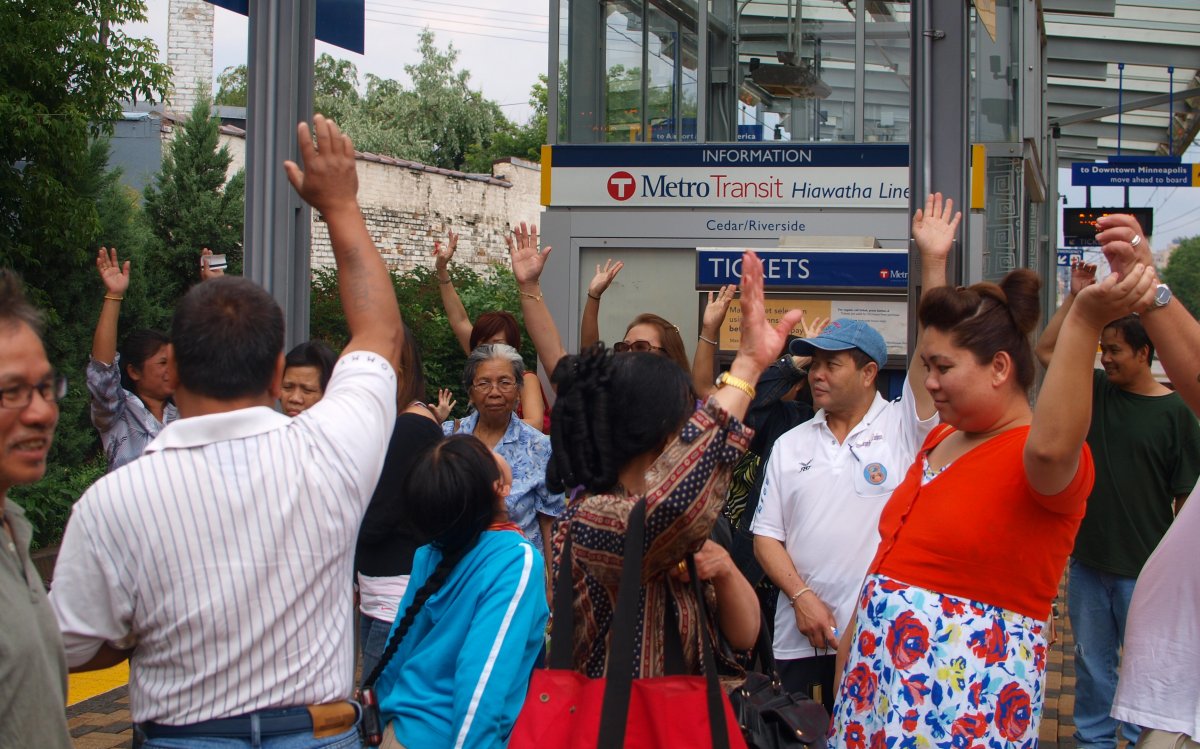 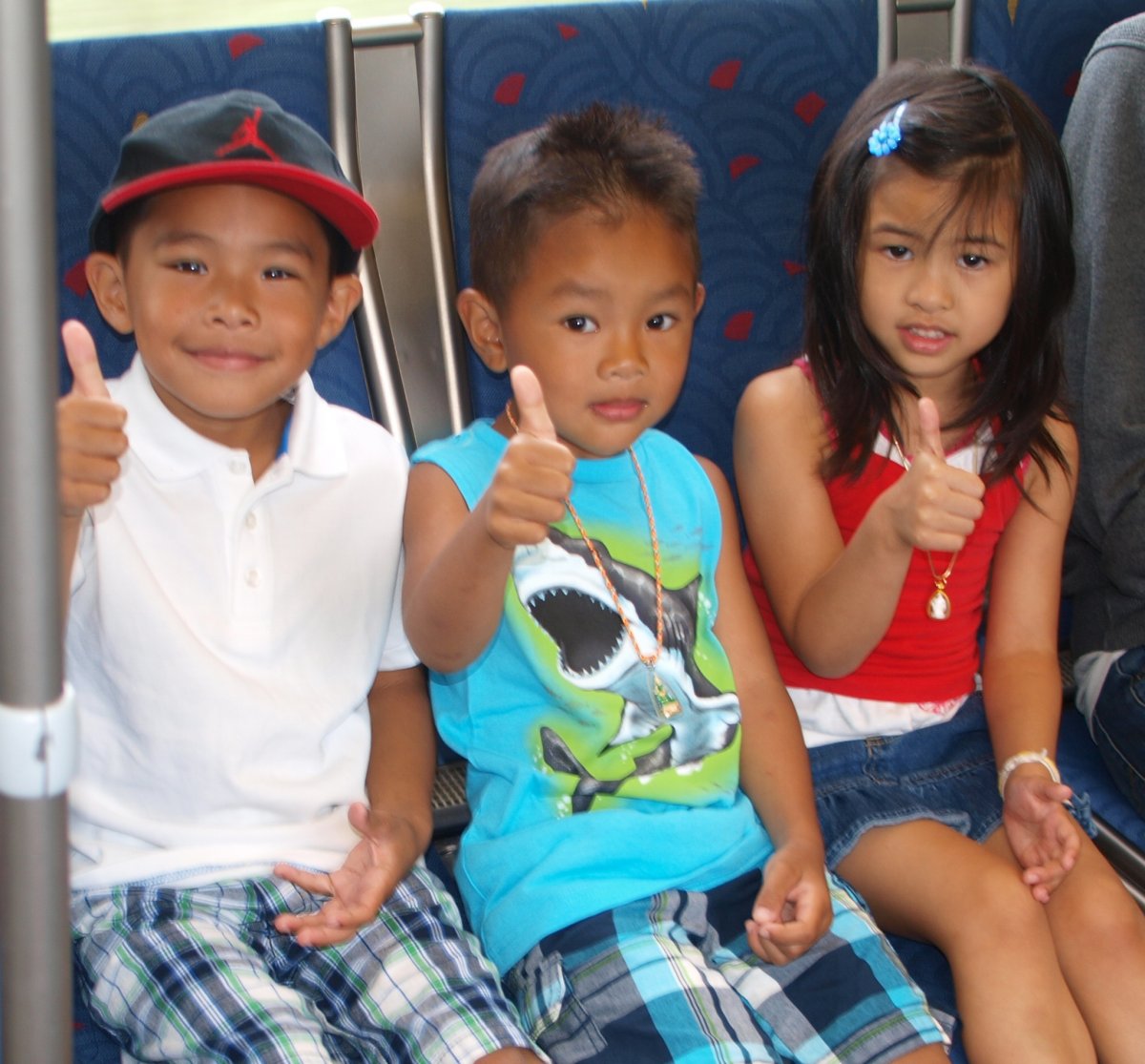 They stayed at the Mall of America for a couple of hours, then headed back home, stopping first at Minnehaha Falls to join festivities for World Refugee Day. 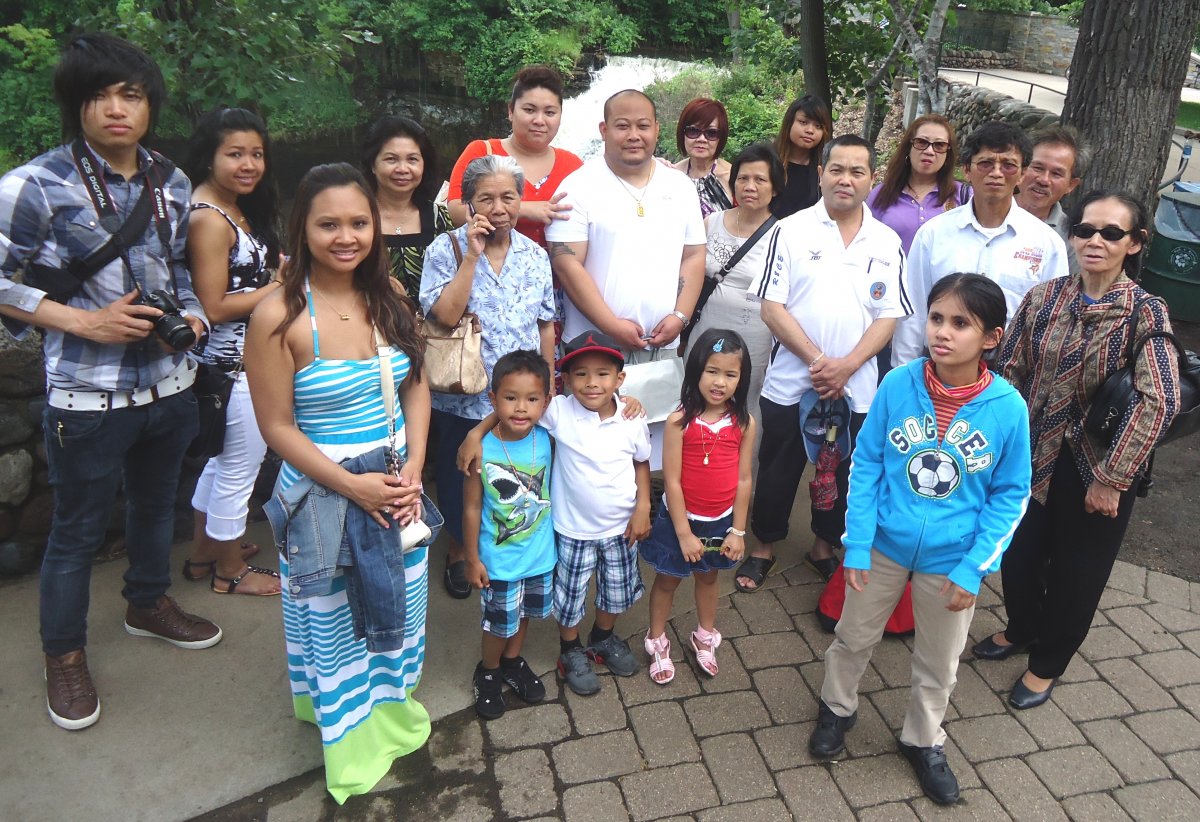 As they exited the train and trudged through downtown looking for the bus stop, they said they looked forward to the day the train  could take them straight home. 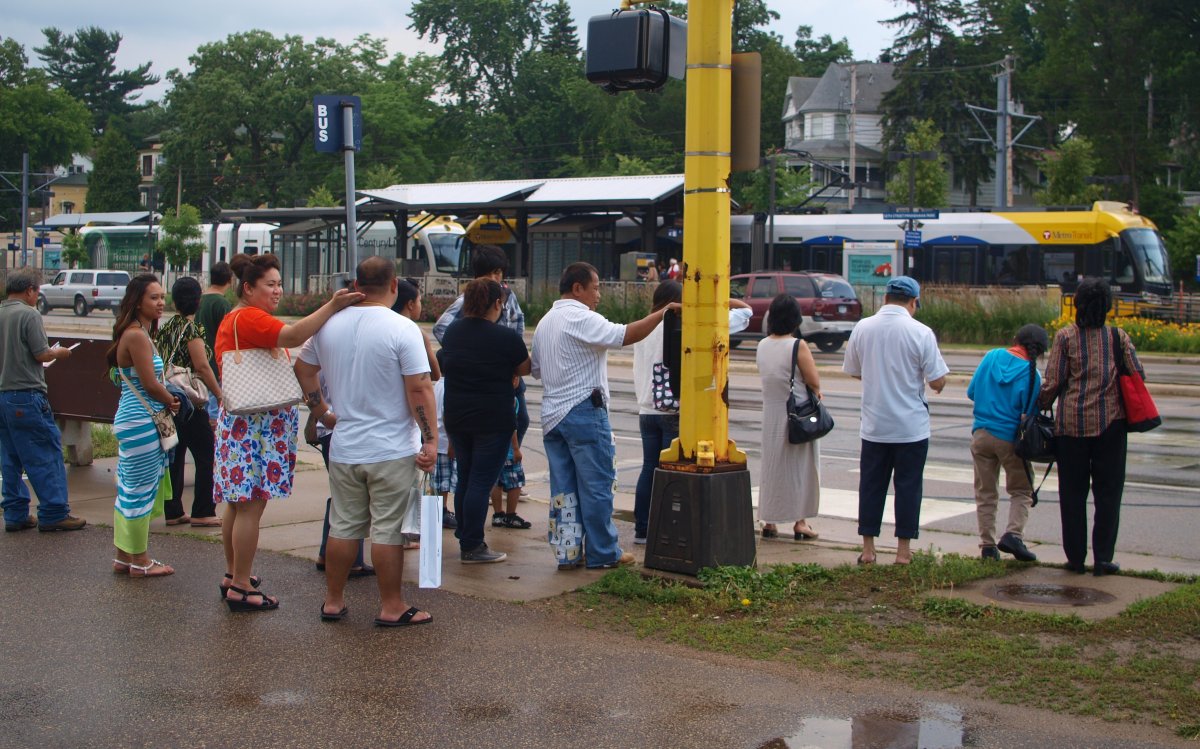 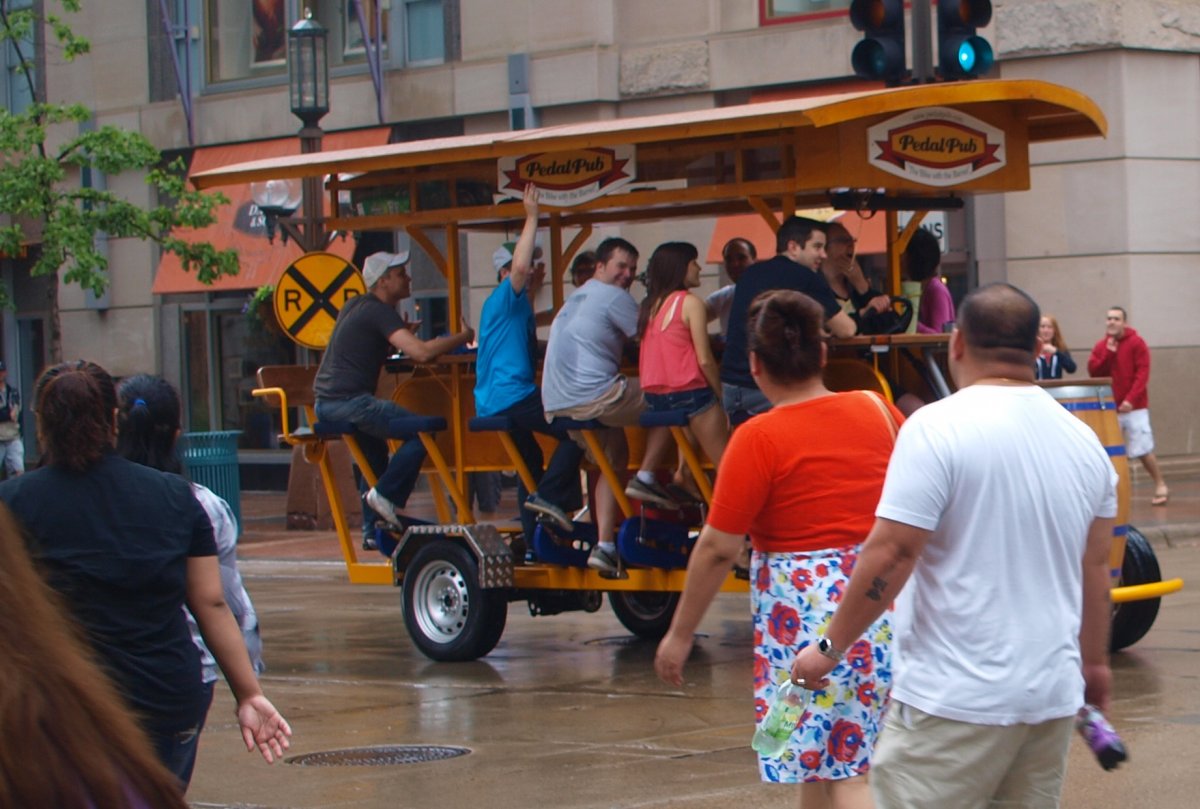 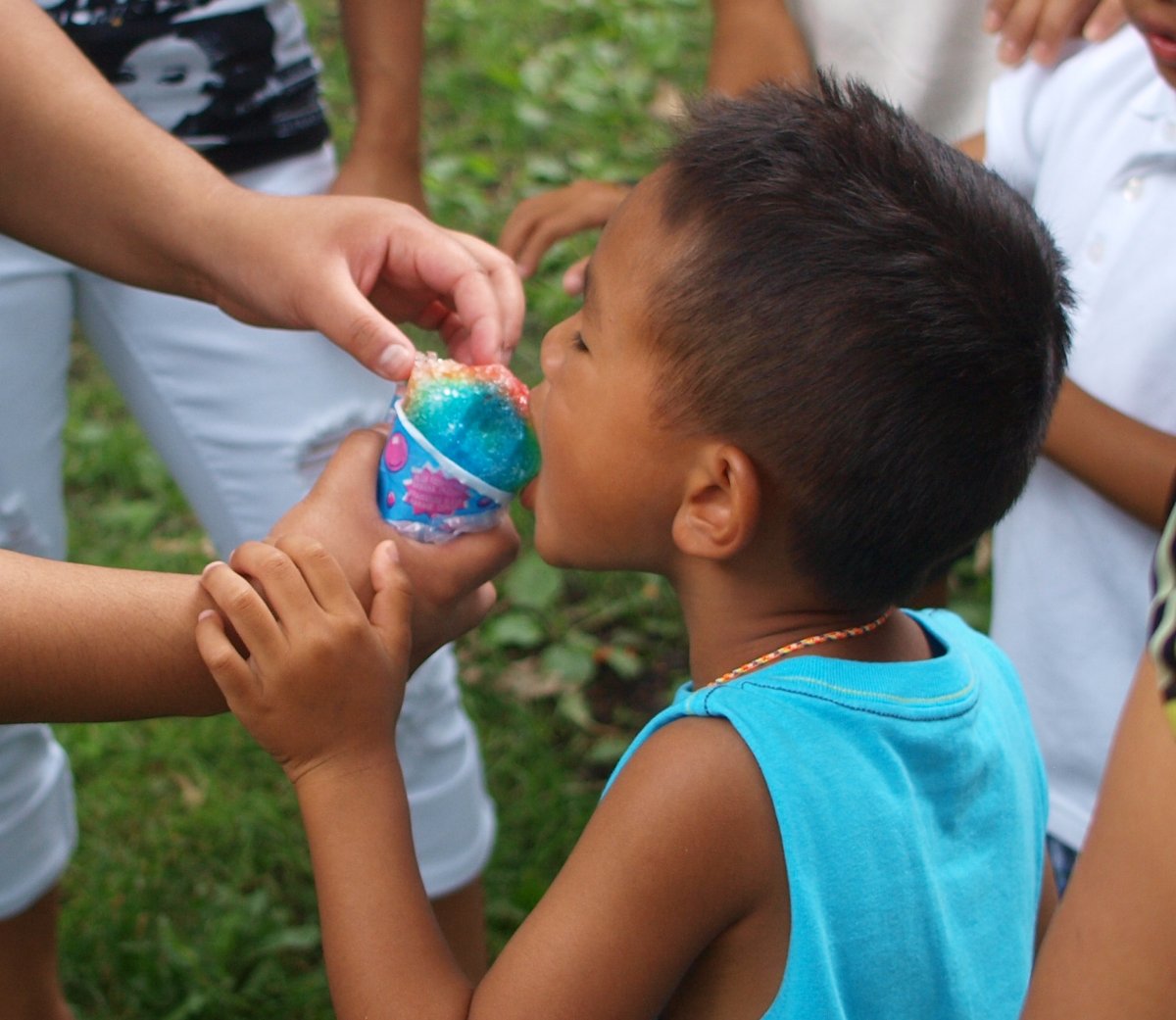 Cooling off after a hot day’s work!