Recently, within a day or two of each other, came two links: one from a present day and lifelong North Dakotan; the other from a born and raised, but many years out-of-state North Dakota native.

Here is one, an article and photo album from The Atlantic magazine about the oil boom in western North Dakota.

I’ve seen quite a number of articles, photos and commentaries about the second boom in ND’s Williston Basin (I lived there, at Ross as an 8th grader, in 1953-54, so experienced mostly the down-side of it, then). I wonder, often, about the true “cost-benefit analysis” of the boom: there are big (money) benefits, yes, but what are the short and long-term and huge costs, not just in money terms….

The below photo is the other, following by a day the North Dakota legislature and Governors action outlawing abortion, deliberately pushing the envelope on the matter of State’s Rights (one would presume) 40 years after Roe v. Wade. 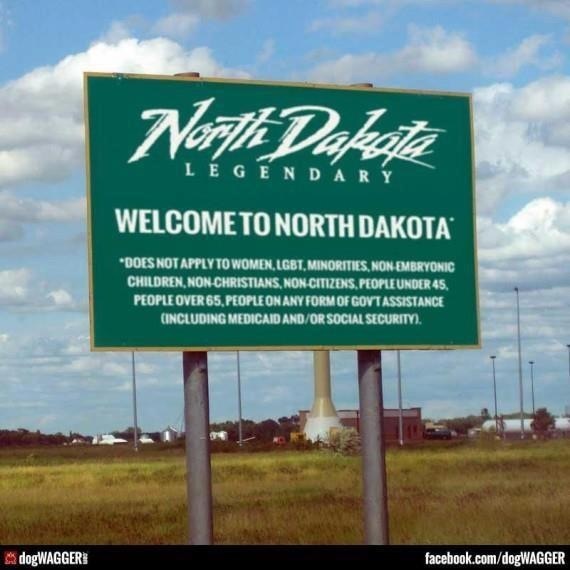 Both the article and the photo come from fellow alumni of Valley City State Teachers College ca 1960-62.

Both the article and the photo, in my opinion, illustrate that all is not all that simple in the state of my birth, my home for all but 28 months (21 of those in the U.S. Army) of my first 25 years of life.

I’ve been absent from North Dakota for the last 48 years, but North Dakota is a very big part of me. The first family member saw the Missouri River at Bismarck with Gen. Sibley’s forces in 1863; my descendants have lived in what was to become North Dakota since 1878.

When I began this blog in 2009, I decided to include two photos on the home page. One is of a North Dakota country road between Berlin and Grand Rapids and my uncle and aunts beloved dog Sam (dec 1995).

The other (below), looking north from Hawk’s Nest west of Carrington ND, was taken at the time of the Sykeston community reunion in July, 2008, also the 50th anniversary of my high school graduation from Sykeston High School. 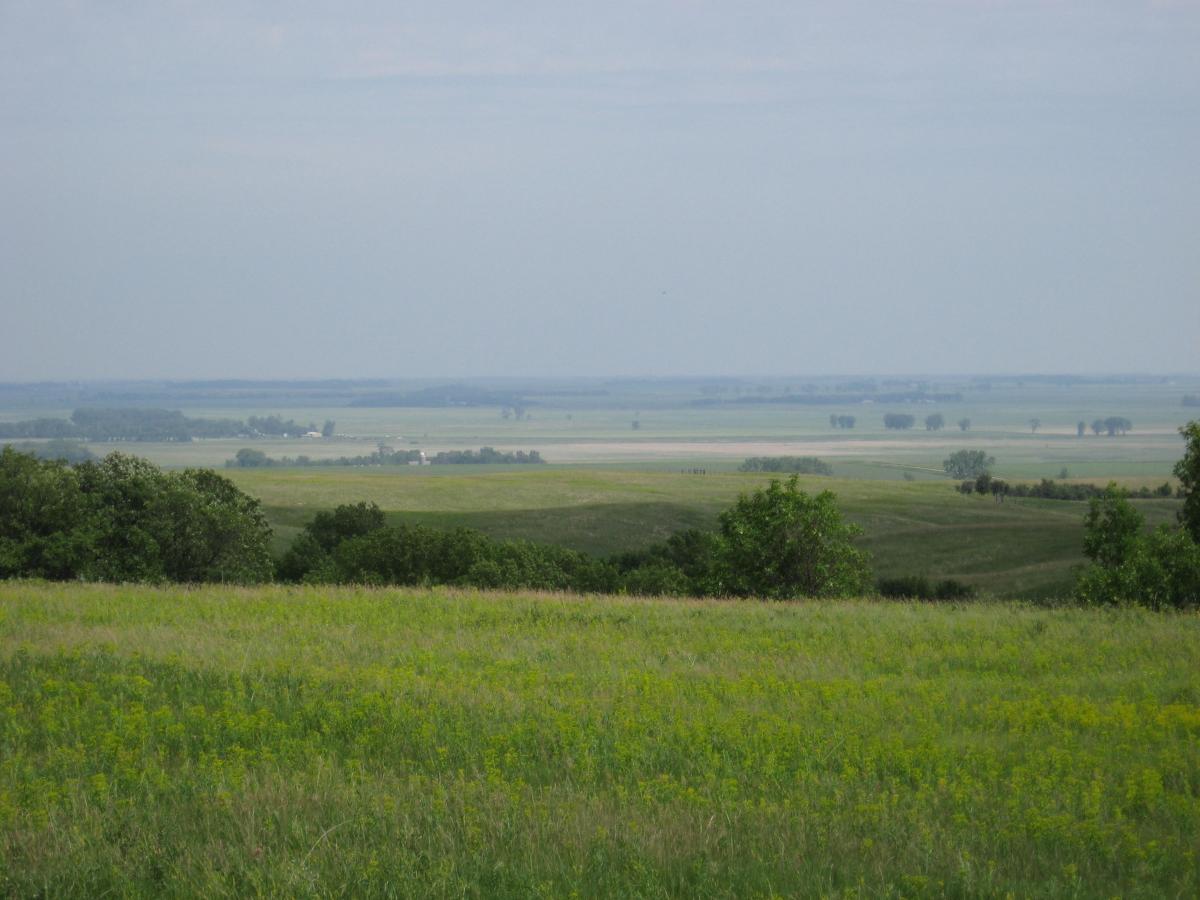 Photos, it is often said, speak thousands of words.

The landscape from Hawk’s Nest is the North Dakota I remember. The billboard above, likely a creation of photo shop technology, has a far more harsh message about North Dakota in this Easter week, 2013.

The billboard “photo” speaks its own volumes.

Early this week the North Dakota legislature passed, and the Governor signed, one of the most draconian anti-abortion measures ever passed anywhere in the country. There are thousands of words, including the Governors own, about the intention of these laws and the upcoming citizens initiative in the state of North Dakota. The months ahead will determine the wisdom – or stupidity – or unbridled arrogance – of North Dakota’s elected leadership.

The people will decide.

What the folks at the capitol building in Bismarck may not have adequately considered, however, is that most of we North Dakotans by birth and upbringing, no longer live in North Dakota, and may have our own stories, and our own ability to impact on the decision making in the state that we may not, now, physically live; but whose geography and history lives on in each of us.

This goes for me as well.

I left North Dakota in May, 1965, for a very simple reason: my wife was dying. In fact, she died at the University of Minnesota Hospital two months after we crossed the North Dakota-Minnesota line. Three days before she died I had signed a contract for a new job in the Twin Cities, and except for visits, I have not gone back to my “home state”.

But I do go back every year, and will, again, go back in May.

My heart is always there, in North Dakota.

But, back in 1965, only two months before I left North Dakota, the possibility of abortion needed to cross the minds of Barbara and I. I wrote about how this came to be in one of my early blog posts, which has a simple heading “Abortion”, and was filed in October, 2009. You can read it here.

Even then, we had no available legal options.

Today, I can add a small financial “voice” to the upcoming struggle in ND, and will do so; and I am still deciding what to convey to the ND Governor and Legislators representing the many towns that I lived in back then, including Elgin, from which my wife left in an ambulance near the end of May, 1965.

Gov. Dalrymple and the prevailing legislators may consider themselves to be clothed with great authority.

The people will speak….

I’d ask you to consider passing this commentary along to others.