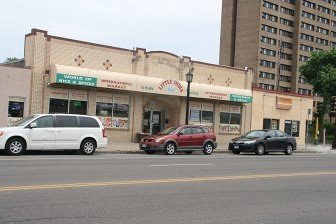 Free parking in front or back of Little India.

It’s mid-afternoon on a weekday and as usual, Little India, one of the Twin Cities’ oldest and most established Indian grocery stores, is filled with people. There’s a long line in the narrow aisle leading to the two registers and another front of the halal meat department. People crowd around at the dessert counter to pick up some of the freshly made Indian sweets. Many of the customers are from India or Pakistan, but not all.

Kahn came to Minnesota from Hyderabad, India in 2002, joining his father, mother and big brother who’d moved to the Twin Cities 10 years before. Until six years ago, the family store had been part of the Patel Supermarkets, one of that chain’s more than fifty locations spread across in 20 states. But, the Kahn brothers cut ties with the Patel brothers and renamed their store ‘Little India.’ They wanted to create a locally owned business that focused on a greater variety of products and better customer service. 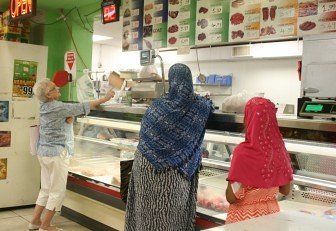 Photo- Customer Blanca Grandi talks to one the store’s butcher in Spanish. 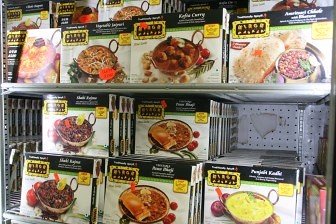 Indian TV dinners are popular with everyone. 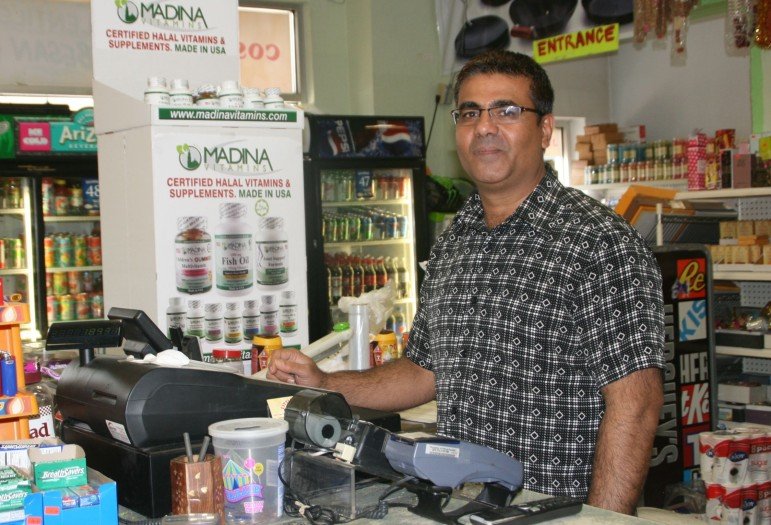 Faheem Khan does everything, including working the register.

Kahn says that the rice, especially basmati rice, the lentils and the hundreds of spice mixes are his biggest selling products. But, he says, a lot of people come to the butcher counter for chicken, goat, beef and lamb, cut to order.

Long-time customer Blanca Grandi gives her order to one of the butchers in Spanish. Grandi is a caregiver for Sabir Dairkee, who came to Minnesota from Pakistan in 1962 and now, at age 85, says he still craves food from the old country. “I’ve been coming to this supermarket since it opened,” he says. “They’ve done a really good job at merchandizing.”

“I bring him here from South Minneapolis once a week,” Grandi says. “We come for the Halal meat and for the great service. You can find anything here. It’s good quality and the prices” – she holds up a 2 lb. jar of organic chia seeds – “look at the price. It’s $12.99. You go to Whole Foods and it would cost you 50 bucks.”

Next to the meat counter are frozen fish from Bangladesh, India and Pakistan, varieties not found in most local supermarkets, such as Bengali catfish steaks and large pearlspot fish, pulled out of the Ithikkara River in Kerala, India.

The sprawling store is chaotic and a little disorganized. Bollywood celebrity news, in Hindi, plays loudly on two TVs. There’s a main spice aisle, but spice mixes appear on random shelves around the store. Toward the front of the store there’s a small rack with ready to fry unleavened breakfast puri, stacks of tortillas and sliced Sara Lee white bread. Frozen food sections line opposite walls of the store. In a small, almost hidden room, you can find boxes of kitchen wear, stacked randomly, spilling off shelves and on to the floor as well as small devotional statues of Hindi deities. If you can’t find what you need, just ask someone who works there.

Kate Sciandra, who lives in the neighborhood, shopped at Little India when she was serving as the official head cook during two-day long retreats at Uptown’s Zen Center. This time, she was shopping for herself, picking up ingredients to make dinner. “I’m on a lassi (the classic yoghurt drink) kick,” she said. “Mango lassi, with lunch. I’ll have to pick up some black salt to make salty lassi next.”

Sciandra points out long aisles filled of dozens of kinds of tea, pickles and chutneys, variety of oils and cooking sauces from India and elsewhere. A whole room is dedicated to flours – chapatti whole wheat, multi grain flour (with wheat, soy, oat, ragi, jowar), atta flour, (containing the germ and endosperm but not the bran,) and huge family-sized bags of rice.

If you’re not up to Indian cooking, there are dozens of subcontinental frozen dinners and appetizers to heat and eat. So if you’re craving, Dal Makhani, Chicken Bombay, Matar Paneer, or any of your Indian restaurant favorites, you can grab and go. Kahn’s favorite is Tandoori Chicken he says, “But we make it at home, from scratch.”

Kahn says he loves his job running the supermarket. Up until a few years ago, he says, you could get an Indian meal at the store’s restaurant next door, but the Kahns now lease the space to Dire Dawa, an Oromo-Ethiopian restaurant. “Having the restaurant in addition to the store was too much work,” he said. “I didn’t have any social life. I never got to see my family.” Now, Kahn, he can relax a bit, working only six days a week. “I do everything,” he says. His duties go beyond management. “I run the register, do the ordering. I do everything,” he said. “And I love working with the customers. I want us to have the best selection and the service for them.”

You can find Little India at 1835 Central Ave. NE in Minneapolis. 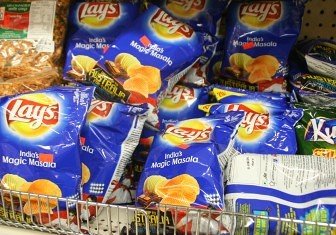 Some foods you can find all around the world. 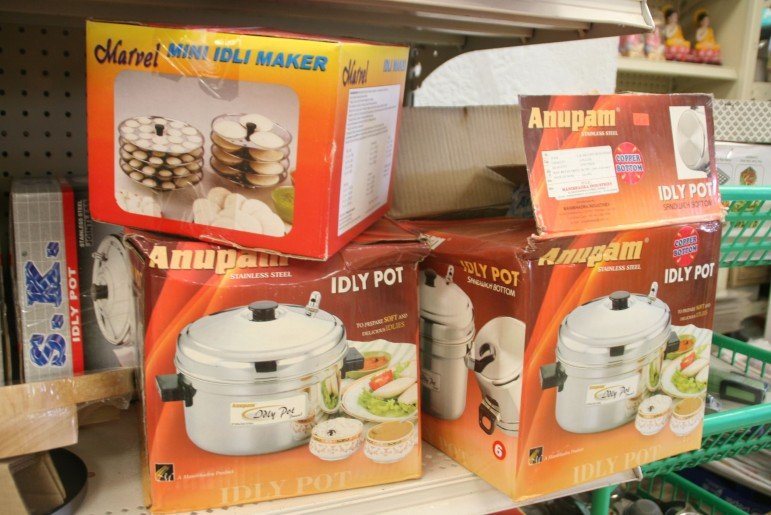 To make an Indian breakfast, you might want a stainless steel idly pot.