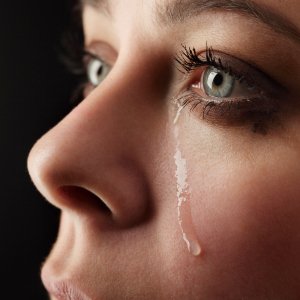 During [Thursday] evening’s “Thursday Night Football,” the NFL is unveiling the first of a series of public service announcements denouncing domestic violence and sexual assault. While the PSAs are a move in the right direction, they should be only the first down in the NFL’s game plan to address Ray Rice’s assault of his then-fiancée and other incidents in which NFL players have abused women.

At 2:52 a.m. on February 15 (the conclusion of a Valentine’s Day celebration), Ray Rice assaulted his fiancée, Janay Palmer, in the elevator of an Atlantic City Casino. He slugged her hard enough to leave her unconscious and unresponsive to his kicking attempts to wake her. He dragged her, unconscious, from the elevator, and dropped her on the ground, where he was spotted by onlookers. Security and police arrived.

Prior to Rice delivering his knockout punch to his then fiancé, witnesses indicate he spit in her face, once outside the elevator and once inside the elevator. She then allegedly responded with some physical moves, at which point Rice delivered a fierce blow to her face.[i] Palmer slammed into the elevator wall, her head hit a hip-level rail as she fell, and Palmer ended up unconscious on the floor of the elevator.

Rice and Palmer were each charged with misdemeanor assault. On March 27, Rice was charged with Third Degree Aggravated Assault, a felony carrying a sentence of three to five years. The charge against Palmer was dismissed.[ii] Rice and Palmer married the next day, March 28. Spousal privilege may prevent a wife from testifying against a husband.[iii] One can only wonder whether Ms. Palmer married out of love and hope for the future, or fear of reprisal and further violence at the hands of Ray Rice.

Rice was permitted to enter a diversion program to avoid a conviction, as long as he completes anger management counseling. His team, the Baltimore Ravens, stood behind him throughout the prosecution. “This is part of the due process for Ray. We know there is more to Ray Rice than just this one incident.”[iv]

The NFL handed down a two game suspension to Rice, plus fined him his third game check. NFL Commissioner Roger Goodell admonished Rice to continue with the court ordered counseling he and his wife found of benefit.[v] A public outcry at the leniency of the punishment had no effect. However, release of the complete video of the assault, showing the viciousness of the assault, and Rice kicking an unconscious Palmer, resulted in the Ravens’ releasing Rice from his contract and the NFL suspending him from football indefinitely.

Janay Rice has appeared in public, accusing the media of using the Rice family’s personal misfortune to drive ratings and ultimately destroy her husband’s career. [vi]

What lessons can we take from this incident, and what does it teach our children?

The Ravens and the NFL stood by their man. The Ravens even “tweeted” a comment that Janay “regretted the part she played in the incident that night.”[vii] They held a press conference in which Rice apologized to everyone for his actions, except his wife.[viii] And, they supported Rice with public comments about what a fine player he is and suggestions that there were ‘reasons’ for the assault.[ix]

Blaming the victim is nothing new. Men have been blaming the women they beat, since they first began beating women. And, members of the community, including police, prosecutors, healthcare providers, neighbors and friends, often do the same. It’s easier to blame the victim than to take a good hard look at ourselves, and, in the case of the NFL, the violence of players that is tacitly condoned by owners and management within the league.

Domestic violence charges account for 85 of the 713 arrests of NFL players since 2000, according to a database compiled by USA Today.[x] So, the NFL has had plenty of experience dealing with domestic violence by its players. Its treatment of the Rice case was not a misstep, taken through lack of knowledge of or experience with this issue. Supporting the perpetrator, while embarrassing and blaming the victim, is an effective tactic taken all too often in domestic abuse cases. One can only wonder at the perspective of men who punish a steroid offense with a four-game suspension, while punishing a domestic violence assault with a two-game suspension.[xi] An analysis by ESPN’s Datalab found that NFL players are more prone to arrest for domestic abuse than comparable populations outside the NFL.[xii] Maybe that’s not surprising, given that the league, to date, has pretty much sided with the players, against their victims.

A violent assault such as this, unfortunately, is seldom a one-time occurrence. Domestic violence typically follows a pattern of using violence and other abusive techniques to control the behavior of another. Men use domestic violence to achieve their own goals. Women who are abused come to believe that if they just look prettier, keep the kids quieter, keep the house cleaner, get the food on the table sooner, don’t see their girlfriends, quit their job, or act more interested in intimacy, they can keep an abusive partner from acting out.

The woman in an abusive relationship may feel driven to act out violently for self-protection or to escape, or to try to control when or where an assault may occur. Male batters typically use violence to establish control in the relationship; women who use violence typically use it to control the immediate conflict situation.[xiii] It is imperative that police and prosecutors look not just to the isolated acts of the parties, but at things like the degree of injury, the sizes of the parties, the force involved, any long term patterns, etc. The psychological, physical, and emotional toll of domestic violence is never just a private matter; it has wide reaching economic and social effects, and must always be treated seriously.

The prosecution says it treated the Rice case as it does any other first time charge of domestic violence.[xiv] Many, if not most, people probably thought the plea bargain was the right outcome. Until they saw the video—a video that the prosecution viewed before offering the plea bargain that spared Rice a conviction.

Most victims of domestic violence don’t have a video of the assault. But, even with a video showing a vicious attack by a well-known and respected sports figure, a role model for many young people, prosecutors felt no compunction about a plea bargain offering dismissal in exchange for counseling. Maybe this is truly the type of assault they regularly encounter, and so the fact that there was a video and a well-known public figure made no difference in how they handled the case. Or, perhaps Rice benefited from his fame and fortune in ways another man not so blessed, would not.

The goals of prosecution should be: (1) to protect the victim, (2) to hold the defendant accountable and deter him from further violent acts, and (3) to communicate to the community that domestic violence will not be tolerated.[xv] It seems that the prosecution in this case fell short on all goals.

What of Janay marrying her assailant? Unfortunately, that too is not so unusual in domestic violence cases. Women often have a hard time leaving an abusive relationship. They may be economically dis-empowered, they may fear custody battles over children, they may fear more extreme abuse if they leave, and they may have nowhere to go. Or, if they leave, the abuser may sweet talk them into returning with promises to change, to behave better, to provide gifts, etc. On average, women in abusive relationships leave seven times. They, too, stand by their man. Janay Rice’s statement “regretting” her part in this incident, and pleading for privacy for her family may simply be indicators that she’s succumbed to a message that the violence is her fault and she has no power in her relationship.

Since it’s become apparent that the NFL fumbled the ball on this one, some members of corporate America spoke out. Nike severed an endorsement deal with Rice. Anheuser Busch indicated it is extremely concerned. The NFL was finally convinced to take another look at its domestic violence policy, which was changed to provide for a six game suspension for a first offense; a second offense results in a lifetime ban from the League. And the Ravens allegedly offered Ray Rice a job once all this has settled down. Stand by your man. . .

Maybe it’s time we all took another look at how we respond to domestic violence in our communities. It’s time to end the violence.

[i] Sources: Ray Rice spat at fianceeESPN Outside the Lines, September 11,2014.

[xiii] Women’s Use of Violence in Intimate Relationships, Stop Violence Against Women, August 2013.