On Saturday, May 28, Henry Asian Club students joined other Hmong students in fanning out across north Minneapolis, visiting Hmong families devastated by the tornado.

Two days before, tornado rescue volunteers were reporting difficulties talking with some Hmong families when doorknocking stricken blocks, because of language challenges and some families being too scared to open the door. 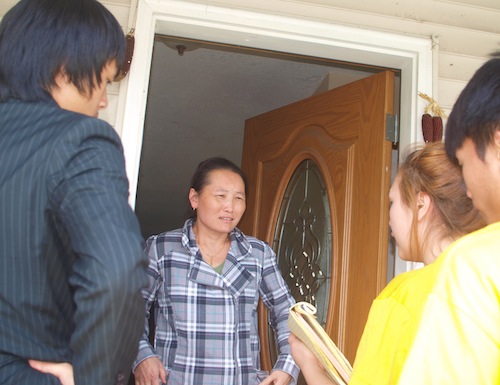 Students bring food to Henry Hmong family that lost the roof of their house to the tornado.

The students visited Henry Hmong families they knew had suffered tornado damage, along with recent immigrant Hmong households most likely to have problems communicating in English. They also walked down blocks looking for telltale signs of Hmong households, such as shoes on the porch or red and gold rectangles on the front door. 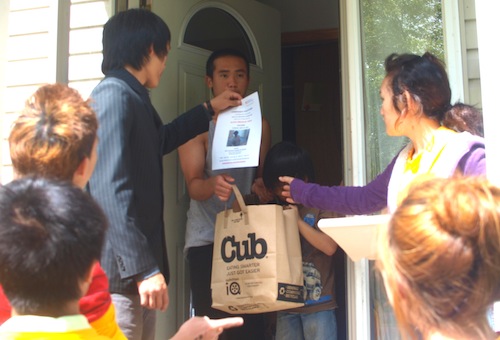 They brought emergency supplies such as food, cleaning goods and diapers.

They wrote down the problems and needs of the families, so others could bring additional help later. And they provided phone numbers and emergency information for the families to get assistance.

One student did such a good job of handing out pampers that he was renamed Dr. Diaper.

After several hours of doorknocking Hmong houses, the students enjoyed pizza at the University of Minnesota building at Penn and Plymouth.

Some of the students out doorknocking had themselves suffered damage to their houses and cars.