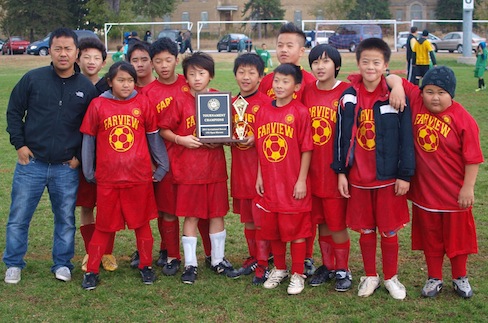 This fall, the Farview soccer teams won big victories both on and off the field.

Farview soccer teams won the Minneapolis Parks League citywide tournaments in the
13u and 15u divisions, capping undefeated seasons.

Farview soccer players also won another big victory this Fall: after a three year campaign, they succeeded in getting a Hmong police officer assigned to work with Hmong residents. Soccer players organized 100 person meetings with councilmembers Samuels, Hofstede, and Johnson: went downtown and made their case to Chief Dolan: and collected 1000 postcards for a Hmong officer and dropped them in Mayor Rybak’s lap.

When police chief Dolan’s budget eliminated the Hmong outreach officer after just one month on the job, the soccer players campaigned for him again, collecting petitions and hundreds more postcards, and presenting them to elected officials. Their efforts to save the Hmong outreach officer paid off, and officer Kou Vang visited the players during indoor soccer December 3.

In total, 60 soccer players played for 5 Farview soccer teams this fall, ranging in age from 8 to 14 years old. Farview park is located in North Minneapolis. 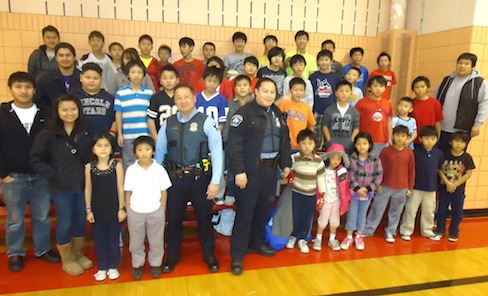 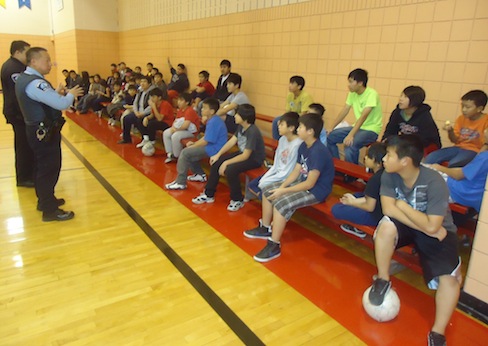 Office Vang counsels soccer players on safe use of the internet. 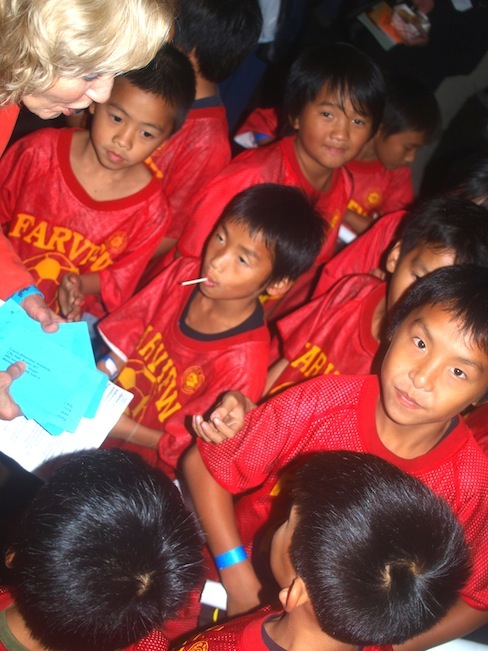 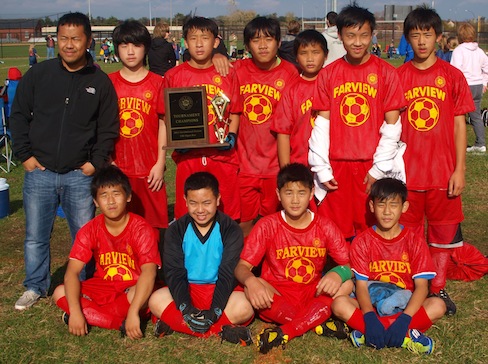