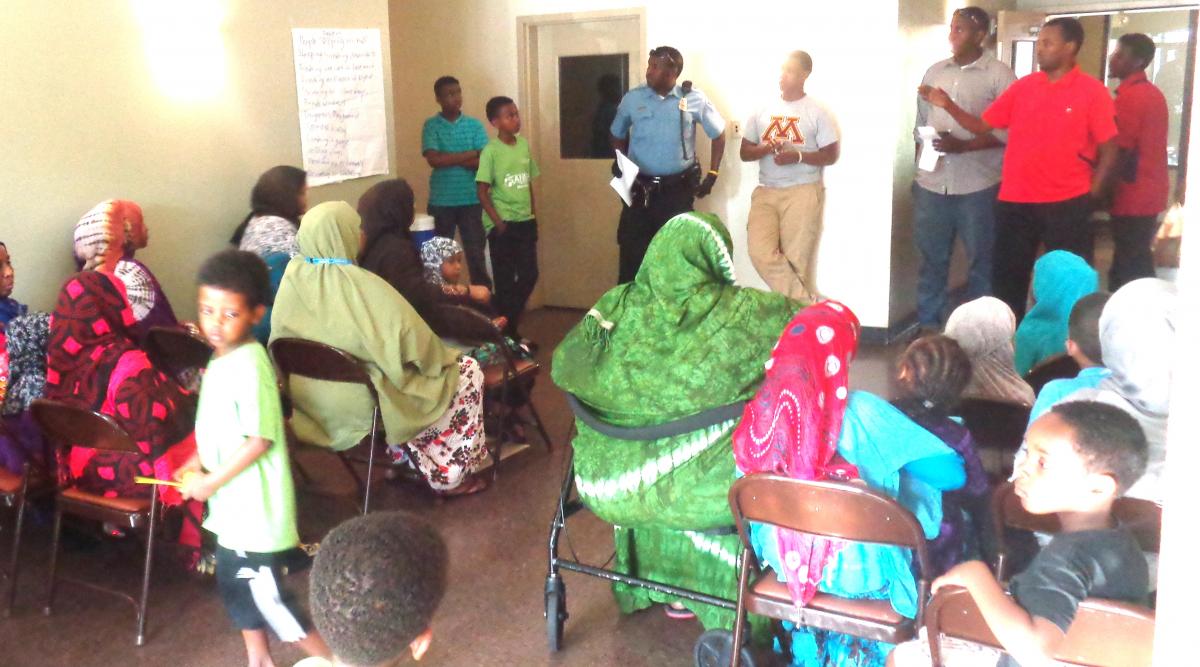 On June 12,  50 family members living at 2909 Bloomington Ave S. met with Minneapolis police officer Mukhtar  Abdulkadir to find solutions to crime and safety problems that have been plaguing their neighborhood and their building.

The people living at 2909 Bloomington Ave. S. are predominantly Somali, and many residents speak limited English.  In the past the  language barrier has often meant that some residents have not contacted the police to report crime problems, and when they do they often feel the police do not understand them and are slow to respond adequately.

Their biggest complaints were about intruders who on a daily basis get  into their building and:

Residents also said that prostitutes regularly walk  the sidewalk outside their building, and even get into the building and ply their trade downstairs and in the stairways.

Families also talked about concerns they had for the safety of  their children. Scores of children live at 2909 Bloomington, and every day dozens play in the  open space out back.  Their play often spills out into the alley.  Parents said that many drivers speed through the alleys at 30 mph+, and suggested that their children would be safer with a fence separating the play area from the alley traffic.

After hearing the lengthy and passionate descriptions of the intrusions and problems, Abdulkadir  offered some  advice.  He said that the problem with the intruders was so huge and endemic, he thought that security inside the building was necessary to get them out.  He also said that working security cameras were a must.

Abdulkadir  also said he was ready to continue working with them to successfully deal with their crime problems. 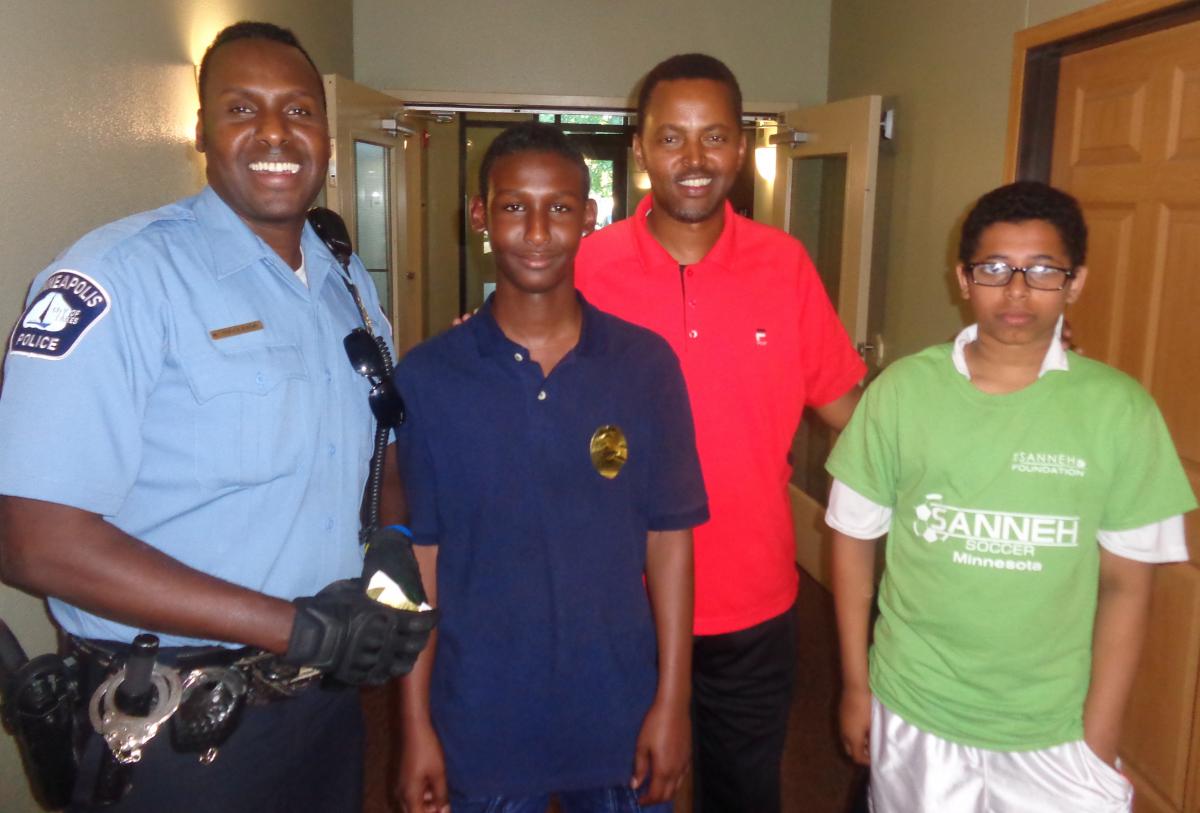 Officer Abdulkadir  also told the families about how he became a Minneapolis police officer, and encouraged the youth to consider a career in law enforcement.  He praised  youth involvement in the East Phillips soccer team, and thanked the soccer coach for his efforts.

While frustrated by the crime problems in their neighborhood and building, the families felt heartened after their meeting with Abdulkadir, and appreciated having a police officer they knew who could speak their own language.  They looked forward to working with officer Abdulkadir  and the Minneapolis police department to solve their problems and help make the Phillips neighborhood safer for everyone.

The families also hope to meet with councilmember Alondra Cano