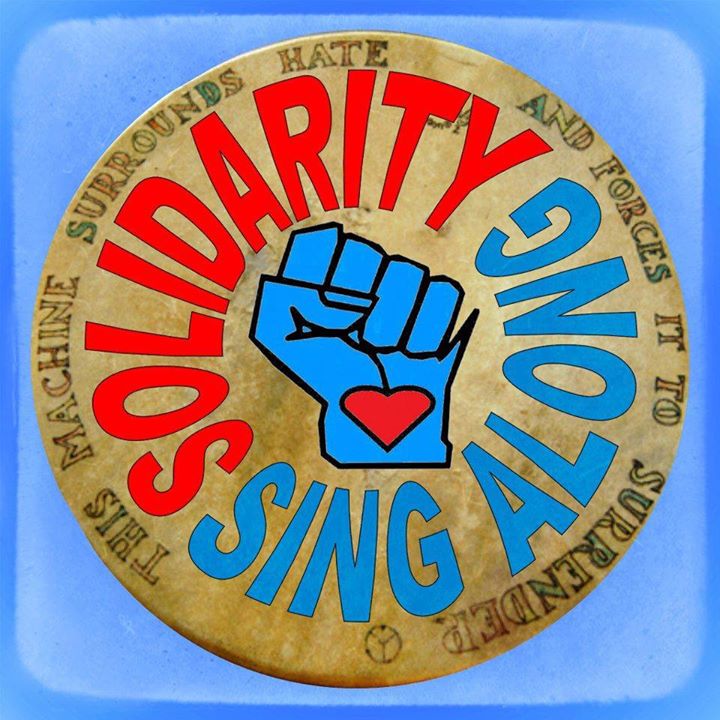 Proponents of progressive political change lost two vital contributors this past month. Amiri Baraka and Pete Seeger shared an important understanding – that music is central to the creation, deepening, and extension of social movements. “Music is a method,” writes Shana Redmond in her new book, Anthem: Social Movements and the Sound of Solidarity in the African Diaspora. “Beyond its pleasures,” she continues, “music allows us to do and imagine things that may otherwise be unimaginable or seem impossible.” Amiri Baraka and Pete Seeger not only understood this, but they devised effective ways to communicate this understanding to broad audiences. The best way we can honor their memories is to sing the old songs, and make new songs, sing together.

Graphic at top of page created by Ryan Scot Conner.

Born in 1934 in Newark, New Jersey, to a postal worker father and a social worker mother, Amiri Baraka’s initial public breakthrough came with the publication in 1963, under his given name LeRoi Jones, of his book, Blues People: Negro Music in White America. This remarkable book, written in poetic and musical language, set the stage for the reconsideration of African American history and culture which would flow from the Civil Rights and Black Power movements. The first decade of the Civil Rights movement – protests of the lynching of Emmett Till, the Montgomery bus boycott, the lunch counter sit-ins, the freedom rides – had been infused with singing, which suggested new insights to activists and scholars alike. Baraka was the first among them, in excavating Black history, to identify African cultures as the foundation of African American culture, the complex transitions and transformations by which Africans became African Americans and by which slaves became free men and women, and to articulate the centrality of cultural creativity to the emergence of social movements.

Baraka contended that enslaved people’s ability to sing together was the critical factor in their ability to survive the dehumanization to which they were subjected. Through work songs, spirituals, and the blues, they analyzed their predicament, made meaning out of its challenges, created forms of transcendence, and envisioned a far better future world. Through their singing and the use of forms such as call and response and the ring shout, they identified and tested leadership from their own ranks, while they created community among performers and between performers and audience. They sang their solidarity. They laid a foundation which would underpin later iterations of Black music, such as jazz. And they established a cultural practice which would inform, inspire, and extend their social movements.

Amiri Baraka devoted the next fifty years of his life to embodying, advocating, and teaching these cultural practices. His performance of his poetry inspired the spoken word movement. He brought his aesthetic insights into theater, films, fiction, visual art, and, above all, politics. As a founder of the Black Arts Movement, he demonstrated that cultural work was political and that political work was cultural. He mentored several generations of cultural producers and political activists, insisting that at the heart of emancipatory African American movements lay the collective making of music. 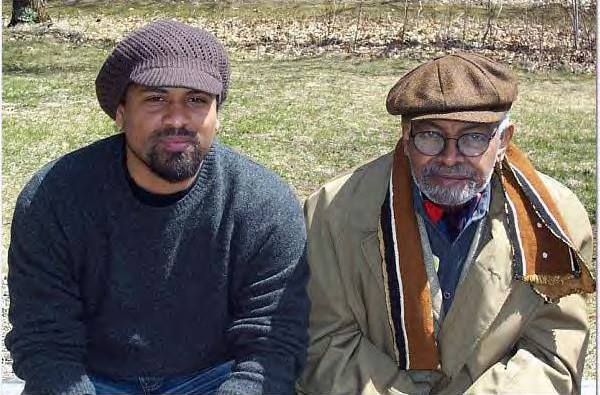 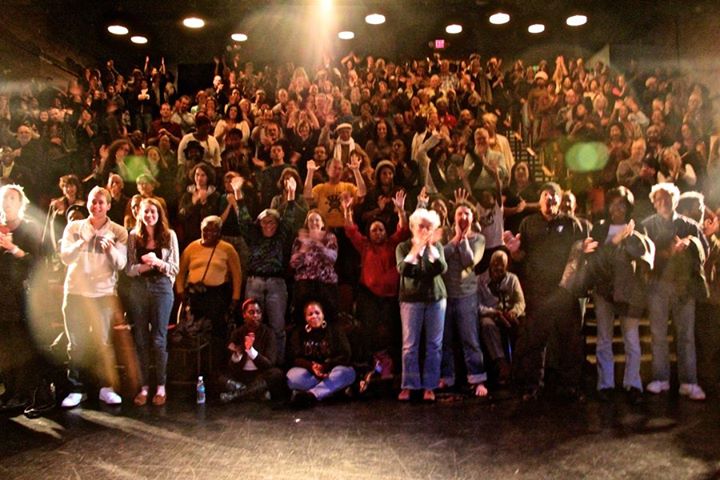 Pete Seeger came to similar conclusions about the power of music. After dropping out of Harvard in the late 1930s, he followed his father’s interests in studying, documenting, and recording folk music into a fertile network that included Alan Lomax, Leadbelly, and John Hammond. He developed a passion for folk music and became a skillful performer in his own right. He also developed a dedication to the poor and working people who had produced that music while struggling to understand and transform their lives. And he joined them on picket lines, in protest marches, and rallies and demonstrations from one end of this country to the other.

Seeger started out in 1939 with the Vagabond Puppeteers, portraying a cow who encouraged farmers to strike for higher prices for their milk. Their primary audience consisted of farmers and their families, still struggling with the weight of the Great Depression. Whether he was on the road or on the radio, Seeger tapped into the existing treasure trove of American folk music, including the blues, and he adapted and updated musical arrangements and lyrics, encouraging his audiences to join in. “I’ve never sung anywhere without giving the people listening to me a chance to join in,” he told an interviewer late in his life. “Songs are a way of binding people to a cause.” Kathy Newman, a professor at Carnegie Mellon University in Pittsburgh, noted in an appreciation of Seeger’s life posted in Working Class Perspectives: “Seeger believed that if you could get a crowd to join in a song, you could get a crowd to join in a movement.” 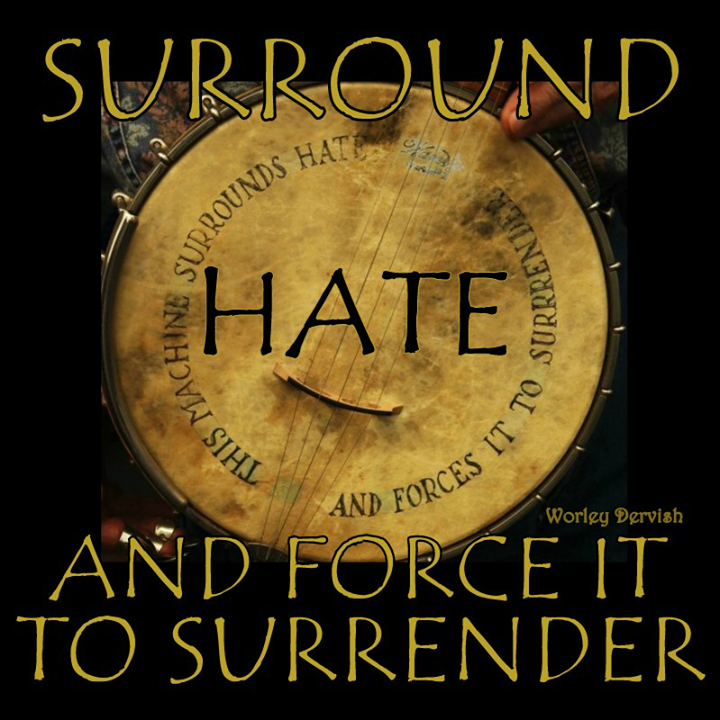 Pete Seeger became a significant force in the American folk music scene and the civil rights movement in the middle of the 20th century. In the 1940s and 1950s, he hosted radio shows which featured integrated rosters of performers, including Leadbelly, Josh White, and gospel performers, along with Woody Guthrie, Lee Hayes, and Ronnie Gilbert. As his reputation as a master of the five-string banjo grew, he collaborated with like-minded singers, helping to organize the Almanac Singers in 1940 and the Weavers in 1948. They toured and recorded albums. Ever the educator and musicologist, Seeger also helped organize and sustain the magazines People’s Songs, Sing Out, and Freedomways, which promoted the music and the social issues it engaged. He brought his music and his aesthetics to the Highlander Folk School in Tennessee and Commonwealth College in Arkansas, where he shared them with a wide range of activists in his workshops.

His role in the transformation and popularization of “We Shall Overcome,” suggests Seeger’s centrality to the role played by music in multiple movements. At Highlander, Zilphia Horton taught Seeger a song sung by Black women on strike at a South Carolina tobacco factory in the aftermath of WW II which drew on older gospel songs (some credit “I’ll Overcome Someday” from 1901; others claim “If My Jesus Wills” from the early 1930s). He tweaked its lyrics and its pacing, added verses, and replaced “I will” with “We shall.” Highlander activists, including Martin Luther King, Jr., and Rosa Parks, carried it out into the blossoming civil rights movement, where it took hold. Not only was it adopted and adapted in the labor, anti-war, and anti-apartheid movements over the 1960s and 1970s, it also was sung by activists in Northern Ireland, Czechoslovakia, and many other places. 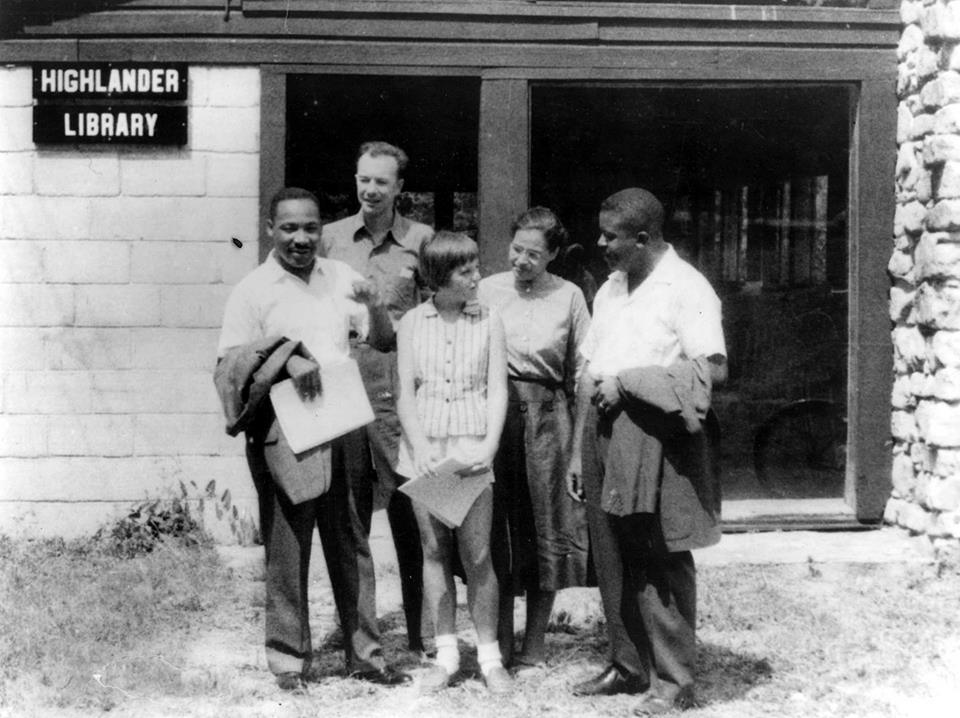 Poet Sonia Sanchez said of Baraka: “He will always live in the hearts of all of us, in the hearts of young people and young poets who have some kind of moral grounding,” while folksinger Arlo Guthrie said of Seeger: “Well, of course he passed away. But that doesn’t mean he’s gone.”

The presence of singing in social movements confirms that these artists and their activism are hardly “gone.” In the summer of 2000, 1500 members of Hotel and Restaurant Employees Local 17 struck nine Minneapolis hotels. Most of them were recent immigrants from fifteen different countries. As they walked round-the-clock picket lines for two weeks, they passed the time by teaching each other their culture’s songs and dances. Not only did they win the strike – wage increases, family medical benefits, and the right to select a cultural holiday for a paid day off – but they built a new sense of community through their own activism. Months later they celebrated their achievement in a remarkable musical cabaret, organized by jazz saxophonist/ political activist Fred Ho at the Cedar Cultural Center, in which nine rank-and-file groups performed.

Singing has also played a critical role in the sustenance of the Madison, Wisconsin, labor struggle against Governor Scott Walker’s anti-union agenda. When Walker introduced his “Budget Repair” bill in early 2011 which would strip public employees of their union rights, he was greeted with weeks of mass demonstrations in the state capitol, some involving upwards of 150,000. While the mass protests gradually subsided, a core of activists launched the “Solidarity Sing Along” on March 11, 2011, to mark not only their continued opposition to the right wing attack on unions and working people but also their affirmation of Wisconsin’s progressive and pro-labor traditions. They have gathered to sing, for and with audiences, in the Capitol Rotunda or out on the lawn, every weekday at noon since, nearly 1,000 days now. They have published an inexpensive Solidarity Sing Along Songbook and they promote their daily songfests and other public appearances via facebook and social media. On Governor Walker’s orders in the summer of 2012, Capitol police began arresting participants and, on occasion, audience members for “protesting without a permit.” Hundreds have been hand-cuffed, taken to the jail, and issued citations. The local courts are jammed, as the accused have invoked on their rights to be tried as individuals in front of juries. Collectively, they refuse to apply for permits, insisting that they have a right to free speech – to sing – in “the people’s house,” the state Capitol.

The Solidarity Sing Along has kept alive the fight for union rights in Wisconsin. It has been a rallying point for new stages in this prolonged struggle, as contracts, legal challenges, electoral campaigns, and new organizing drives have gained the public spotlight. It has also served as a site of connection – in the embodied practice that singing always involves – between the labor struggles and other struggles against the right wing agenda in Wisconsin: to impose a core curriculum in the schools, to privatize public services, to crack down on undocumented immigrants, to limit women’s reproductive rights, to stifle dissent at the State Capitol. Activists committed to these other struggles have joined the Sing Along and verses regaling their issues have been added to the repertoire. Recently, the organizers of the Sing Along have published a book, Unintimidated: Wisconsin Sings Truth to Power, whose proceeds go to the First Amendment Protection Fund to help defray court costs for the more than 300 who have been arrested (for a copy, go to www.unintimidated.org). And they continue to sing.