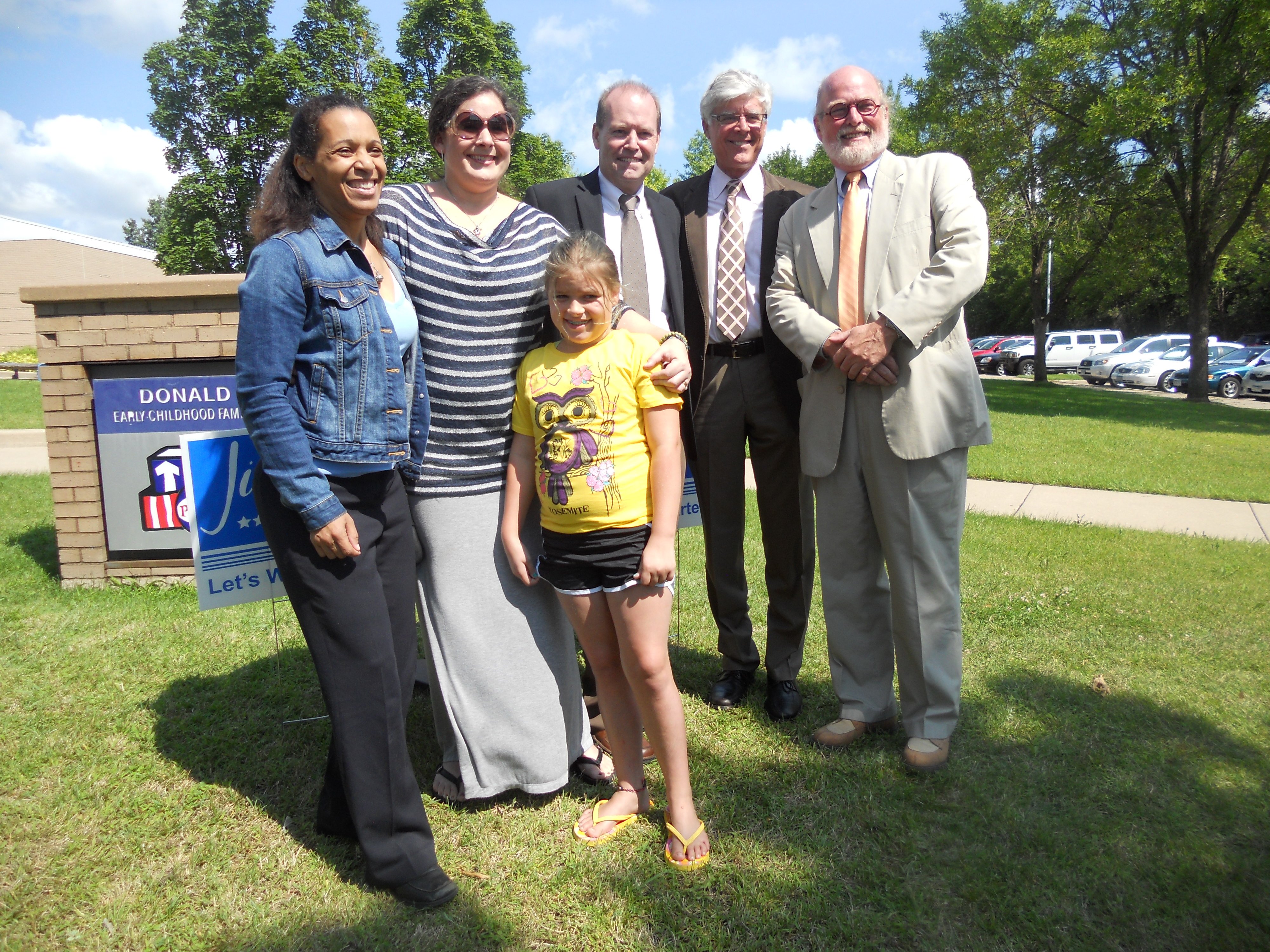 What role does the mayor of Minneapolis play when it comes to educating the city’s children?

In light of the recent actions by the mayors of Chicago and Philadelphia, among others, to close a large amount of public schools in their cities, this is a valid question and an important point to consider. While the mayor in Minneapolis has no actual control over the schools, either through the School Board or the Superintendent’s office, he or she will set the tone for how the city approaches and prioritizes education in Minneapolis.

Thomas bowed out of the race at the conference and threw his support behind Andrew, saying they “share values” when it comes to education. Andrew went on to thank Thomas for his support, calling Thomas the “conscience of the mayor’s race” for putting education issues, and children, at the center of his own campaign.

Andrew quickly addressed the point of whether or not the mayor of Minneapolis has any real decision-making power when it comes to the schools, saying the current division of labor seems fine. He expressed no desire to dismantle or disrupt the “construct” now in place, with a strong mayor, a strong city council, and a strong school board working together.

Instead, Andrew feels the mayor has a “moral obligation and a strategic opportunity” to impact the lives of children in Minneapolis. Andrew’s vision for this focuses on what he called “community and equity” building in neighborhoods where “schools are underperforming.” Rather than take on the schools directly, Andrew spoke of the need to make these neighborhoods safer, partly through more “capital improvements,” in order to encourage families to keep their children in neighborhood schools.

Andrew referenced the large number of children from north Minneapolis, for example, who are bussed to schools outside of their neighborhoods, and expressed a desire to make those neighborhoods and schools stronger and more livable for children and families.

When asked for his thoughts on Teach for America and charter schools, which are two controversial topics in education circles right now, Andrew hesitated a bit before answering, perhaps feeling the heat of these polarizing topics. When it comes to Teach for America, which puts non-licensed teachers into local public and charter schools for 2-year stints, Andrew said he “doesn’t like people coming into the state and substituting the work of our teachers.” He also said, the program has “pieces worth considering,” but that his preference is for “programs that won’t undercut the basic functions of school teachers.”

Regarding charter schools, which are being considered more and more by the Minneapolis Public Schools as an alternative to their own “struggling” schools, Andrew acknowledged that there are some charter schools that  “appear to be working.” However, he said he has “never been a fan of charter schools” and “supports fortifying our public school system” over shifting resources to charter schools.

In holding a joint press conference with Jim Thomas, Andrew put a clarifying spotlight on his views not only on education, but also on what he sees as the appropriate role in it for the next mayor of Minneapolis.