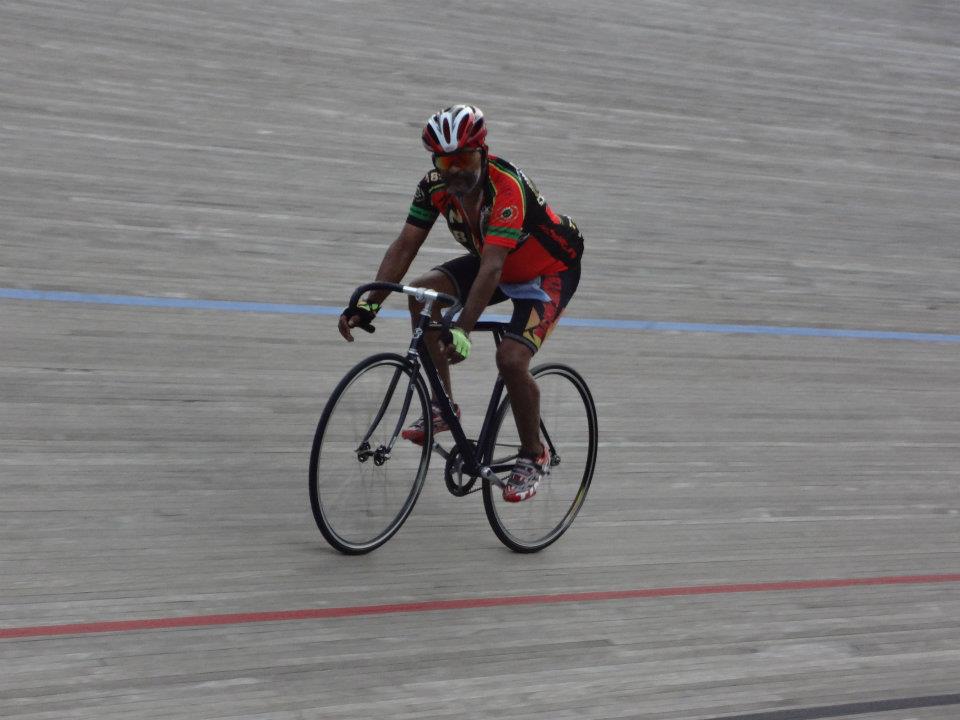 At the ago of 71, Louis Moore bikes at least once a week with 40 members of the Major Taylor Bicycling Club, which he founded in 1999. Moore is still the president of the club. He is retired, after working 19 years in the district office of former U.S. Congressional Representative Martin Olav Sabo.

Moore says, “I am interested in doing something that I can physically get out and do in a regular basis.” Instead of playing basketball as he did in high school and college, he sees bicycling as an alternative both for transportation and for daily exercise. Moore did some bicycling racing in the 80s and cross state long distance races in the 90s.

In 1999, he felt the need to promote regular physical activities because of health issues in African American community. “And bicycling is the simplest,” Moore said. He explained, “Our community has a heavy history of diabetes, obesities. All these are physical issues that people need to change lifestyle to avoid.” He also noted that bicycling is an alternative lifestyle that is beneficial to the environment.

While working for the congressman, Moore helped bicycling organizations get funded and promoted bicycling and other physical activities.

Based on what Moore has seen in the last 10 years, Twin Cities transportation has really improved. He thinks Minneapolis needs more alternatives for walking, hiking or public transportation like light rail and trains, since it has grown crazily in the past decades.

Using himself as an example, Moore said that he lives in South Minneapolis and from downtown to home, he only needs 15 minutes to bike but takes over 20 minutes to drive. For Moore, with the growth of population and cars, we can’t keep all our cars on road. His ideal picture of public road is “two lanes for cars, one lane for bicycles, and we still have place to park. That’s what I call real because people can see the alternative. And they are safe.”

Moore said many people complain about bikers or light rail construction because it’s not convenient for everyone, but the point is that it’s a direct and clean system. Once it’s done, many people and merchants will benefit.”

Q: Your club is a non-profit organization. So how does it work?

A: We basically work out at dues and donations. We have opportunities to get grants. Our first major grant is from Blue Cross Blue Shield. We have some decent donations from club members and people who see the benefits like our organizations. They think it’s a cool idea. We have 40 minutes. And we have an annual fee of $25 per person.

Q: What do members do?

A: We schedule all the rides we are involved in. And we do weekly rides. We do Wednesday night rides on Midtown Greenway. On weekends, we do road rides like Stillwater’s.

Q: Why do you think bicycling is important to you?

A: I think physical activities are very important. I have a couple of friends that in their late 60s, 70s that they can’t get out of couch and who are complaining their joint ticking, back hurting and shoulders. My life is keeping active and keeping moving. I am 71 and I can sit here and say I don’t have any pains.

Q: I see a quote on Major Taylor Bicycling Club’s Facebook:” Every time I see an adult on a bicycle, I no longer despair for the future of the human race.” How do you understand it?

A: It’s really old, I can’t remember who said that. Yeah, it’s interesting. You are out there. You are in nature. There is nothing holding you back. You can go fast if you want to go and you can go slowly if you want to go. You have the opportunity to socialize. I believe that’s how its been said.

Q: What’s your goal in terms of what you are doing now?

A: My goal is trying get more people mobile, not just by the car, you know, running, bicycling, light rails all fine. I have vehicles, and my option is by bike.

Q: So you encourage everyone to bike?

A: That’s generally what we try to do. Try to make sure you know the alternative is there and it’s a matter of encouragement.