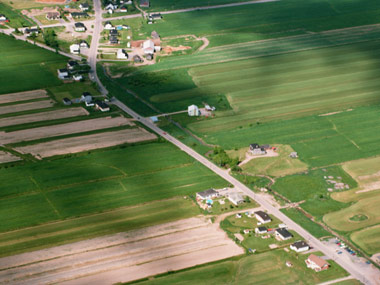 While the federal fiscal year is winding down and the future of USDA programs are in doubt, rural Minnesota just got a big boost from one continuing program that should help strengthen the rural housing markets across the state.

This is the largest of the competitive grants issued to any state.

The Minnesota Housing Partnership will use its $200,000 portion of the RCDI grant to help communities north of the Twin Cities with changing housing needs and increase economic vitality. Data from the housing markets and on pre-foreclosure notices signal that exurban communities surrounding the Twin Cities and in distant-commuting distance from St. Cloud and Duluth are experiencing the worst housing market problems in the state.

The partnership said it would use part of its funds to help communities respond to vacancies and uncompleted subdivisions that are “outgrowths of the foreclosure crisis.”

Among objectives of the USDA Rural Development grants are to help nonprofit agencies in Brainerd and five Central Minnesota counties to rehab and create housing needs identified in a recent regional study. Another part of the grants will be used to help immigrant families purchase homes in southern Minnesota, attracted there by jobs, and to expand the program to other regions of the state.

The future of such programs are in doubt as the U.S. House of Representatives appears deadlocked on extending authorization legislation for the U.S. Department of Agriculture, commonly, if not completely accurately, called “the Farm Bill.” But in smaller communities, any infusion of assistance can and often does revive local housing markets.