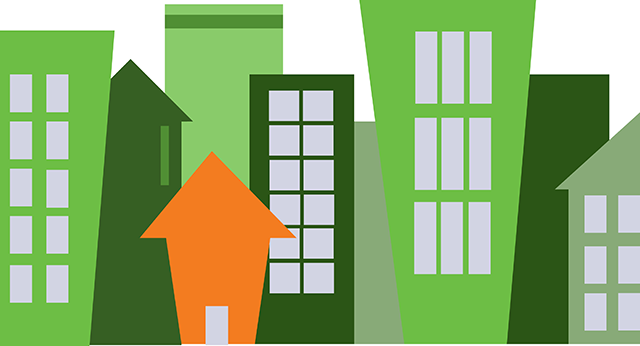 “The Search for Home: An Introduction to Housing & Homelessness,’’ evolved a couple of years ago from a community gathering of advocates for the homeless. (Aja McCullough Beers)

As local emergency shelters scramble to find enough beds this winter, seven nonprofit organizations working with the homeless are offering the public an unusual class: the history of homelessness.

Stereotypes, racial disparities, redlining and the cost to the community are among the topics to be covered in the free training, offered in hope that educating people on the parameters and history of homelessness will compel them to advocate for change.

And the class is timely. Officials at local emergency shelters for the homeless say they have been overwhelmed by the number of families needing help in recent months.

About 1,000 volunteers today, Oct. 25, will visit shelters, soup kitchens, drop-in centers and street corners from one end of the state to the other to talk with homeless people and tally an official count, an exercise completed every three years. Results are compiled and analyzed by Wilder Research to better understand the causes, circumstances and effects of homelessness.

The last tally revealed a portrait of the state’s homeless: more families, more youths on their own, 62 percent people of color, including a disproportionate number of African-Americans.

John Vodicka, whose organization is one of those sponsoring the class, talked with me this week about homelessness and people’s understanding of it.

Stereotypes are abundant and “not all of them are false,’’ acknowledges Vodicka, who juggles jobs both as a part-time emergency shelter worker for Simpson Housing Service in Minneapolis and as the organization’s volunteer coordinator.

He recalled a recent visit to the shelter by a group of elementary school students. As they made peanut butter sandwiches for emergency shelter residents, Vodicka asked them to describe a homeless person.

Hands raised, they provided a flood of answers:  a person without a job or a place to stay, a person who’s lazy, uses drugs or alcohol, doesn’t want to work, has mental illness.

Vodicka challenges kids and their adult counterparts to think deeper, to “recognize the humanity” in the guy at the freeway exit begging for money or the woman pushing a cart full of all of her personal belongings.

He tells them about his work in the shelter, about the sadness of turning people away. In fact, that had happened just the night before I talked to him, when Simpson (which has 66 emergency shelter beds) and the two other shelters they collaborate with operated their weekly lottery for places to sleep out of the cold. Ten people had to seek shelter elsewhere.

Simpson provides 44 beds for men and 22 for women. But the cost of such temporary shelter is high, he says, contrasting about $900 a month to rent a one-bedroom apartment for a family of three versus about $2,550 for a month of shelter accommodation.

“[I]t just makes a lot more sense to spend the money in other ways,” he says.

Talking about the history of homelessness at the class will be Colleen O’Connor Toberman, volunteer coordinator of Our Savior’s Housing in Minneapolis.

She’ll discuss the disproportionately high numbers of people of color who are homeless and the reasons for that, including, she says in her explanation information,“institutional racism” in the United States and practices that historically made access to housing more difficult for non-whites.

In the training she also shares an excerpt from a PBS documentary called “Race: The Power of an Illusion’’: “Of the $120 billion worth of new housing subsidized by the government between 1934 and 1962, less than 2 percent went to non-white families.’’

“The Search for Home: An Introduction to Housing & Homelessness,’’ evolved a couple of years ago from a community gathering of advocates for the homeless hosted by Heading Home Hennepin in connection with the Office to End Homelessness in Minneapolis and Hennepin County.

Training sessions are held every couple of months with the next scheduled from 6 p.m. to 8 p.m. on Nov. 8. Find details here by clicking the “advocacy’’ box or contact Christina Giese at cgiese@simpsonhousing.org.

The training is sponsored not only by Simpson and Our Saviour’s, but also by: CommonBond Communities, Greater Minneapolis Crisis Nursery, Lutheran Social Service, Minnesota Association for Volunteer Administration and Twin Cities Habitat for Humanity.

To join a conversation about the Wilder count, check out a live Twitter conference sponsored by seven organizations serving the homeless, from noon to 12:30 p.m. today, Oct. 25. Tweet questions to @FollowMHP or email LRosenberg@mhponline.org.