Minnesota voters will confront the issue in simple black letters on a white ballot this November. “Shall the Minnesota Constitution be amended to provide that only a union of one man and one woman shall be valid or recognized as a marriage in Minnesota?” This “Marriage Amendment” is the most controversial of what is likely to be many ballot questions, and the sides are already gearing up for a fight.

In support of the Amendment there is “Minnesota for Marriage”, a coalition of groups that lobbied the Legislature to put the question on the ballot in the first place. Their arguments are heartfelt, clearly defined, serious – and ultimately misplaced. It is worth taking the time to refute their position carefully so that this issue can be defined by what it is – a Civil Rights issue. 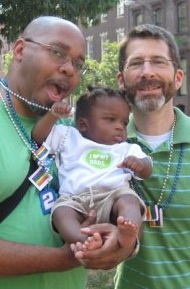 The position of Minnesota for Marriage is well summed up on their website under a tab plainly labeled “Why Marriage Matters”. It is a lengthy essay that comes down to a very simple assertion:

Why has virtually every society throughout history defined marriage as the union of one man and one woman? The answer can be summarized in one word: children.

Protecting the interests of children is the primary reason that government regulates and licenses marriage in the first instance. After all, government does not license or regulate any other form of intimate relationship – not friendship, or dating, or cohabitation. People are free, under the law, to live as they choose, cohabitate with whomever they choose and engage in sexually intimate relationships with whomever they choose – all without any governmental recognition or regulation.

This assertion is somewhat reasonable as far as it goes. It is very true that, under today’s laws, heterosexual marriage is the only relationship regulated by the government, at least since cohabitation and sodomy laws were struck down by the courts. What has remained is the definition of “marriage” as we know it, the very last regulation of intimate relationships left. But it is not entirely in the interests of children.

Heterosexual couples incapable of or lacking the desire to have children still have the protections of marriage available to them. These include definition of joint property, control of medical decisions when incapacitated, and assumed probate (death) rights. There is nothing about children in the vast bulk of the laws that define “marriage” as we know it – these rights are available only to one class of people and denied to another.

But if the protection of children is the main concern of this group, the concept of marriage is even more limited. In Minnesota today, about 45% of all marriages end in divorce (excel sheet). Roughly 28% of all children are raised by single parents. Marriage law and the rights it gives to couples are irrelevant to the interests of many children.

More to the point, some assertions made by this group are simply naïve:

But marriage is a special relationship reserved exclusively for heterosexual unions because only the intimate relationship between men and women has the ability to produce children as a result of that sexual union.

Statistics on artificial insemination are hard to come by, but there is no doubt that it is entirely possible for a same-sex couple to have biological children. Laws also do not restrict their ability to adopt, nor is their any restriction preventing a divorced parent from “cohabitating” with a person of the same sex who becomes a significant figure in a child’s life as a step-parent.

Marriage, as we know it, is simply not set up as a system for protecting the interests of children in today’s world.

If this group wants to craft legislation designed to protect children in today’s world they will find many strong allies in both political parties. There is little doubt that the laws in place were written in a time when the two-parent heterosexual family was very much the standard situation for most children in Minnesota. They could use updating in many ways.

However, the question in front of voters this November is just as silent on the interests of children as our antique laws on marriage. What will be in front of voters is an amendment to the constitution that would make it impossible to re-define marriage without another amendment later on to repeal it. Any possible effort to refine our laws and truly protect children would become more difficult, not more likely, should this amendment pass. If anything, it does the opposite of what this group purports to be important, given the very real state of life in Minnesota today.

The argument in favor of this amendment based on the interests of children fails completely for very simple reasons. There is no reason to believe that what will be in front of voters has anything to do with the case presented by Minnesota for Marriage. Their arguments should be rejected as irrelevant at best, and harmful at their worst.