As someone who rarely has a hard time getting fired up and energized, I’ve been terrified of my response to the proposal to amend the Minnesota constitution to ban gay marriage. For months, I have vacillated between unfocused, counterproductive rage and stunned, numb denial. Fearing apathy was setting in at precisely the most harmful moment, I took some time for introspection, hoping a diagnosis might suggest a cure.

While I believe strongly in the right to marry and know that my relationship with my partner is every bit as loving, productive, valuable, and substantial as the relationships of our parents, I’ve determined this particular conflict, in this particular place, isn’t just about marriage.

This conflict and this vote is about community. And the potential to be rejected by my community is unbearable and debilitating.

The prospect of my community—my neighbors, family, and friends—literally voting on the validity of something as fundamental to my existence as my love is a wound deeper than those I’ve suffered previously.

Most LGBT people know a lot about rejection. Whether implicit or explicit, rejection often begins internally. Many LGBT people reach a point where they can go about their business, aware that many members of their communities believe they are vile and repugnant, functioning in spite of it. Some don’t cope. Once upon a time, I was almost one of latter.

I have lived my adult life with a strong knowledge of my worth and a resistance to external rejection. But the prospect of my community—my neighbors, family, and friends—literally voting on the validity of something as fundamental to my existence as my love is a wound deeper than those I’ve suffered previously. I do not need to be embraced by any religious community or other specific social group, but acceptance into my civic community is essential and indispensible. No member of a civic community should be evaluated via popular vote, nor should others be forced to judge their neighbors. I haven’t lived in a place where my neighbors have voted on my legitimacy. I don’t know how such a thing affects my obligations to my community, and that horrifies me.

I don’t think many proponents of the amendment truly understand the depth of pain something like this causes, because I don’t believe most people willfully hurt others so profoundly.

This is not, as Mitt Romney has said, a “tender and sensitive” issue. It is vicious and cruel, and until now, it has worked on me; it has turned me into that sad, self-destructive kid, feeling so alienated from society, whom I remember with terror.

But that is over. I have focused too much on members of my community who loathe me and too little on those who don’t. More and more, I see people acting in productive ways to support rather than harm their LGBT neighbors, and that has begun to heal that psychological wound. I may now be able to join them, to act rather than wallow. This is my community, too, and I’m going to be in it. 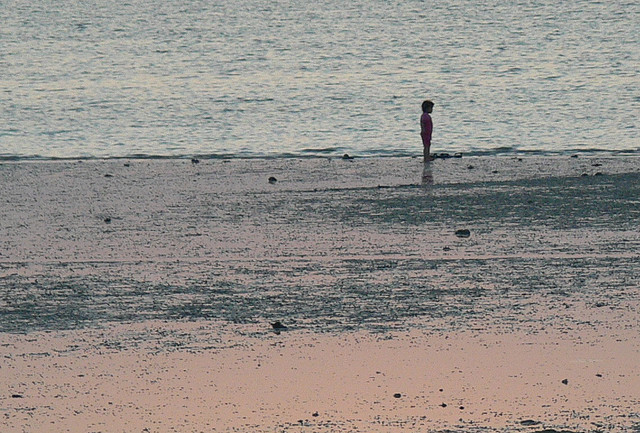