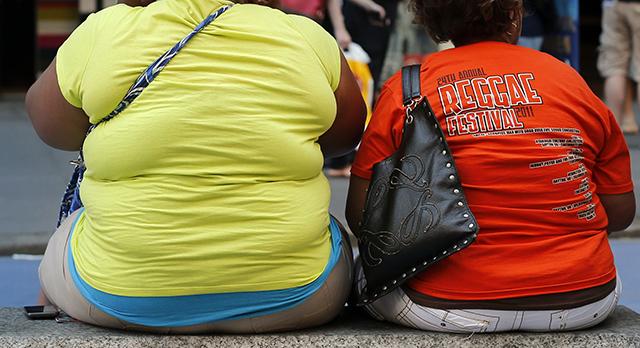 Not to malign a dish that Thomas Jefferson reportedly served at a state dinner in 1802, nor to deny that many a child since has taken comfort from a steamy, creamy plate of macaroni and cheese cooked up out of a box, I’m just saying a steady diet of it isn’t that good for a body.

That’s when cash-strapped folks turn to cheap, “energy dense foods that are filling,’’ according to the Food Research and Action Center, to maximize calories and fuel empty stomachs rather than provide much nutrition.

Which brings me, circuitously, to efforts to solve Minnesota’s hunger problem, including Saturday’s massive Pack-a-Thon of foods going to emergency food shelves, homeless shelters and meal programs, a month–long effort to roust out volunteers to give time in order to raise matching funds, and widespread notable efforts to distribute healthier food.

This means hunger affects one in 10 and is reason enough to declare September Hunger Action Month, as Heartland’s national affiliate Feeding America has done.

Though it had appeared the first part of the year numbers locally were subsiding, food needs appear to be rising again, Zeaske says.

“What we’re seeing is there is a link between obesity and hunger. It’s being documented in literature all over the place,’’ says Katie Wahl, a registered dietician and the nutrition specialist for the Emergency Food Shelf Network, an independent local food bank serving 200 hunger relief programs around the state.

Often, high-calorie, low nutrient foods are the cheapest foods, things that fill you up, explains Julie Seiber, a dietician with St. Paul Ramsey Public Health Department as well as the Healthy Meals Coalition of agencies serving meals to the poor.

White bread with peanut butter isn’t bad food, if you don’t overdo it, she says.

It’s not that poor people don’t want to eat healthy food, concurs Chery Smith, associate professor of food science and nutrition at the University of Minnesota.

“Brownberry [bread] can be three or four times the cost of a loaf of white,’’ she says. And people buy mac and cheese “because it’s 10 boxes for $10, or Ramen Noodles. It fills the stomach but it doesn’t add a lot of nutrients.’’

Now think about what have been typically harkened as suitable donations to emergency food shelves: shelf-stable products like pasta, processed foods, white bread, canned goods, including fruits in heavy syrups and sugary cereals, the kinds of foods that sell better by the dozen. Hmm.

But what about the fresh stuff?

Building along with hunger needs are efforts to make the food going to emergency food shelves and programs healthier.

For instance, last year Second Harvest Heartland distributed 71 million pounds of food, with 24 million pounds — almost one-third — of that being of the perishable variety such as fresh fruits, vegetables, meat and dairy, not canned or boxed foods often packaged with salt and preservatives. Compare that to 2008 when less than 500,000 pounds of food qualified as “perishable” food, the stuff that wilts or spoils or needs coolers.

Second Harvest and others continue to “unlock” new sources of perishable food, culling the leftovers of food growers who have sent as much to market as the market can bear and soliciting donations from many local grocers, including CUB Foods, who Zeaske says helped them pilot a food donation program that has spread nationally.

Second Harvest, as well, trades food, sending truckloads of sweet corn to Michigan in exchange for carrots and to Florida for grapefruit.

Even food vendors at the Minnesota State Fair have helped by donating surplus oatmeal, apples, bacon and milk.

The Emergency Food Shelf Network, too, is doing its part.

Wahl describes a series of programs that includes Harvest for the Hungry which allows the network to buy produce for $1 a pound from Community Supported Agriculture Programs. Since 2007 they’ve distributed nearly 270,000 pounds, with a 15 percent increase already this year over last.

Lost Harvest, another effort, pairs the organization with retail-quality produce from Mexican and Arizona farmers during winter months that the Minnesota organization can have for the price of shipping here. Since 2007, they have “rescued” and distributed 1.2 million pounds of produce.

Like other food banks, they buy in bulk to minimize costs.

Further, Wahl says her organization is developing a ratings index to codify the nutritional quality of foods on their bulk purchasing list – items including apples, oranges, potatoes, rice, dried beans, flour and canned foods — in accordance with the USDA’s Healthy Eating Index.

The idea is to tally the nutritional values of foods they offer, then bolster where needed, perhaps increasing whole grains or low-sodium products offered, she says. Eventually, products will receive “star” ratings according to nutritional values.

Even local food shelves are “really working hard to try to change the kinds of things people donate,’’ to include healthier, more perishable foods, says Seiber.

Helping make that transition possible is the health department’s mini-grant ($3,000 apiece) program that has bought freezers and coolers for local emergency food shelves and meal programs, as well as food training for staff and computer software for healthy menu analysis.

Looking more broadly, public health departments in Minneapolis and St. Paul have bolstered healthier eating efforts for the poor, leading to persons on food assistance being able to use their EBT cards at local farmers’ markets and community gardens being set up at public housing sites.

The poor, Smith points out, often need the more nutritious fresh or frozen foods because of health problems. Fresh vegetables are sodium free, for instance. Canned low-sodium vegetables can cost about double the regular product, she says.

“One of the things we need to think about as a society is how can we make fresh and healthy foods more affordable to everybody,’’ Smith says.

That brings us back to the Sept. 15 volunteer event, the Pack-a-Thon from 9 a.m. to 9 p.m. at Second Harvest Heartland West in Golden Valley. You volunteer to repackage into smaller containers foods in bulk and corporations give money to buy more food.