When it comes to domestic violence, you could say it’s all about attitude, the beliefs that allow men to think it is OK to be violent with women.

And that makes sense given the fact that domestic violence crosses boundaries of race, ethnicity and income, though some communities suffer higher incidence.

But makers of a new locally produced video documentary on domestic violence in this state with a long history of work in the domestic violence prevention field — the home of Women’s Advocates in St. Paul, which in 1974 opened the first shelter in the nation for battered women — are going a step further.

They’re saying those beliefs about manhood are so ingrained in American culture, we hardly realize them.

I’ll acknowledge up front I haven’t yet viewed in its entirety “With Impunity: Men & Gender Violence,’’ the documentary co-produced by Education for Critical Thinking and tptMN. I was unable to attend the preview earlier this week. But I’ve seen the trailer and talked to folks involved.

The topic is especially timely on at least a couple of fronts: the failure of Congress to agree on the reauthorization of the Violence Against Women Act and the apparent correlation between a down economy and increased levels of violence against women.

Being aired publicly for the first times this week, the movie looks not only at the American culture and history that enables violence against women, including African-American and Native-American women, but, perhaps more importantly, at the male perpetrators and their “learned behavior,’’ says Dave Ellis.

“What we’re trying to do is get to who is truly responsible here’’ says Ellis of Greater Twin Cities United Way, which helped make the documentary possible after the urging of the late, esteemed Ellen Pence, founder of the Duluth Domestic Abuse Intervention Project, and of Michael Paymar of Education for Critical Thinking and a state legislator. Paymar is also co-founder of the nationally recognized Duluth program. Ellis worked for many years for the state Department of Corrections in the field of domestic violence.

Bottom line, violence against women and children is “a social norm’’ in the United States, Ellis says, pointing to an advertising culture that demeans women and the common macho attitude permeating our society. The incidence of domestic violence rises around the playing of the Super Bowl game, he says.

About one in four women in Minnesota will experience domestic violence in her lifetime. 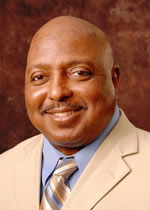 Rates of domestic violence vary among communities. African-American communities’ rates, for instance, are higher than whites, said Oliver Williams, co-director of the Institute on Domestic Violence in the African American Community at the University of Minnesota, but “more comparable to whites than they used to be,’’ falling in some studies to double the rates among whites.

Yet Williams, who is featured in the film, describes often very different living conditions for the two groups. African-American families tend to be poorer and living in higher- stress communities with higher rates of violence and unemployment than many whites, which may influence domestic violence levels, he says.

“We have to work harder at being thoughtful of being inclusive…” of all racial and ethnic groups in order to successfully address domestic violence, the social work professor tells me. Accordingly, the institute has produced about 18 DVDs focused on topics related to domestic violence, with the latest addressing the issue among black churchgoers.

The documentary, made possible also with funding and support from other philanthropic organizations and the Minnesota Department of Health, will be screened publicly at 7 p.m. Thursday, Sept. 27, at William Mitchell College of Law in St. Paul followed with a discussion with developer Paymar and producer Daniel Pierce Bergin.

Ellis sees the documentary as a vehicle to be used to create awareness and spark frank discussions about domestic violence, including its effect on children.

Video: The trailer for “With Impunity: Men & Gender Violence.”