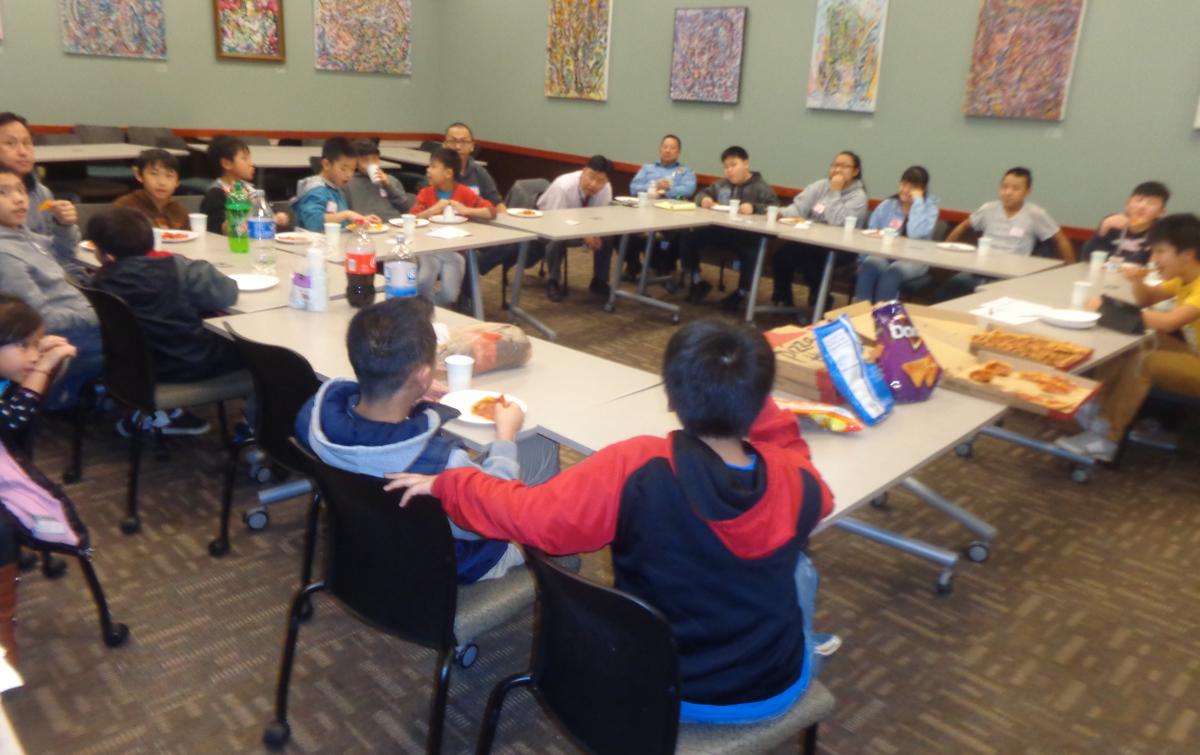 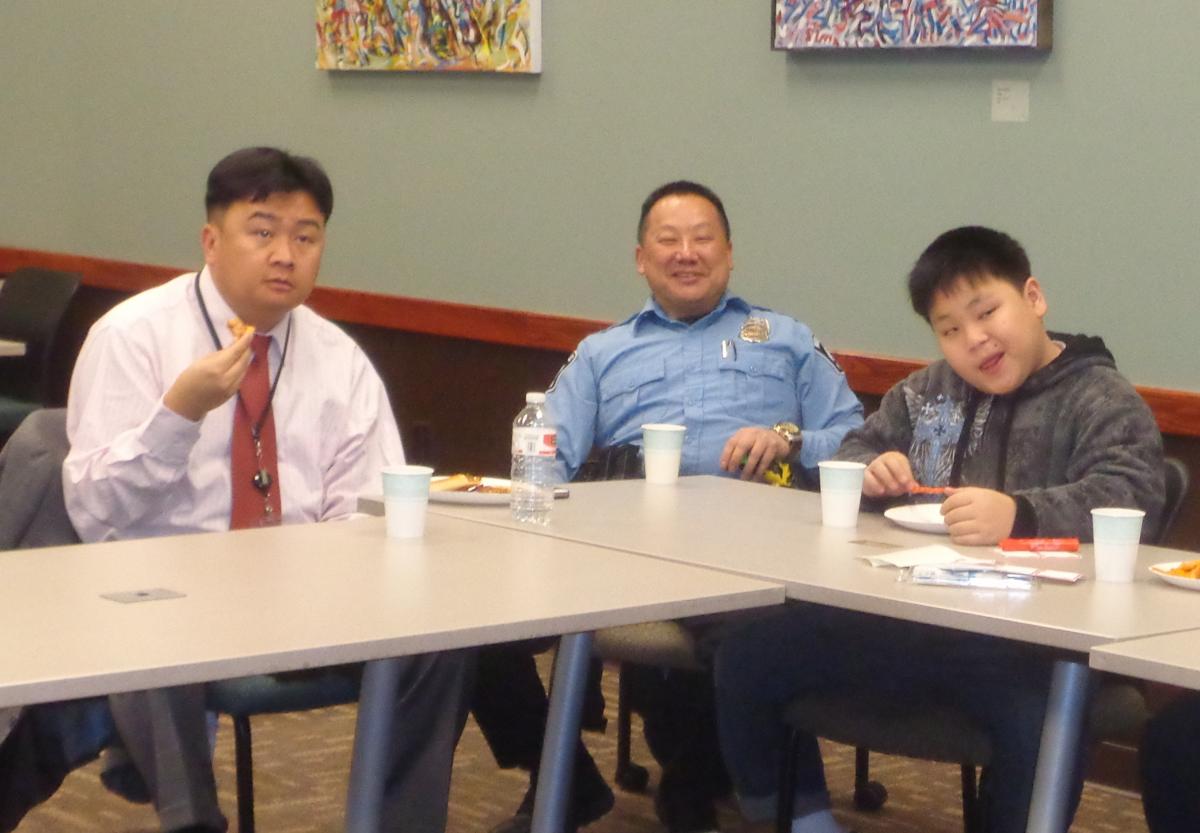 Much of the conversation focused on two problems:  bike stealing, and staying out of  fights at school.

The Hmong students said that at school they can be the targets of hitting and bullying and racist comments by other students.  And they said the zero-tolerance policies of some school systems can end up punishing the victims of bullying.

The Hmong students asked how they can get help to avoid fights without risking suspensions or expulsions.

In one example, a Hmong girl was jumped by four other girls after gym.  The other girls knocked her down, got on her back, and pulled her hair and punched and kicked her.  No adults were around.  When the Hmong girl attempted to defend herself, the school suspended her and told her if she did it again she would be expelled.

In another example, some other boys walked up to some Hmong students, called them racial slurs, and started a pushing match.  The Hmong boys were afraid there could be a full scale fight behind the buses the next day, and went to the vice principal to ask his help to prevent the fight.  The vice principal responded by suspending the Hmong students for pushing. 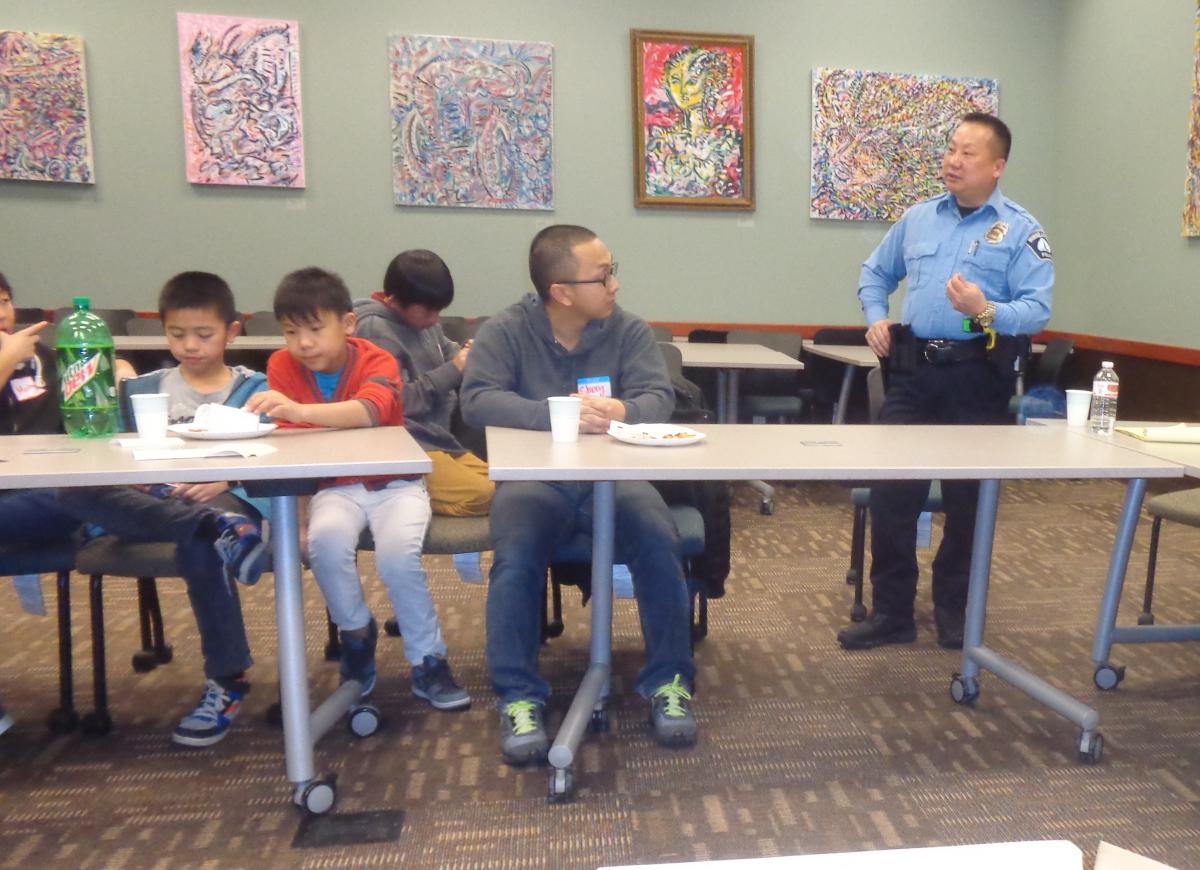 Officer Vang suggested that the Hmong students talk with a trusted teacher about what was happening, in detail and right at the beginning of problems before they get really serious.  The teacher is not going to suspend the students, and if necessary can talk to the administrators to head off fights without using student’s names and putting them at risk of suspension.

Many north Minneapolis  Hmong youth also complained that they they often get their bikes stolen, sometimes out of their garages and porches, and sometimes by other kids pushing the Hmong kids off their bikes and riding off.  Hmong students reported that sometimes they see other families with their bikes, and often when they go to the families and/or the police to get the bike back, the other families will simply repaint the bikes and claim it was always theirs.

Officer Vang told the Hmong kids that when they get bikes, they should always take pictures of the bikes and write down the serial numbers, so even if the bike is repainted the Hmong kids can prove the bike was originally theirs.  The Hmong kids can also take the seat off, write their names on a piece of paper and stick it in the hollow of the steel tube, and put the seat back on.

Officer Vang also said that when the Hmong kids play and ride bikes outside they should go in groups, that usually Hmong kids get knocked off their bikes when riding alone.

Officer Vang also said that the Minneapolis police department was getting a lot of calls from  northside residents speaking Hmong. 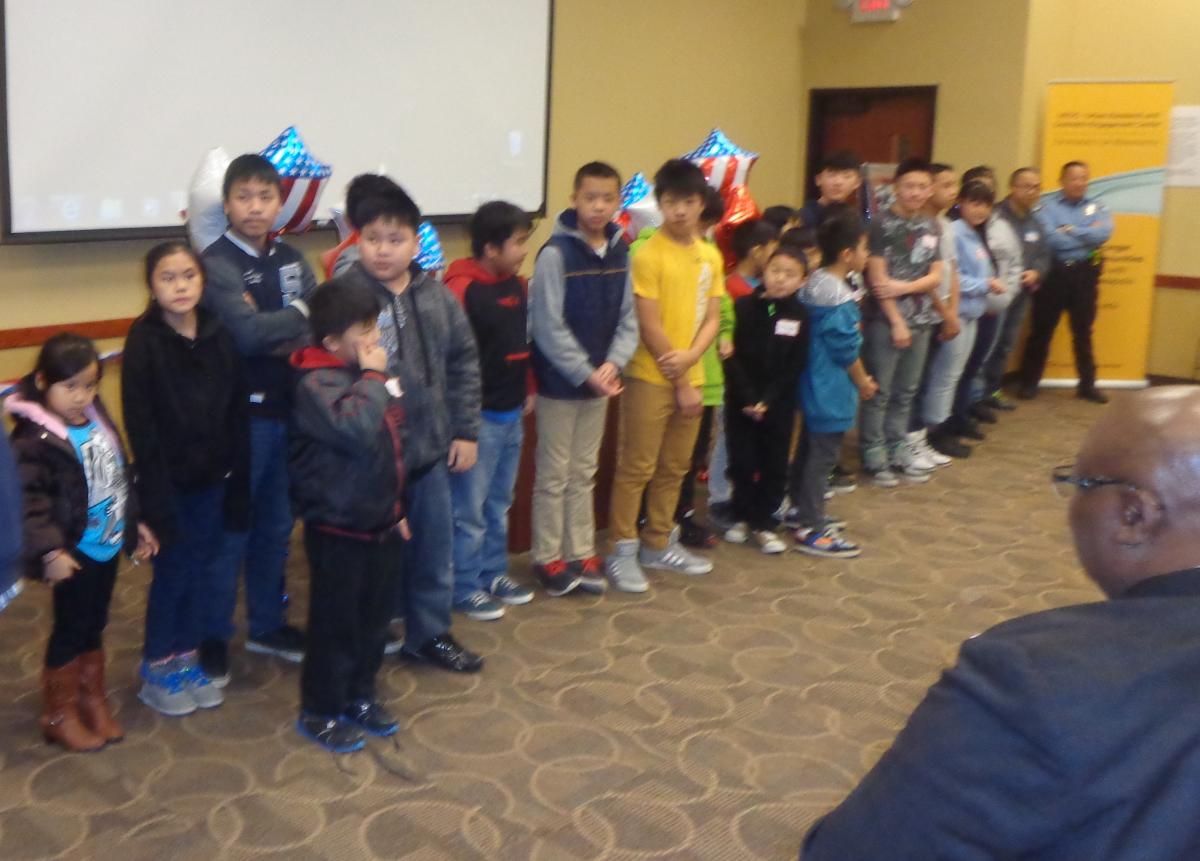 During the meeting everybody enjoyed pizza and pop. 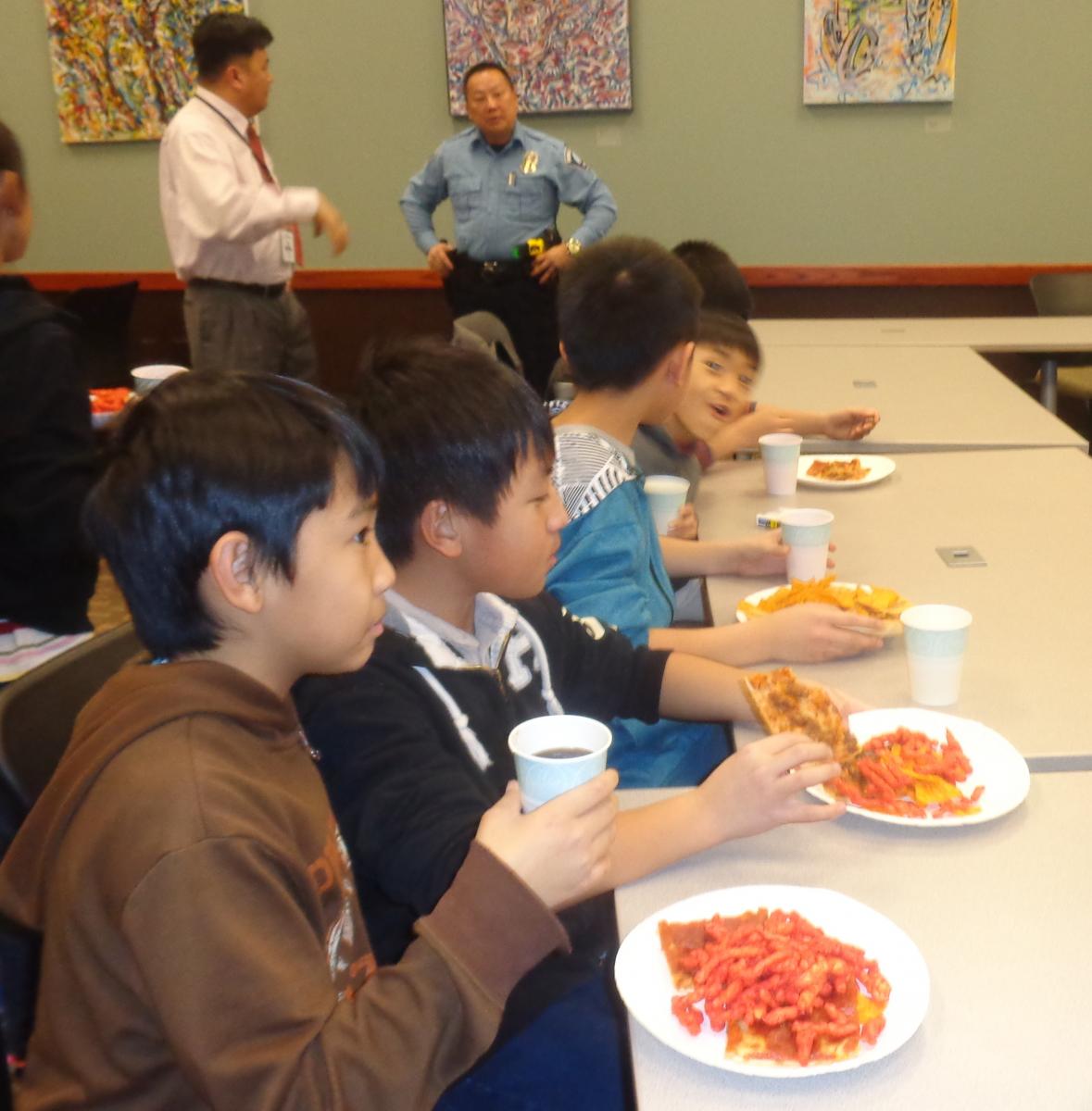