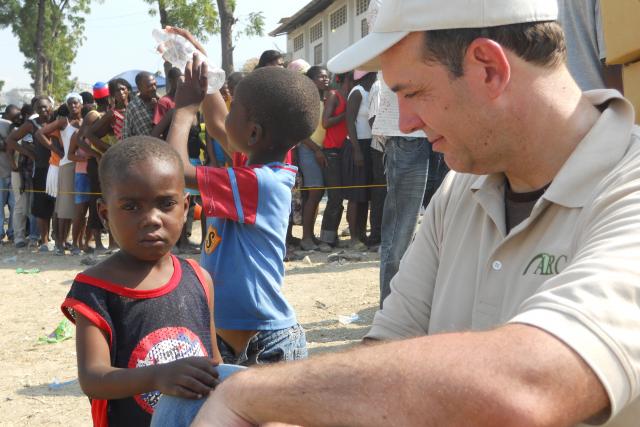 Given the recent terrorism conviction of a Minneapolis Somali man, this might not seem like the best time for a race that celebrates the Somali community in Minnesota and raises money to help improve the lives of people in Somalia.

On the other hand, it might be the perfect time, suggests Daniel Wordsworth, CEO of the American Refugee Committee (ARC), the organization behind the Oct. 20 Run to Unite event.

The terrorism case in a federal court in Minneapolis focused on a small number of people doing the “wrong thing,’’ Wordsworth says, and “if you never talk about the 99 percent doing the right thing, the 1 percent becomes 100 percent of people’s perceptions.’’

Negative events cannot frame the picture of who the state’s Somalis are, he says, pointing to their and other African immigrants’ wide contributions in business, sports, arts and education.  There are more than 400 Somali students at the University of Minnesota, for instance, he says.

A unique partnership between the Minnesota Somali community and ARC lies behind the second annual run or walk event with proceeds going toward alleviating the humanitarian crisis in Somalia brought on by drought and famine in 2011. Hundreds of thousands still live in refugee camps and makeshift shelters, Wordsworth says.

The three-year-old partnership has resulted in a program called I Am A Star, a partly online effort that has now engaged more than 35,000 people in 60 countries to join the humanitarian relief effort.

“It all started with the Somali community doing car washes and going door to door and raising money in mosques,’’ Wordsworth says. In the past Twin Cities kids have raised awareness of and funds to help alleviate the famine crisis. Kids from Savage painted and sold rocks door to door, Somali-American students washed cars and staged walks.

ARC has sent 12 people to Somalia help with relief efforts, including among them a Somali doctor, nurse, social worker and businessman. 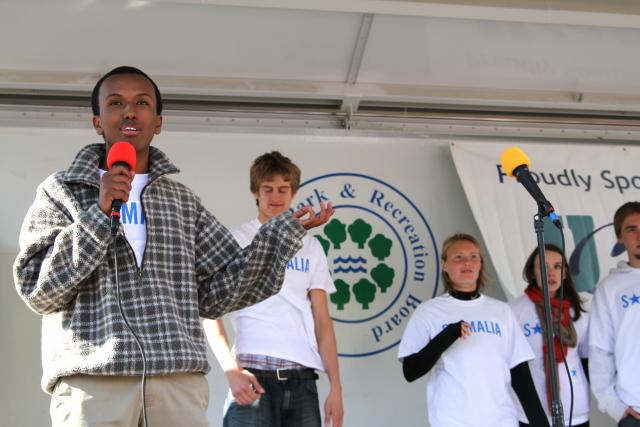 Mohamed Samatar speaking at the 2011 Race to Unite. (Courtesy of American Refugee Committee)

“We used it as a cause to make people aware of what was happening in Somalia and wanted to encourage communities to come together for a cause, to do something good,’’ says Samatar, 20, whose family left Somalia when he was an infant. The event raised more than $30,000.

So far, $6.9 million in government, individual and corporate funds have gone to the relief effort in Somalia, helped by the Somali-ARC partnership. Among participating Minnesota corporations are Best Buy, General Mills, The Mosaic Company, UCare and the Greater Twin Cities United Way.

So far 300 have signed on. A $50,000 donation from Dahabshiil, a Minneapolis money-transfer company, hinges on the amount others donate.

The I Am A Star program, which has earned admiration from many celebrities as well as Secretary of State Hillary Rodham Clinton, recently received the Peter F. Drucker Award for Nonprofit Innovation with an accompanying $100,000 in prize money from the Coca-Cola Foundation.