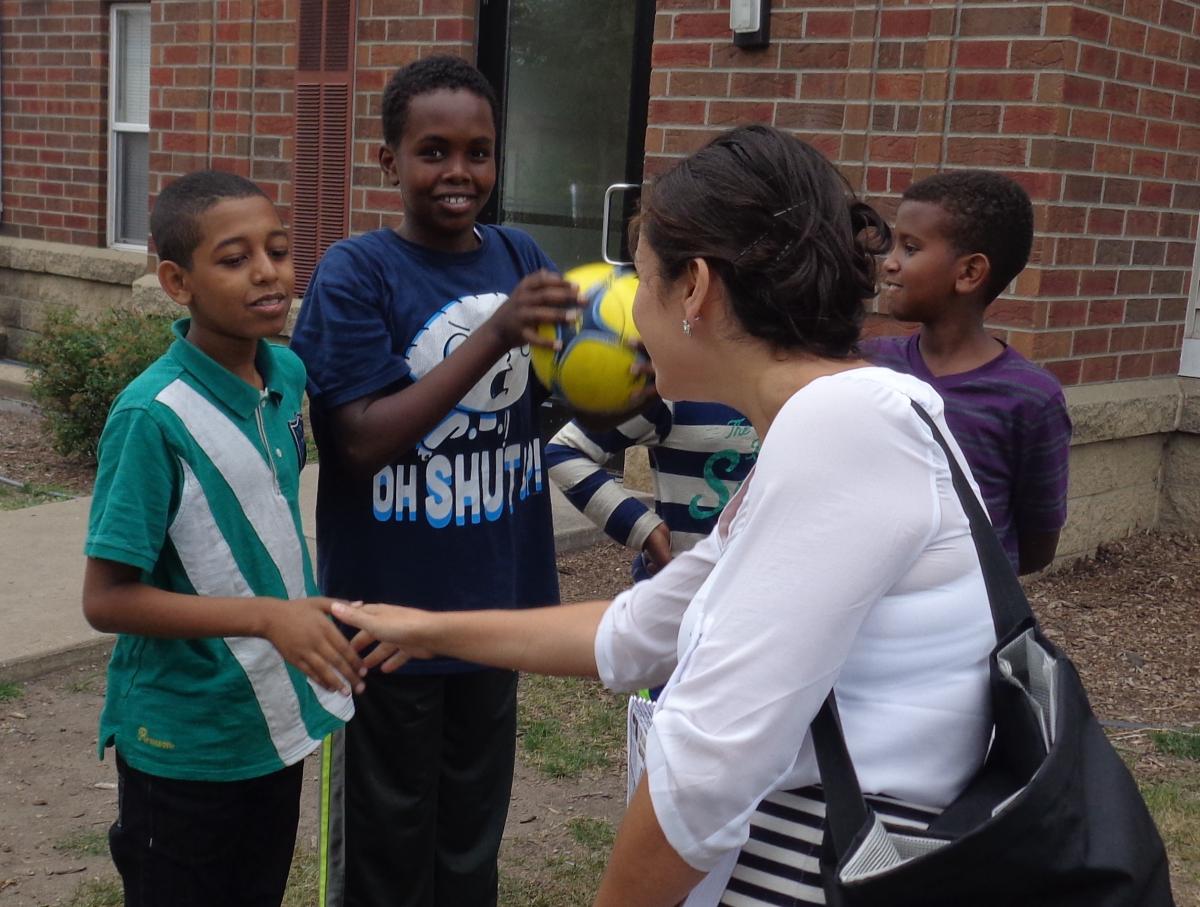 On August 7, councilmember Cano met with over 50 family members living at 2909 Bloomington Ave. S., to hear about safety concerns and work with residents to get problems fixed.

Also participating in the meeting was Minneapolis police officer Abubakar Muridi, along with several other MPD officers and staff, and board members from the East Phillips Improvement Coalition. 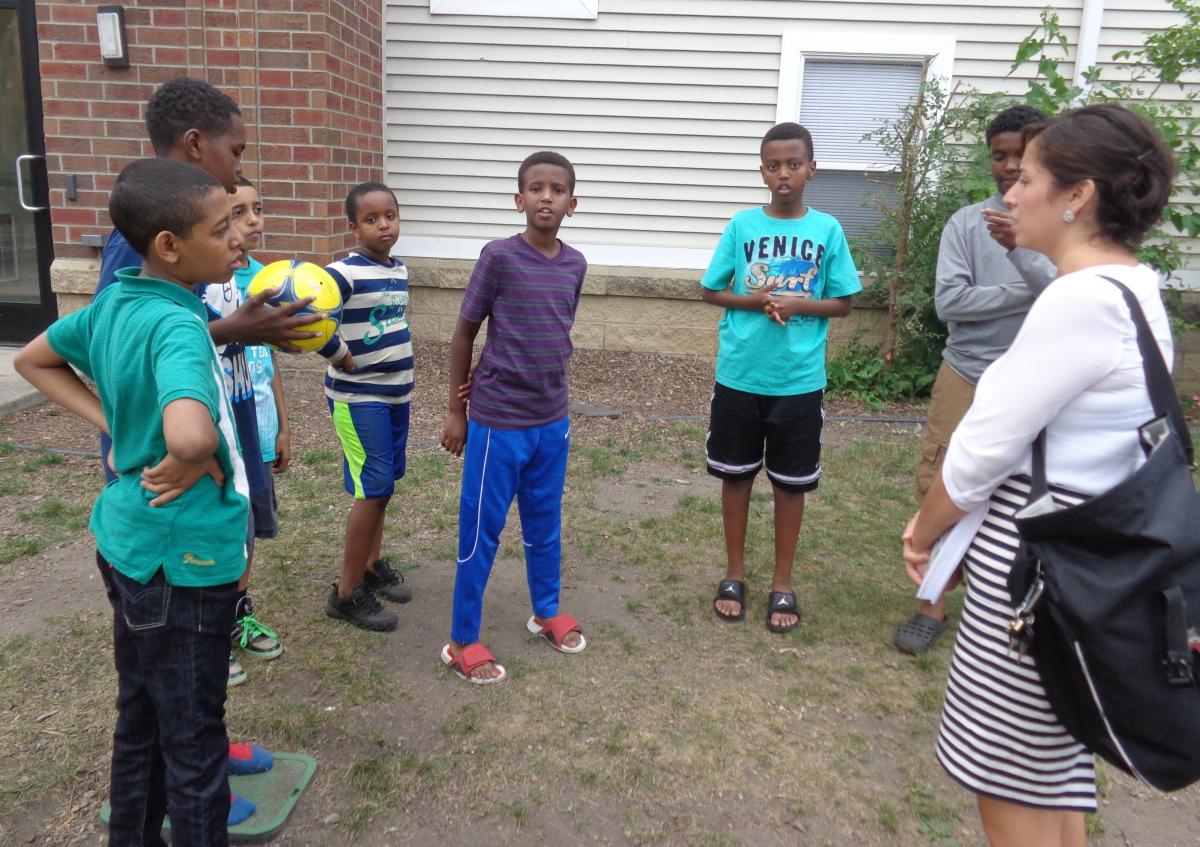 2909 Bloomington soccer players tell councilmember Cano they would like a soccer goal, basketball hoop in backyard

Before the meeting, councilmember Cano was given a tour of the backyard by soccer players living at 2909 Bloomington. They talked about problems with cars speeding down the alley, and said they would like a fence put up to separate alley car traffic from the youth playing in the back yard. They also hoped for more green grass, a basketball hoop and a soccer goal, a bigger playground, and speed bumps. 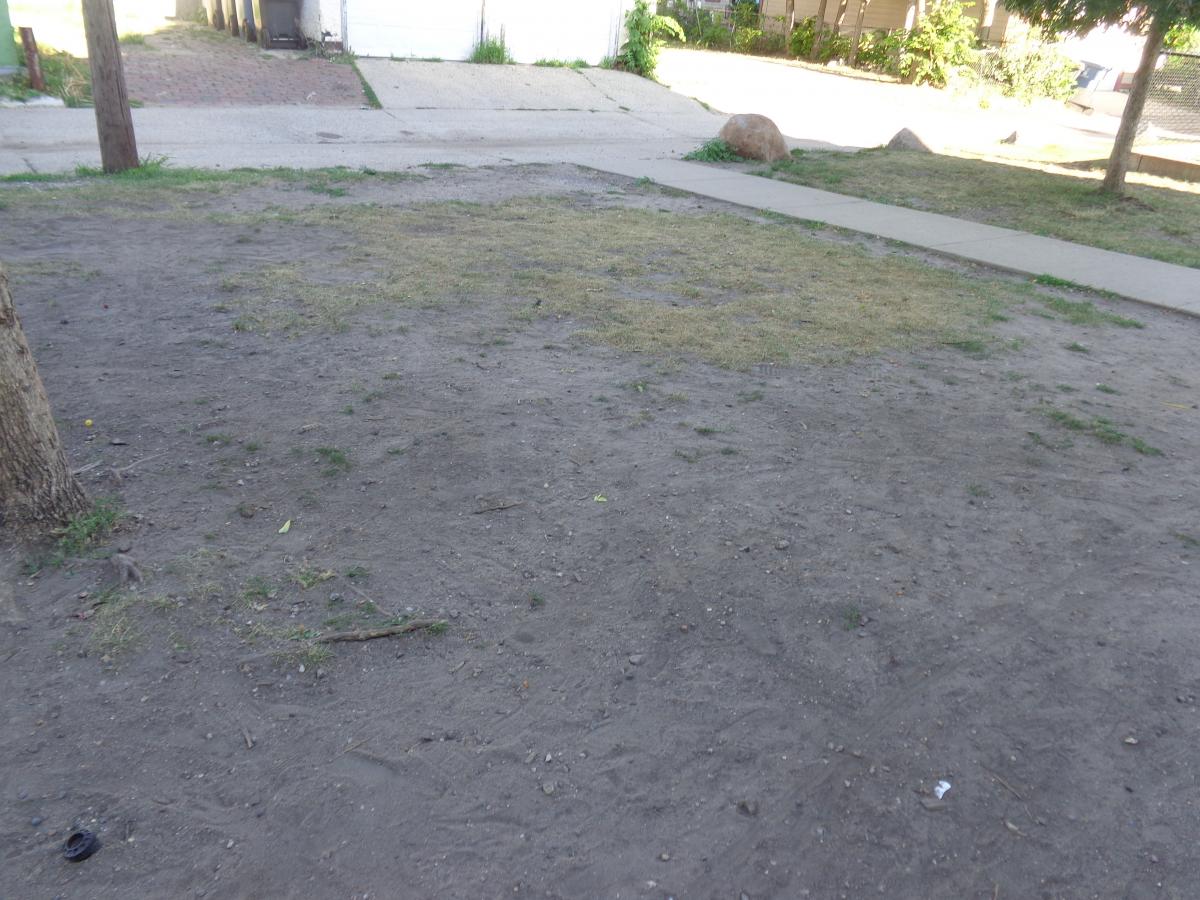 The soccer players then escorted councilmember Cano into the front lobby of 2909 Bloomington, where over 50 residents young and old talked with the councilmember about problems plaguing the building and surrounding neighborhood. 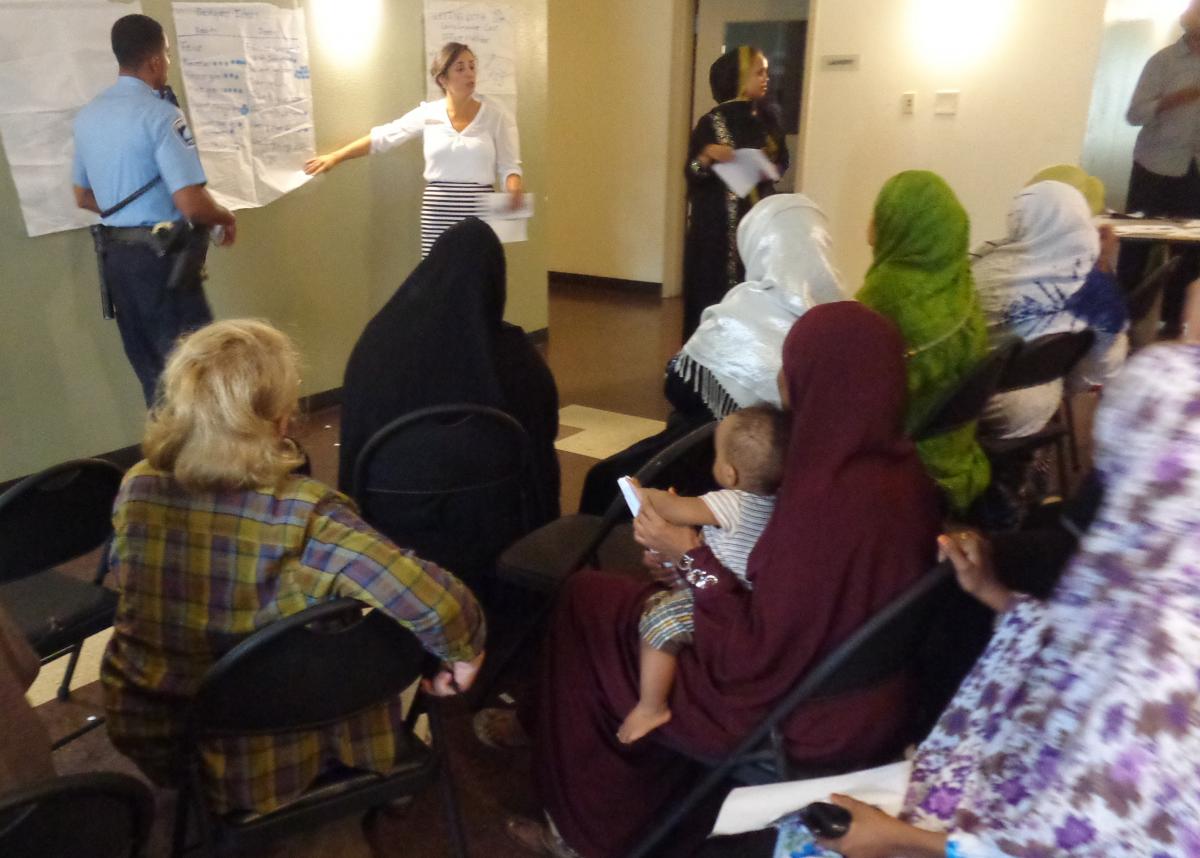 Most of the complaints focused on safety and security. They said that outsiders would regularly get into the building and break into cars and storage lockers.

Students and their parents described how outsiders would sleep overnight in the front lobby, and students would then have to step over people sleeping or passed out to get to their school bus stops. Little children said they were afraid the strangers sleeping in the front lobby would take them as they walked pass to go off to school.

Residents said many of the security cameras don’t work, and that the buzzer system also doesn’t work.

Residents also talked about access problems, especially for the disabled and elderly. Often the elevator would not work, and then those disabled and in wheelchairs would be trapped on the upper floors. Residents also said that many elderly and disabled did not have access to the washing machines, because the washing machines would only work with cards that had to be purchased from the midtown market. 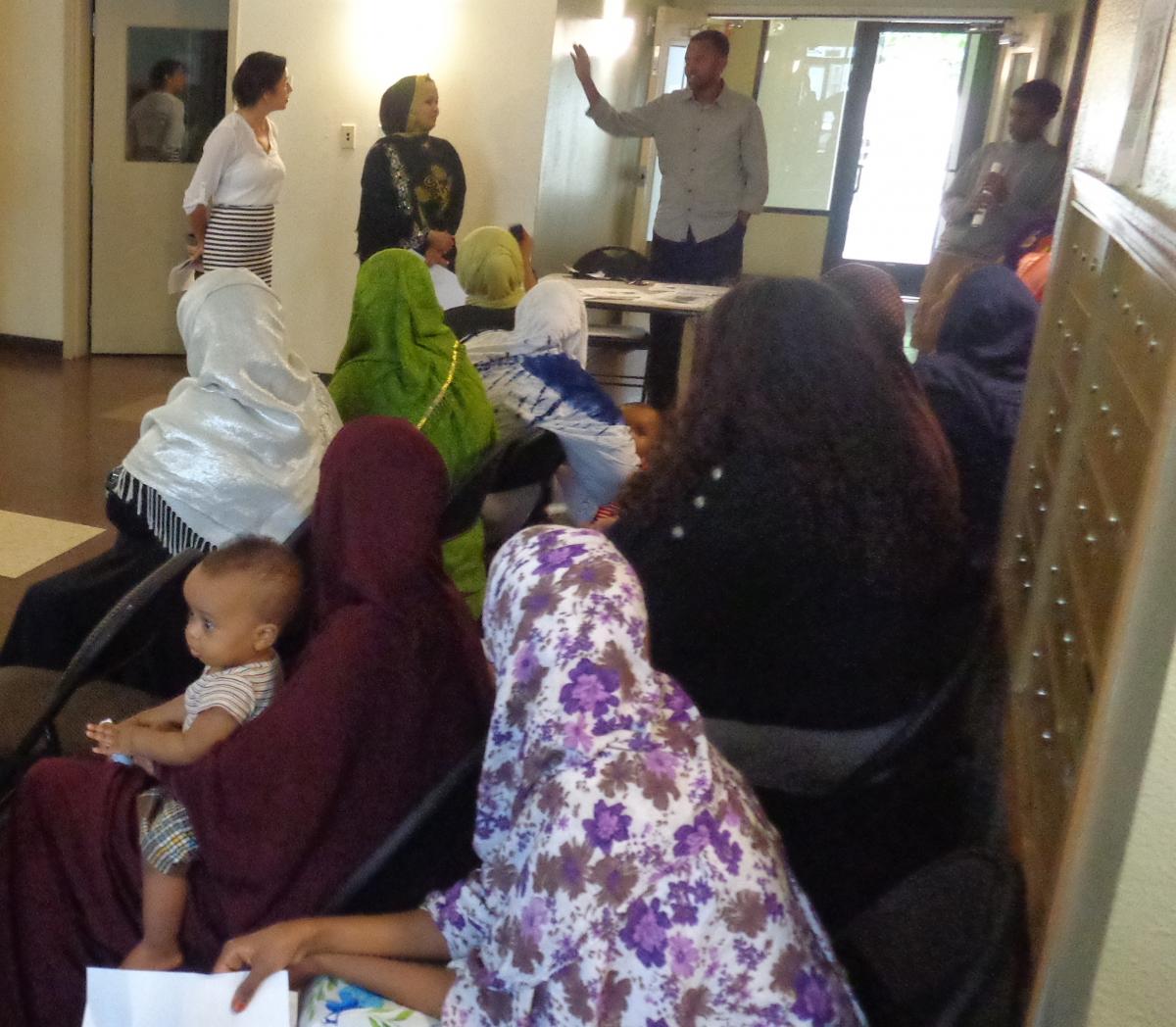 Councilmember Cano suggested a followup meeting with Homeline to help residents understand their rights, and pledged to work with residents to deal with the security issues.

After the meeting everybody enjoyed homemade sambusa. EPIC provided chairs and additional refreshments. 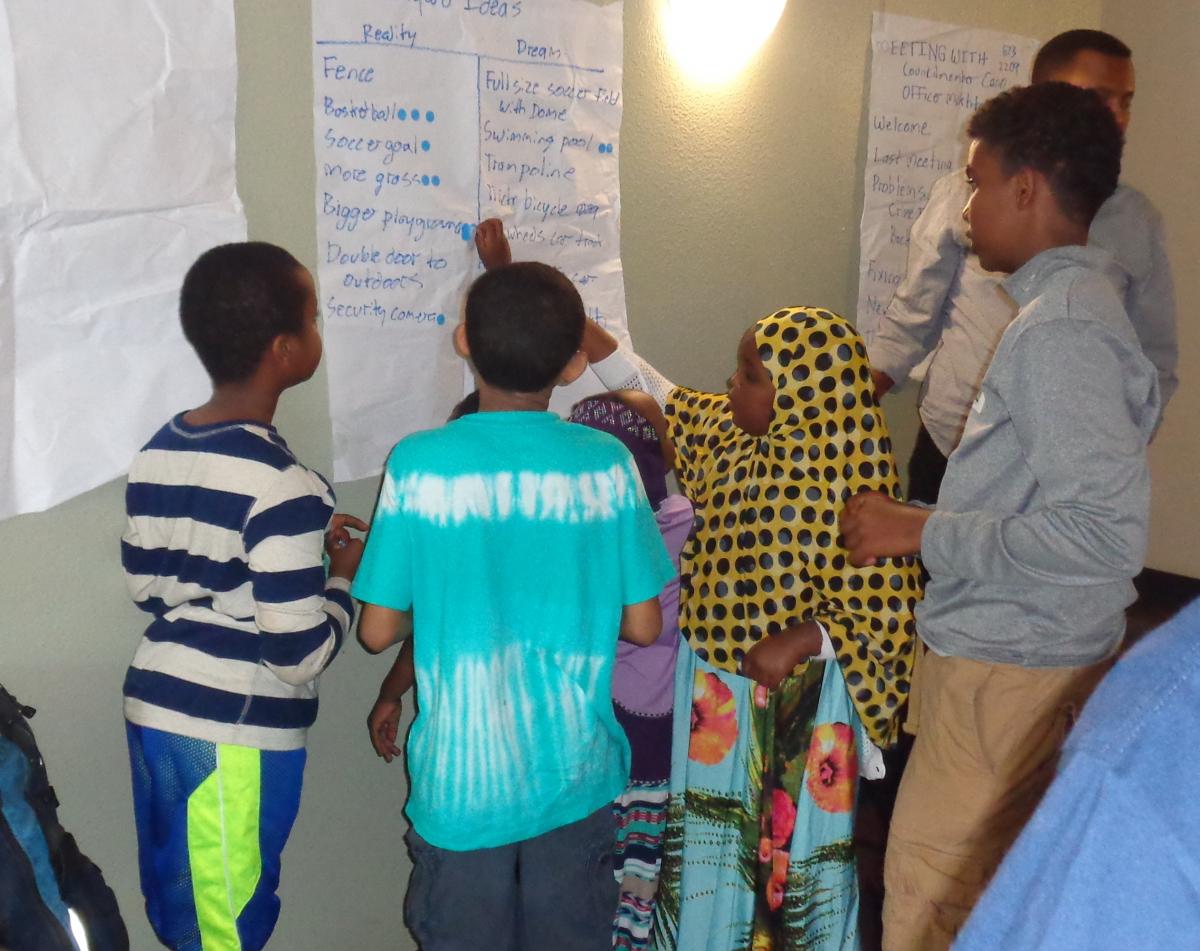 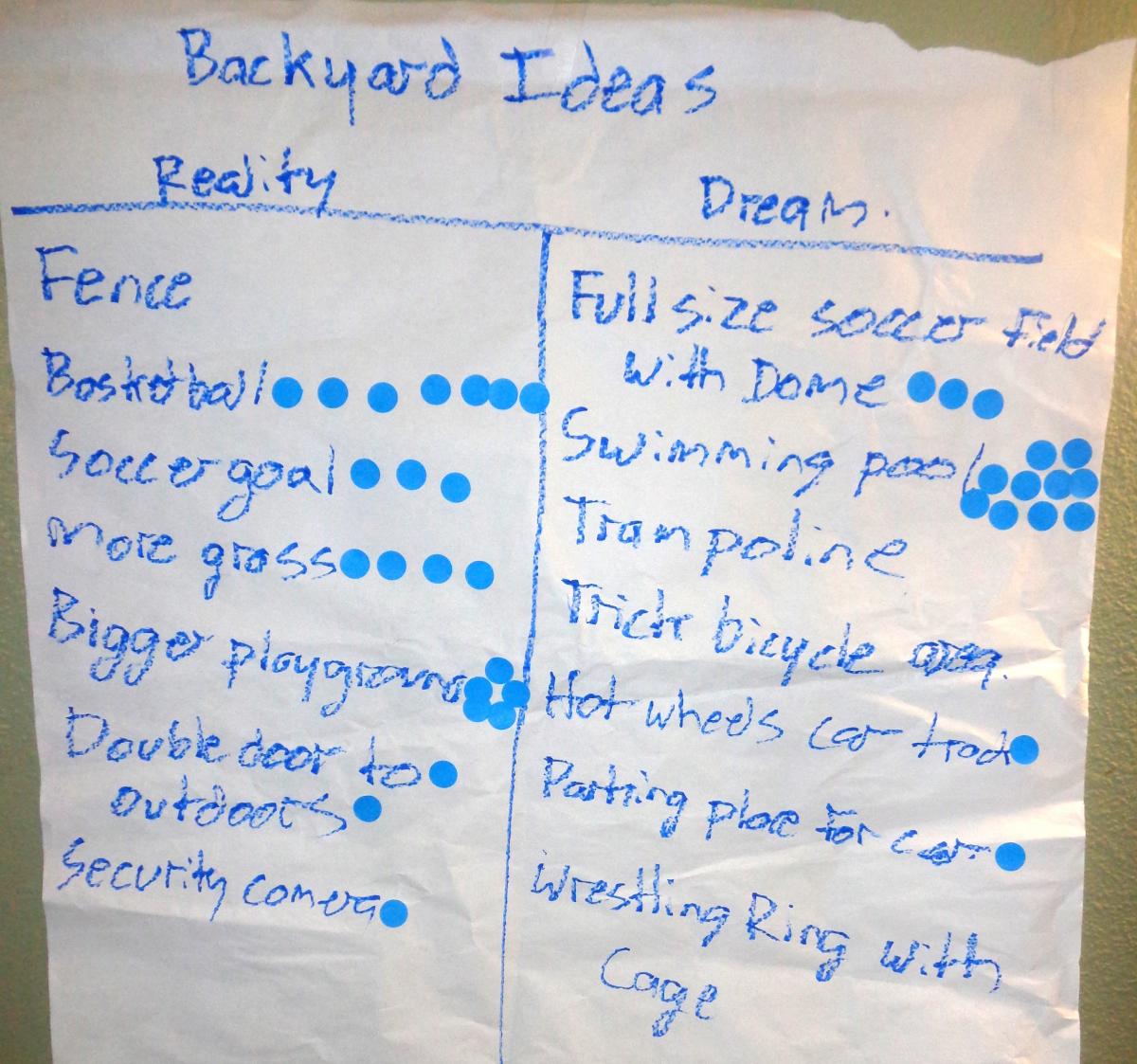 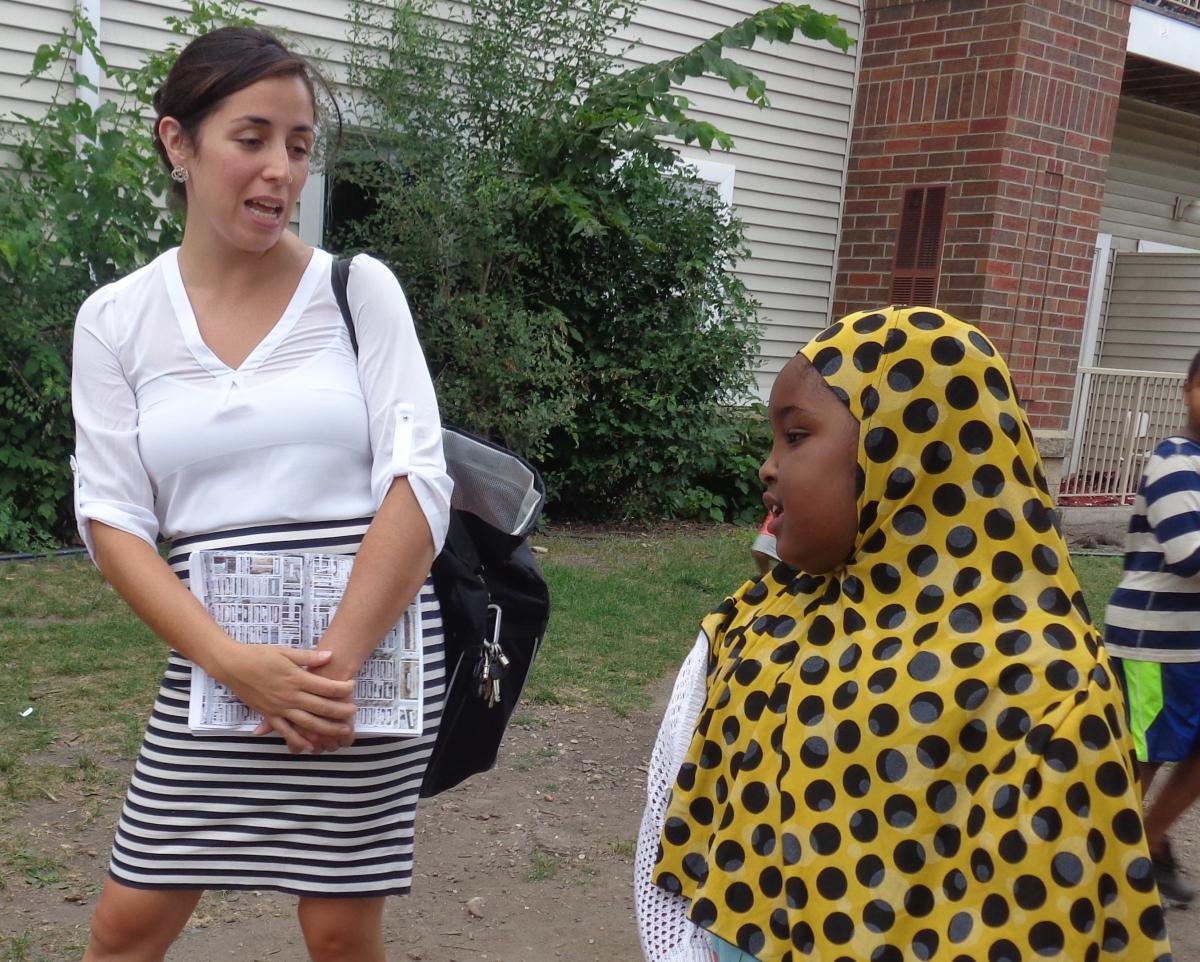