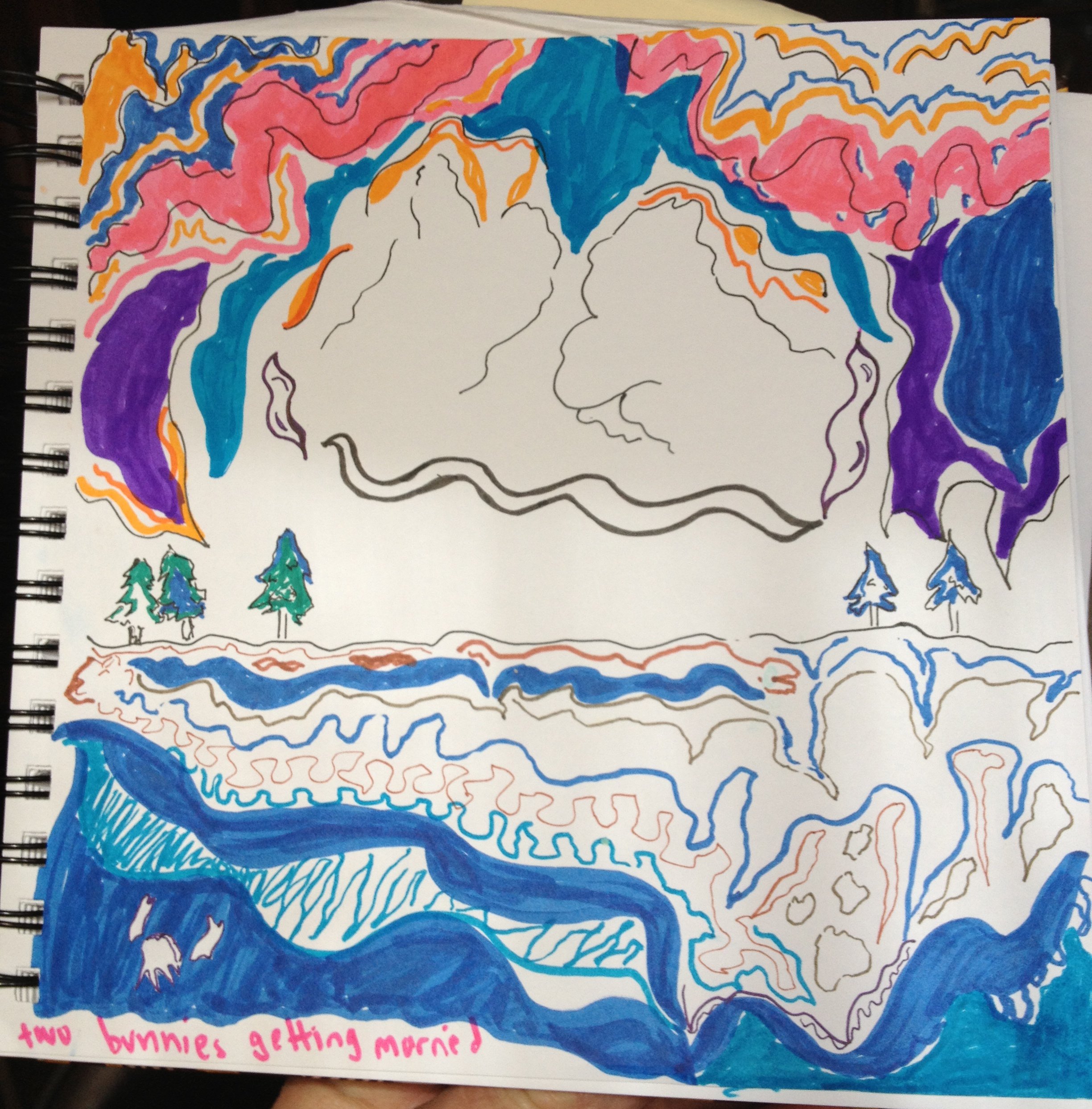 Me: “Well it is summer. Did you drop off that application at the ice cream place    down by the Guthrie where your friend works?”

Me: “To work or not to work is one of those choices. In my slacker days I sometimes chose both.”

Actually since the age of 18 I’ve always worked and supported myself and did so all through the 80’s.  There were times as the carpet of life unrolled on my forward path when odd jobs appeared, temporary and one-shot. These gigs were take ‘em or leave ‘em usually in that sequence.

In the mid 80’s I allowed myself to purchase a F150 pickup from a friend, the one vehicle that interrupted a streak of 15 years of no car. I loved that thing. It had a huge 460 V8 engine that could climb a tree, a ride like bouncing on a tight mattress and a king of the road view and control over all lesser vehicles. I placed an ad in the Wedge newspaper for my new business “ABC Delivery”. Repeated over and over “ABC Delivery, ABC Delivery, ABC Delivery,” in a monotone and it becomes a Zen Koan or a Gregorian Chant. I picked up loads of mulch, helped move some folks, stuff like that. I enlisted my rat bastard roommate Phil to help move a woman across town and we lost some of her pots and pans on 35W. Phil to his credit, as I parked on the shoulder, braved the traffic whizzing dangerously by, helped to recover most of her stuff minus a couple of lids. Another job was carrying a riding lawn mower from the Sears on Rice Street to be delivered to Burnsville. Just as I was about to get on 94 the dang steering column came off in my hands. Some how I got the F150 back to the parking lot where it sat until I could get out to a junkyard in Blaine for a replacement. Learning to install a steering column in an F150 and not dying on the highway were good things. I forget how my customer got his riding lawnmower home and that was the end of ABC Delivery. The F150 lost its appeal soon after and I sold it.

Working in the hotel business got me a few side catering jobs. I worked a few times for a Cathedral Hill restaurant owned by a French guy who drove an antique Renault with a canvas sunroof. The catering part was run by his wife M. M was large toothed, friendly and flouncy and I picture her today wearing a big hat decorated with flowers. I served formal dinners and events in the homes of wealthy people in Kenwood and Edina. Access to the how the other half lived was enlightening.  Us servers were mostly invisible as long as things were going well. Class-consciousness 101 and the following observations are in general. Poor people wonder: Do we have enough to eat? Middle class people often think:  Is the food a good value and is it nutritious? Wealthy people are all about is it delicious and more importantly is it “presented and served well?” Was the atmosphere and dining experience a pleasure? The cool thing about catering was my coworkers. To pull off an event people who never worked together before had to immediately cooperate. Workers in catering were in transition, students, slackers, otherwise and/or actors, musicians, etc.  Life skills and connections were to be gleaned while quaffing unconsumed champagne in the back of a catering van parked in the driveway of a Lake of the Isles mansion.

A couple of times I almost tended bar at the old Convention Center. This was when the Convention Center would call the union to hire servers and bartenders. This seems like an old time big city deal that probably doesn’t happen anymore. Twice I reported for duty in black vest and bowtie only to find out that too many workers had been summoned. In a slacker’s dream both times I was paid to go home. Paid not to work, oh yeah, don’t get no better.

Briefly I worked as a driver for a professional photo shop. This was downtown and near the end of the analog age. Today this service is no doubt done digitally. Ad and modeling agencies and such commissioned custom prints. I’d pick up the negatives, actual canisters of film, and deliver the finished prints in the company Ranger, a mini version of my monster F150. The guys who worked in developing and printing were kind of pricks. I got falsely accused of being in a fender bender. After a week I lived the slacker’s dream scenario of quitting dramatically on a Friday afternoon. “This job sucks! I quit!” One of the butthead tech guys had to finish the deliveries. Hah!

Me: “Yes! I mean no! Lets review the situation, shall we?”

If a slacker is getting by and doesn’t need the job, by all means they should quit, pull up a lawnchair and name some clouds. Down time is an opportunity to pursue mental health, have fun, be with people you care about and be creative. I’d like to think that’s what I did after shoving a couple of my odd gigs back in the 80’s. Hey, I’ve got a couple of weeks free now. So my daughter, after you finish it can I read your new John Waters book about hitchhiking across the USA?  I probably should get going on the scale model of the Lowry Avenue Suspension Bridge (this is true) I need for the civil engineering class I’m teaching in the Augsburg STEM Academy in July. The south side of the house needs painting. Should we take a quick trip out to the Badlands or not? Hey, school will be starting up again before you know it, (Go South High Tigers!) you’ll be on the honor roll again which is a full time job in itself and you have your whole life to work.

A happy slacker either works as little as possible or finds work that is rewarding and fun. This summer lets do both. I’m digging that you spent all afternoon making a drawing of clouds over Lake Nokomis that resemble two bunnies getting married. Cloud Bunnies Getting Married Over Lake Nokomis. Repeat that over and over and you have your answer.