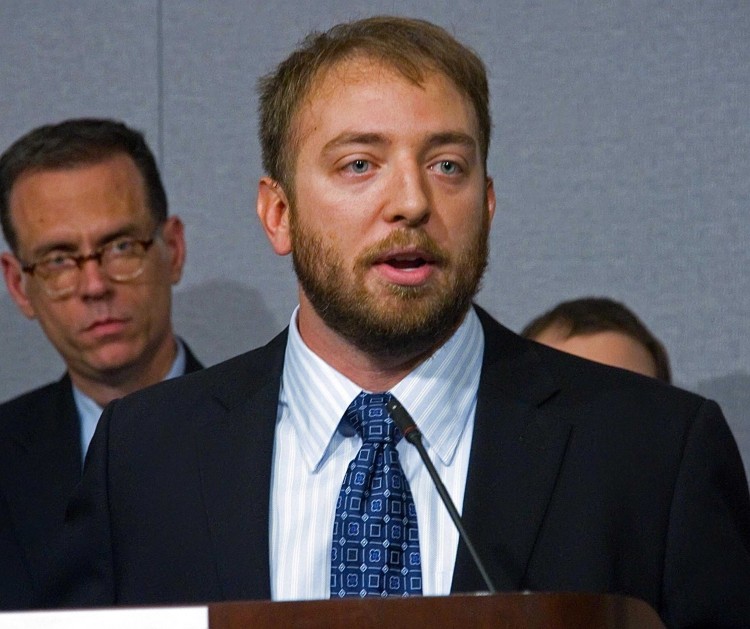 Re: Talking about marriage equality

Usually I use the editorial plural “we” here at Bluestem, but I’m stepping out of that convention to speak in a personal voice.

I’ve been reading about your resistance to repealing the Minnesota state version of the Defense of Marriage Act, and I’m growing a bit weary of your habit of branding calls for marriage freedom as somehow the domain of “real liberal constituencies.”

The topic’s been taken up by Aaron Rupar at City Pages in Majority Leader-elect Bakk: “Some real liberal constituencies” pushing marriage equality bill. Already, the usual progessive suspects are engaging in celebratory emotional flooding about the article. Boring. I don’t see the usual ritual liberal fauxrage as being particularly helpful here.

I’m going to step out of the voice of the poor country blogger and tell you a bit about the conversations I’ve had since high school about same sex attraction, and why this conversation doesn’t mark me as a card-carrying member of a “real liberal constituency” but as a real Minnesotan who understands that failure to engage in the life of one’s community, to recognize my neighbors, might mean a genuine death by snowbank.

Early on, members of my family, who got here during territorial times, picked up on the fact that we talk to each other or die. Think blizzards. Think US-Dakota War.

As a kid, I noticed early on that people do better when we talk to each other, know our neighbors and the next town over and the city beyond. Things in Minnesota don’t seem to go terribly well when people don’t talk, don’t listen. Talking leads to Minnesota miracles and dairy co-ops. Not talking and listening builds a mass gallows in Mankato.

You and I don’t know each other outside of the generic meet-and-greets, but checking out your biography, I’ve reason to believe you understand the need for people to talk, to negotiate, to seek the best for everyone, rather than simply languish in custom and practice, where an injury to one is an insult to all. You’re a union guy, and in my experience, union people get the part of Minnesota that’s about working together.

My conversation began in in my junior year of high school when, in Mr. Smart’s Pre-College English class discussion of current events, the subject of “gay liberation” came up. Mr. Smart sneered about the topic and my fellow students picked up on that cue. I raised my hand and said quite innocently (I think) that I felt that there wasn’t enough love in this world, and if men loved men, that was fine by me.

That was one battle I fought alone.

Publicly at least. What happened next made me uncomfortable for a couple weeks: as word made it around school, friends came out to me. Way to go from easy and abstract logic to actually having scared teenage boys confiding secrets to a socially awkward girl. I’d like to able to say that I was heroic, brave and compassionate, but to be honest, I was pretty freaked out. It was the mid 1970s, there wasn’t a lot of information available, and suddenly, my friends were queer.

Once I calmed down, I realized they were my friends and they had always been gay, though I didn’t have that word yet. My knowledge didn’t change anything about them, however more interesting my world got.

Since then, the conversation has expanded–in Philadelphia, during the height of the AIDS epidemic, before life-saving meds came; in Springfield, Missouri where John Ashcroft was governor but Christian student clubs and the GLBT student group I advised sat down and talked in large meetings; and, this past year in Minnesota.

It’s okay by me to put working on the budget first, Tom. Let’s do that. It’s a priority.

But it borders on offensive to tell me that some sort of “Others,” rather than a broad spectrum of Minnesotans, want to go on with the discussion we’ve had about marriage this year. While most of us knew that same-sex marriage wouldn’t be suddenly legal if the amendment were defeated, those working against it took the legislators who voted to put this turkey on the ballot at their word. Let the people decide. We talked about what marriage means, and we said no to freezing one definition in the state constitution. And we talked about what marriage could be.

There’s a perfectly non-offensive thing to say if you want to get the budget fixed first without angering those who took part in this conversation.

See if you can say this: “Those who want marriage equality tell me they want to do it right, thoughtfully, and not rush a bill. We’ll work on solving the budget, and we’ll start the hard work of continuing the conversation about marriage when our solution to this most pressing problem is signed by the Governor.”

Let’s get that budget fixed, Tom. Part of that involves doing something about the way education gets funded.

Then let’s all have the courage to continue the conversation about marriage. It might take you a while to get comfortable but being alive isn’t a comfort zone, I learned back in Mr. Smart’s class.