A St. Paul attorney credited with helping win a landmark class-action lawsuit and jump-starting a program to head-off homelessness retires this week after nearly four decades of working with the economically powerless.

Those she worked with and those she worked for describe her in superlatives like extraordinary, tireless, zealous, awesome and compassionate. Her employer goes so far as to call her record of advocacy for the poor “legendary.’’

During her 37 years on the job Martha Eaves, a lawyer with Southern Minnesota Regional Legal Services, a.k.a. Legal Aid, says she saw the nation’s poverty rate balloon from relatively low poverty rates in the 1970s involving chronic mentally illness and chemical dependency to wider-spread poverty engulfing the working poor, because of changing government policies and later because of recession.

Graduating in 1976, she began work immediately for Legal Assistance of Ramsey County, SMRLS’ predecessor, at an annual salary of $10,500, just $500 more than she’d been making as a teacher.

Coaxed this week into reflecting on the thousands of low-income women and children, disabled persons and persons of color she’s helped over the years, Eaves, who grew up in a lower-middle class family, said simply, “I try to do what I can.’’

What she did included investigating why so many seriously mentally ill Minnesotans were being denied Social Security as financial support by the federal government when states “de-institutionalized’’ persons in the 1980s from state hospitals to communities unprepared to receive them.

Puzzled by the exclusions and armed with the names of 26 individuals denied benefits, Eaves went to the state welfare office looking for answers in client files.

Finally she asked the government worker she met with, “Do you have insight why these people are being cut off or denied?”

The worker handed her a memo from national Social Security headquarters to the state offices informing that in cases of persons under age 49 with mental illness, there would be a presumption that person had some ability to work.

Realizing the illegality of the directive, Eaves hand-copied the memo, “literally” running, she says, back to the office of her then-supervisor Mark Bohnhorst to tell him, “Mark, I have a smoking gun.’’

Eventually, the lawsuit the agency filed with others — Minnesota Mental Health Association v. Heckler — and an appeal at the Federal Court Eighth Circuit led to 8,000 disabled and homeless persons receiving Social Security benefits. The appeals court judge praised her argument as one of the two best oral arguments he’d heard on the appellate bench.

Further, what Eaves realized she could do was listen – along with Ramsey County planner Jean Hammink — to low-income people, to see what they needed to keep them housed and fed.

They needed people to advocate with their landlords for them, Eaves said, a place to go when they were in crisis, drop-in clinics and information about other community resources.

Living on the economic margins

“It’s not an easy life to live constantly on the economic margins,” she told me. All it takes is one flat tire or an employee home one too many days with a sick kid, before a low-income worker loses a job and that spirals into losing housing and health care.

So Eaves wrote a grant for funding from the Legal Services Corporation, begun under President Richard Nixon, to start Project HOPE in 1995. It became a successful national model.

Eaves calls it “an incredible experience’’ with huge numbers of people doing “a lot of really good work.’’ She became supervisor of Project Hope. She was also public benefits supervisor.

Persons she has worked with, including SMRLS leadership, praise her “outstanding career of public service.” In a two-plus page commendation, SMRLS CEO Jessie Nicholson and senior leadership attorney Steven Wolfe commend the quality, scope and creativity of her work.

At the state level, Department of Human Services Commissioner Lucinda Jesson said, “Martha has been a pillar of the legal services community for decades.’’

Jim Anderson, a planner for Low Income and Homeless Services with the Ramsey County Human Services Department, praises the “depth of her compassion and empathy for folks who have struggled in life. Martha was not one to sit back and accept things the way they were. She not only has a passion to change things for the better, but also the ability to do so, “ Anderson said. 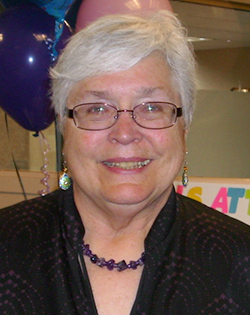 Those whom she has worked for praise her as well. Minnesotans Standing Together to End Poverty presented her with their first Warrior for Economic and Social Justice Award, one of many she’s received over the years.

“She has been a real champion for social justice” and an “awesome lawyer,’’ said Marsha Cressy, director of MNSTEP in St. Paul, which she describes as “an organization of low-wealth people.’’

“She is like an angel — nothing short of that,’’ says Janet O’Connell, St. Paul, who credits Eaves with helping her brother in his 50s qualify for Social Security Disability and Medicare after the man had three strokes, lost his job as a truck driver and nearly lost his house.

Eaves helps, O’Connell says, “because it’s the right thing to do.”

Says Eaves: “I tried very hard to do what I could for people I was working for.’’

“I love my career. I love my clients,’’ Eaves said. “I just wish people could see beyond many prejudices about poor people not wanting to work. It’s plain falsehood. It’s perpetrated so people don’t have to face up to how unfair our economic system and our social system is. We pretend like people start out equally, and they don’t.’’

She plans to spend the summer as a sort of sabbatical, doting on her two sons and four grandchildren before deciding what else she wants to do with her life.