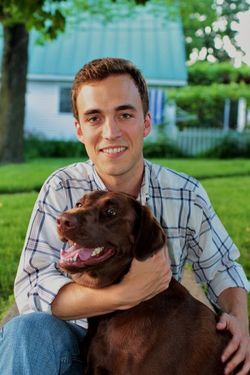 Another Greater Minnesota Democrat in the House has announced his decision to vote “Yes” on Karen Clark’s bill to legalize the freedom to marry.

A Democrat who was on the fence as to whether to support a bill that would legalize same-sex marriage in Minnesota says he will vote for the bill.

Rep. Joe Radinovich, DFL-Crosby, said today that if the bill comes up he’s on board.

“To further deny equal rights to all people would be a black eye on this institution and certainly on my own career,” he said. . . .

Ironically, Radinovich is M4M’s (Minnesota for Marriage) Legislator of the Day:

In November 2012, sixty-two percent of the voters in Radinovich’s district in Aitkin and Crow Wing County district voted to for the amendment to restrict the freedom to marry. The amendment lost statewide.

Radinovich is scheduled to appear on TPT’s Almanac tonight, where the announcement is sure to come up.

Is the heart of rural Minnesota thawing on marriage equality?

Recent developments suggest that the tide is changing for the bill. A  new poll by KSTP/SurveyUSA revealed a Dramatic Shift On Gay Marriage Issue:

Votes to legalize gay marriage are likely to happen in the Minnesota House and Senate next month.  With those votes looming, our latestKSTP/SurveyUSA poll shows for the first time a majority of Minnesotans favor changing the law that bans same-sex marriage.

In our poll, we asked 500 Minnesotans across the state if “the Minnesota state law that defines marriage as between one man and one woman be changed to allow same-sex couples to marry?”

Looking at the crosstabs:

reveals that in the sample surveyed, a majority in every region of Minnesota except for the western part of the state favor marriage equality.

Second, veteran lawmaker Kent Eken announced his support for the Dibble bill last month, as we noted in For total marriage equality win, maybe MNGOP for Freedom could underwrite another M4M trip (like today’s tweet, those road trips don’t seem to be having the desired effect).

Finally, Governor Dayton renewed his appeal to voters to contact their legislators and ask that they vote yes on the freedom to marry, and Minnesotans United releases a TV ad ahead of likely vote on gay marriage.