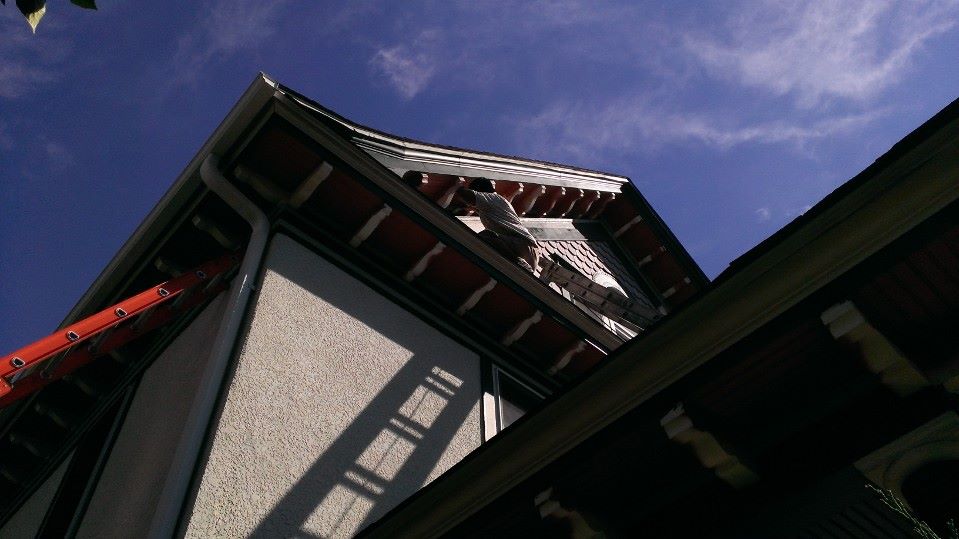 The following is the story I shared last month at Sanctuary’s first story telling event: “The Story”

I don’t know when I last – or since had been so angry – I totally lost it.

It was the week between Christmas and New Year – the people on the radio had just reminded me that for some it is “a week long break, filled with families and feasts.” BULL!

That’s what mine used to be like!! Now I was struggling to pay my bills, while working to rescue a failing non-profit as an executive director, part-time AND help out my friend with OUR company, Minne-Mex Construction. I was driving from the one job to another, feeling overwhelmed and under-powered, listening to the radio, preoccupied with thoughts as I was rushing back to where we were trying to finish up painting and siding a couple houses in the neighborhood before it got too cold.

For the past several years I had enjoyed the week between Christmas and new years – I had served as a pastor – school teacher – professor – most recently as a program director with a church-based non-profit. But that was before a recession and other circumstances beyond my control (not to say I didn’t try to control them) got me pink slipped the October before. It had been my favorite job ever, the radio DJ didn’t need to remind me how fresh my loss still burned. I considered picking up my phone to complain to the board chairman who had overseen the demise of the organization and the loss of my job, but I thought better of it, bit my lip and kept driving.

I had spent the morning filing reports to donors before year-end, trying to get some pending funds for the Minnesota Immigrant Freedom Network – then I contacted the IRS, where there was a looming tax debt that needed to be resolved. I believed in the Mission of MIFN – they had done amazing work, organizing people and doing great things on a local and national level. I was honored to be the first Non-Latino to work in their leadership – but nothing had prepared me for the confusion and debt I had inherited.

Now I was on my way to meet Jose, my friend and business partner (he’s is an immigrant) We had met 4 years before and now we were co-owners of Minne-Mex – like tex-mex – but with Minnesota instead of Texas. He’s the majority owner 51% – when we started the company last year I put my name on the papers, never expecting to be more than an occasional participant in the work – I’d help secure jobs, work with the home owners, help with some of the accounting – but I didn’t expect to be working ½ time or more climbing ladders slinging paint and learning to take orders in Spanish.

When I got to the house we were painting – he wasn’t even there yet.

He was supposed to get started and I said I’d meet him there. I was HOT! we had a few hours and then it was going to be too cold – more snow was coming – and I was planning to leave town the next day to celebrate Christmas with my in-laws, and he couldn’t even get here to get started without me.

In just a matter of minutes he pulled up on to the vacant lot beside the house. Music blaring from our truck, I walked over, “dude- where you been?” I said to him in Spanish – he replied – “man I been busy, why didn’t you get here sooner, we’d be done if you weren’t so lazy!” something erupted deep inside me – 1) I knew he was busy sleeping cuz he’d been out too late the night before 2) he knows nothing makes me more angry than to call me ‘flojo’ or lazy!

It all erupted on Jose – – – and I knew it was coming back at me. He threw open the door and came running after me- fists raised ready to knock me out! – the grass was covered in a light frost and I knew my options were limited – I wouldn’t run from him – I couldn’t out box him – so I squared up, dodged a punch and got him in a head lock. He was still coming at me and so his own momentum helped me throw him into the snow.

Next thing I knew I was on top of him, holding him in a head lock – his shirt and coat had worked up and his bare back was flat on the frozen ground. With his free hand he pushed on my face. – Get the f***off me – now! I jumped up thinking he was going to keep at me. Instead he walked back to the truck telling me we were done as friends and as a company, He said, “go back to the house” and he would get his tools out of the garage – my name off the truck title and we would be done!”

As we drove into the street a group of young black men were looking at us with open mouths and shocked expressions. Within a hour, things were all patched up and we got back to painting the house. the next day, I was in the car with my wife, on our way to the in-laws for Christmas. I was thinking about the day before when I began to laugh out loud. I realized the guys in the streets were gawking at us, shocked at the crazed white guy and the Mexican fighting in the empty lot!

Over the next year MIFN was a good place to work, but the funding couldn’t be secured and so I applied for jobs: teaching, with other non-profits – things I was sure I could get – but nothing…. Yet Minne-Mex kept growing. Jose and I still worked together, and fought too, but he was consistently there when I was getting denials from everyone from grant applications to job applications. By the time the next December had come around it was clear the Freedom Network was going to have to fold, yet Minne-Mex had secured a huge contract. I went to working full time with Minne-Mex and we kept busy throughout this past year and even had some time for some vacations.

On December 1, Jose wanted to meet up –

I thought I was because it was 6 years to the day since we had met; when I took a “Day Alone with God.” My work-place excepted us to do this every month in order to retreat, refocus and refresh. I had decided to take my November and December days back to back. I would do an overnight retreat, but not at some isolated retreat center. I was questioning many things and decided to make a test, if God was real then I should be just as able to find him walking and sleeping in the noise and grit of the streets of the city, as in the conventional means, a serene retreat in the midst of creation un-marred by human hands.

I found God, in the noise and chaos, and in a young man looking to make a change. Jose. Don’t think I was setting out on some mission activity, We just connected, as friends and equals, and with the strength of our community who stepped up to help with housing, friendship, training, and jobs – we’ve been friends ever since.

BUT – Instead of celebrating the past six years, he told me it was time for him to go back to Mexico. 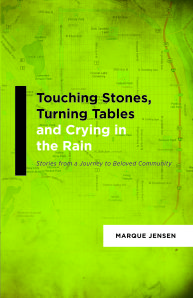 His Grandmother, who is more like his mom, was having a bad spell of health. He hadn’t seen her in over 14 years, he felt it was urgent to go and so we left the next day.

I hastily lined up Hugo and Miguel to start on a job we were just beginning and then I accompanied him to Laredo TX. Initially he was going to take his car all the way, but the cost of the international transfer and the risk of such a sweet car in cartel country made him think twice. So he took the bus from there, I quickly sold the car and flew home to get back to work with our new crew.

So now I oversee Minne-Mex alone, I mean we talk about stuff on the phone, we discuss and plan, and still argue some but he’s not able to do much from 2400 miles away. He’s building a house there and laying the foundation for Minne-Mex’s vacation venture while also exploring options to return, but it’s not easy.

I’m running a company, something I never intended to be doing at 51 years, as I wonder what adventures I’ll find next on this road. And I’m glad that I learned how to take (and now give) orders in Spanish.