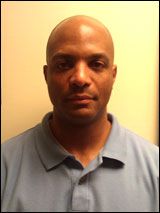 Imagine growing up African-American in the pretty much white-bread culture of Minnesota in the 1970s and 1980s, as Kerwin Bell did, and maybe thinking this was all there was to being black in America, even though your parents told you different.

“In Minnesota back then there weren’t very many of us,” Bell recollects. “The North Side was our very small version of Atlanta. If you didn’t live there [and he didn’t,] you weren’t a part of it.”

Unless you lived right there, he says, there wasn’t that sense of black community, that realization that African-Americans come in “a wide variety of hues and tones,” live in various social classes and have a wide variety of talents, interests, aspirations and goals.

In fact, it wasn’t until he went off to college that he experienced that, and was the better for it, he says.

“Working and living together, with people who look like us, that’s a privilege I didn’t experience growing up in Minnesota,” he says carefully, though acknowledging the privilege of being the son of college-educated parents who had successful careers as educators in Minneapolis public schools.

Times have changed, Bell says, but as a public school teacher today he still sees that kind of community yearning among students of color.

That’s why I’m highlighting his story as I tell you about the 3rd Annual HBCU College Fair coming up Monday, Jan. 16, the Martin Luther King Jr. holiday. The event runs from 3 p.m. to 6 p.m. at St. Peter’s AME Church at 401 E. 41st St. in Minneapolis.

You see, Bell is a 1993 graduate of Alabama A & M University, one of the Historically Black Colleges and Universities that the fair is about, one of those 105 educational institutions in the southern and eastern United States that set out to educate Americans of African descent after the Civil War. There are none such in Minnesota.

Today Bell, 43, works as an equity teacher and learning specialist for the Anoka-Hennepin School District. He has a master’s degree and an administrative license in education.

And so he’s an educational symbol.

Getting kids to college, especially black kids, is a big step forward toward bettering lives, but a struggle nonetheless, given the academic achievement gap here and around the United States.

Eighteen percent of blacks 25 or older in the United States have earned a bachelor’s degree or higher, according to data just released by the U.S. Census Bureau’s American Community Survey.

Many black students are intrigued by the idea of going to a majority-black school. That’s part of the draw for the local Historically Black Colleges and Universities fair, sponsored by St. Peter’s AME Church in Minneapolis in partnership with AchieveMpls, Minneapolis Public Schools and other organizations. Students see a path taken by those just like them toward careers in corporations, education, medicine, research, government and other fields. Last year the fair attracted 600 kids.

“We need to provide as many opportunities and options as we can,” says Marika Pfefferkorn, director of community engagement at AchieveMpls in explaining the fair. She says more than 20 educational institutions will be represented this year with SKYPE access to other HBCU admissions officers and students around the country.

Even though Minnesota is much more diverse these days than when Bell first headed off to college, today’s young people are still interested in mostly black colleges and universities.

Born in Alabama, but raised in Minnesota, Bell was told stories of black community in the South by his parents and extended family that left him longing for a bigger helping.

His parents shepherded him through his childhood, sending him to a Lutheran school in the very early years, then moving to Plymouth when he was in fourth grade but enrolling him in public school in North Minneapolis through eighth grade. For high school it was Benilde-St. Margaret’s in St. Louis Park.

His parents shared stories of their “African-American experience” growing up in Selma, Ala., that had him considering what it meant to be black. Though their earlier lives were marked by Jim Crow laws and segregation, they were sculpted, too, by a rich and varied community of African-Americans including successful black professionals, he says.

Family members taught him to set his sights high, urging him to go to a black college as they had. That brought him, he says, both a fine education and more self confidence, as well as a better understanding of what it means to be African-American.

“Speaking for myself, I didn’t feel I was going to get it here,” Bell says.