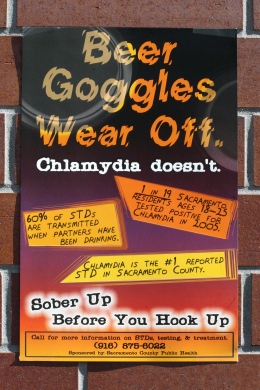 Not many people know, and even more disturbing is the fact that the media doesn’t report it enough, is that April is STD Awareness Month.

Across the country the CDC every April tries to promote safe intercourse and awareness of STIs.

Every year an estimated 19 million people will contract an STD and most of those people are under the age of 25 without insurance. And, that’s important to realize.

I guess the reason that it’s barely now being talked about on the mainstream news is it’s not as suspenseful as say the supreme court gay marriage ruling, but it’s just as important.

With so many teens becoming infected, and many not even knowing it, it’s a real health problem for the United States. Especially since some of them without treatment can cause long term conditions including infertility.

Education is the most important thing that the CDC is trying to push right now. Not abstinence or anything like that. Simple education.

I have a child that isn’t quite old enough for this to matter, but it’s coming up and I’m not looking forward to the headaches that come with it, but by properly educating them I hope they will have a good chance of not becoming one of the 19 million a year people that contract one. Or become pregnant in her case.

For those of you with kids like me here’s a great resource that will help you to talk to them openly.

So my question to those of you reading this is did you know about STD Awareness Month? and How open are you with your kids about this fun topic?