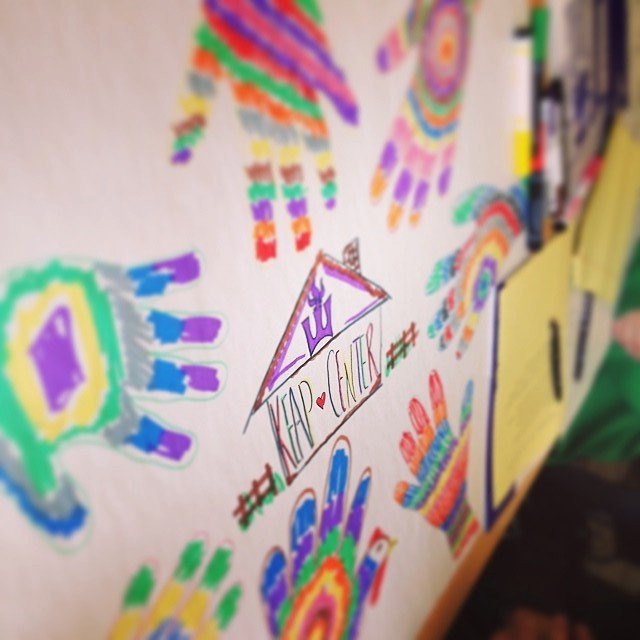 Earlier in April I reread Martin Luther King’s Letter from a Birmingham Jail, for its anniversary. This time I read it with a new understanding about myself and the world I live in, especially amidst the Supreme Court’s decision that race is not a factor in a student’s experience in admissions or in college. A world where many believe we have achieved Martin Luther King’s dream.

Yet, I sit here writing with the benefits of the equality and freedom Martin Luther King Jr. and millions of civil rights Activist fought for but I also write with the fear that that the sentiments of prejudice and racial inequality Martin Luther King wrote about in his letter are still relevant today and will always remain true.

Growing up I did not have a good sense of identity. I hated myself. I hated that I had plain black hair and eyes that everyone would always describe as ‘almond shaped’ and never as “beautiful.” I was embarrassed by the way my parents spoke in broken English and ashamed that my community was always featured in the news followed by the words, “murder,” “gang member,” “violence,” and “another broken family.”

But my entire life, society taught me that education was the “great equalizer.” My parents raised me up to believe that college was going to better me and give me the respect I deserved from other people. So as the first-generation in my family to attend college, I was proud and excited to have this opportunity. In retrospect I had the academics, passion, and intelligence to go to a bigger and well-known institution, but instead I chose to go to Winona State University because I needed my family’s support while going through college.

I have stayed here for the last four years and I have been challenged and tested in ways I never thought about. At Winona State University, as I discovered social justice, for the first time in years, I found the words to describe all the hurt, teasing and shame I felt as a little girl growing up. I began to participate in my ethnic community and found that I was very proud of my heritage. I shed the embarrassment I felt for my community and instead felt compassion to help. As Ceasar Chavez once said, “Once social change begins, it cannot be reversed. You cannot un-educate the person who has learned to read. You cannot humiliate the person who feels pride. You cannot oppress the people who are not afraid anymore.”

Something changed in me, and it cannot be reversed. For the first time I feel empowered. I am so proud of my growth here and I am so proud of my accomplishments. It does not escape me for one moment that I am so incredibly privileged: to grow up in a middle-class socioeconomic status, to have an incredibly supportive family and boyfriend, to have such a vibrant cultural background, to speak English, to travel the world, to attend college, and to look forward to graduating in just a few weeks.

But the funny thing about privilege and oppression is that it is so contradictory. I am incredibly blessed to have my life, and yet, it is so incredibly hard to be me. College did not give me respect, nor did it give me an equal standing in society. In fact, despite my education it often feels as if I have to work harder to earn the same status handed to my white peers. In particular, my time here at Winona State University has felt like some of my most oppressive and trying times. While my trials here have given me the opportunity to grow, I am the exception rather than the rule. But most of all I question, just as Martin Luther King once questioned, are we “too inextricably bound to the status quo to save our nation and the world?”

In my last four years here, I have watched as one-by-one each of my friends left this college, because they are not receiving support they need and because this campus does not foster a welcoming or safe environment to be a diverse student. What is this “upper Midwest culture” the institution boasts of? Is it the predominantly white culture found in the upper Mississippi River? Is it the “Minnesota nice” culture, which is more like piercing ice at times? I fear this is what my institution really stands for.

In my last four years here, I have blatantly been discriminated against and stereotyped. I have endured micro-aggressions and micro-insults, and become a token colored person because I cannot just shed my cultural heritage. I have realized that no matter how hard I work, no matter how active a student I am… some will never see pass the color of my skin. Some people will believe that my thoughts and actions are the thoughts and actions of a woman of color, and not the thoughts of a real person who deeply believes in justice and equity.

In my last four years here, I have walked into classrooms, uncomfortable being the only visible and identifying woman of color. I have listened to my Winona peers make a joke of race and racism. I have heard them defend white superiority. And most sadly, I have waited and seen no other white ally in my classrooms stand-up and defend social justice. As Martin Luther King wrote in his letter, “I had hoped that the white moderate would see this need. Perhaps I was too optimistic; perhaps I expected too much. I suppose I should have realized that few members of the oppressor race can understand the deep groans and passionate yearnings of the oppressed race, and still fewer have the vision to see that injustice must be rooted out by strong, persistent and determined action.”

This is not to say there are no kind people here. However, I will only give credit where credit is due. Nice people believe you can be passive about justice, but kind people actively practice generosity and justice. I commend the kind allies found in the KEAP Center Council for giving me a safe place to feel empowered and figure out who I am. And the kind people in the Inclusion and Diversity Office for giving me strength and making me laugh on days when my tears still haven’t dried yet. I commend Professor Killion, Professor Daniel, and Professor Chernega, for discussing, defending and encouraging racial and LGBT identities in my classes with them and offering their kindness to me, long after class is over.

I sit here, writing from the Winona State University campus with a great sense of despair in my heart. I am worried that I cannot leave this institution with pride, but only remember it as one of the most painful experiences in my life. I am scared that as I continue my education I will continue to face the same oppression and discrimination. I fear for the other students who will continue to come here and leave with anger, disappointment, misunderstanding and sadness.

There is a tiny reason to hope though. I have seen that this is not the way it has to be. Justice is not a radical idea, and diversity is not a new one. It is possible to achieve both justice and diversity because, “We are caught in an inescapable network of mutuality, tied in a single garment of destiny,” as Martin Luther King once described. It takes a lot of people caring about a lot of different things for the world to continue its existence. It takes a “community of learners” to make change.

This letter is much longer than I intended, and yet I feel there is still much left to say. Though I stop writing here and I know I will have to leave soon, I will never stop caring about this institution and the people here. I call upon the WSU administration to lead our universities in responding and addressing student concerns about diversity, inclusiveness and student success in a timely manner. I ask for student empathy and I ask that my classmates reach out to each other so we may all overcome adversity together. I ask the stranger reading this letter to support WSU students as we build a better society.

I hope I have found the words to say what is truly important and I hope my frankness does not offend anyone, but rather give a better understanding of my experiences. I hope we will commend those who continue to take action in support of social justice. I hope we will all stand in solidarity, and as for myself, I hope I will be the first to join hands in this movement.