The Legislature just approved $33 million in funding for housing and homelessness-prevention programs and the state has a new director to prevent and end homelessness.

So, is the end of homelessness in Minnesota within reach?

“I certainly look at this legislative session as a victory for housing and homelessness. Is it everything we need? No. But it’s certainly an indication that the governor, legislators and the governor’s commissioners recognize the importance of housing stability,’’ said Cathy ten Broeke, who in February took the job of establishing a state Interagency Council on Homelessness made up of representatives from state departments like housing, human services, education and transportation.

Further, she said Tuesday after the conclusion of this year’s legislative session that she’s impressed with how advocates for more affordable housing and services for the homeless banded together to make their case to elected officials. Ending homelessness needs to be a common goal, she said.

The latest official but preliminary homeless count in October tallied by Wilder Research showed 10,214 Minnesotans as homeless, though the increases have slowed as the economy turns brighter. Some targeted groups of the homelessness in Minnesota have decreased dramatically in recent years, including the chronic homeless in Hennepin County and homeless military veterans.

“I think we could be the first state to end homelessness among veterans,’’ ten Broeke said.

Housing our citizens is more than a humanitarian act. When people have stable housing, the results are far-reaching, affecting not only education disparities and outcomes, but reducing recidivism and health care costs and improving the work force, ten Broeke said.

For instance, children living in stable conditions do better in school. That means a stronger future workforce and a more prosperous state economy.

Modeled after a similar federal government group, the state group is made up of 11 state commissioners as well as a senior leadership team of their deputies and assistants and an implementation team. The idea is to get all hands on deck to build on successful current efforts and develop new initiatives to rapidly and permanently house the homeless around the state, as well as to create action plans, ten Broeke said. 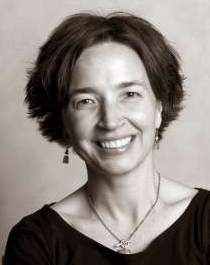 A simple illustration of the need for such a group is this:

In her travels around Minnesota –including visits to four Indian reservations – ten Broeke saw the “perilous condition” of affordable housing in rural areas and a lack of public transportation.

And it struck her: If people don’t have transportation, how can they get to work? That showed her the necessity of inviting members of the state’s Department of Transportation to the interagency table as well, she said.

Kenza Hadj-Moussa, spokesperson for the Minnesota Coalition For the Homeless and for the Homes For All Campaign, praises both the position and ten Broeke.

“Homelessness touches a lot of different areas: veteran affairs, education, public health, health care, human services, transportation, housing. So we have all of these departments that can easily work in silos. We know that public funds are used best where there is someone who can integrate the different areas,” Hadj-Moussa said.

“If anyone can pull a table of people together it’s Cathy ten Broeke and get them moving in a positive way toward solution. She has the vision and the enthusiasm to get buy-in,’’ Hadj-Moussa said.

Eradicating homelessness is a bipartisan and community-wide issue, ten Broeke contends, explaining that the resurrected state-level position was created under former Gov. Tim Pawlenty, a Republican, to implement the Business Plan to End Long-Term Homelessness that created 4,000 affordable housing units, though the job sat empty for more than two years.

An uncommonly upbeat person, ten Broeke has spent the last seven years serving as coordinator to end homelessness for Hennepin County and the City of Minneapolis, where she and her colleagues racked up an impressive record.

Under her leadership, a number of programs and initiatives in Hennepin County were set up to aid the homeless, including efforts to rapidly re-house families and to reduce the numbers of chronically homeless persons.

Ten Broeke also just ended a three-month stint in Washington D.C., where she worked as a special adviser to the executive director of the United States Interagency council on Homelessness.