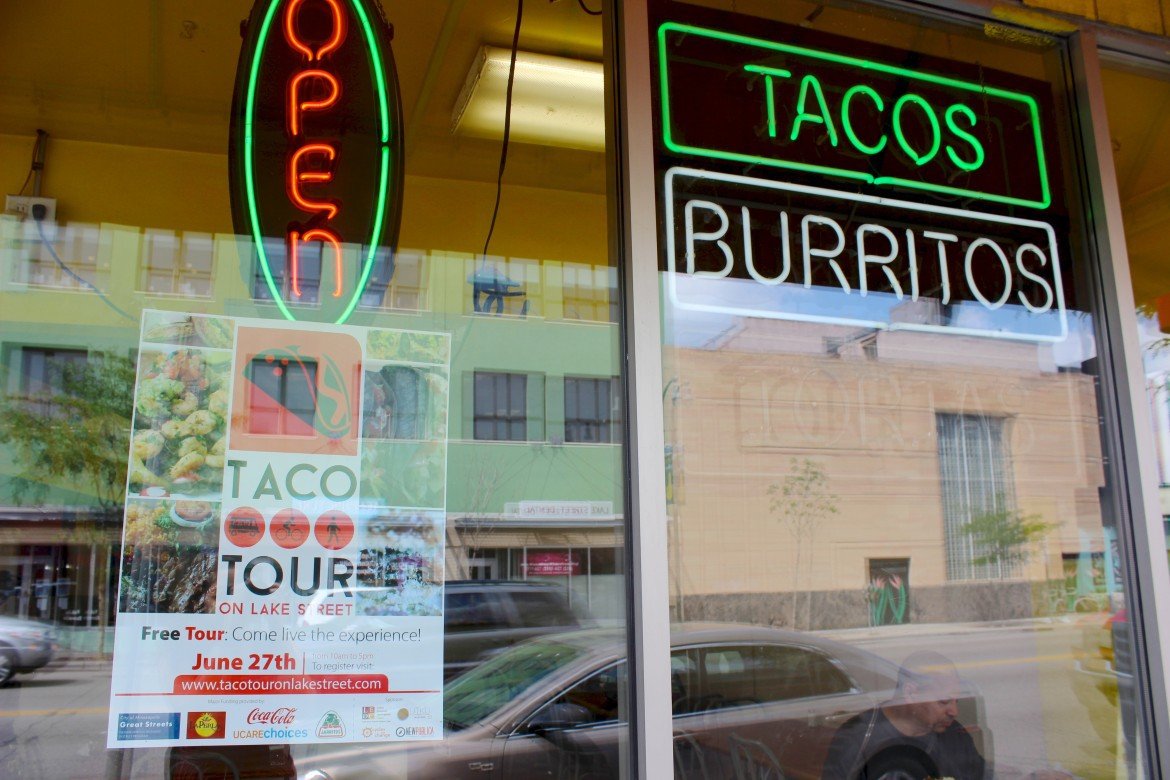 The second annual Taco Tour on Lake Street brought at least 2,500-3,000 taco lovers to nine latino restaurants along one of the most diverse streets in the Twin Cities on Saturday, June 27. The tacos along the tour were also diverse, from traditional carne asada and al pastor tacos, to vegetarian and blue tortilla tacos.

According to the Taco Tour website, the goal of the tour was to allow participants to be tourists in their own city. However, the restaurants and taco trucks along the tour are open and patronized year-round by customers who appreciate their authentic food, low prices, and latino culture. The photos below show restaurants both before and during the Taco Tour. 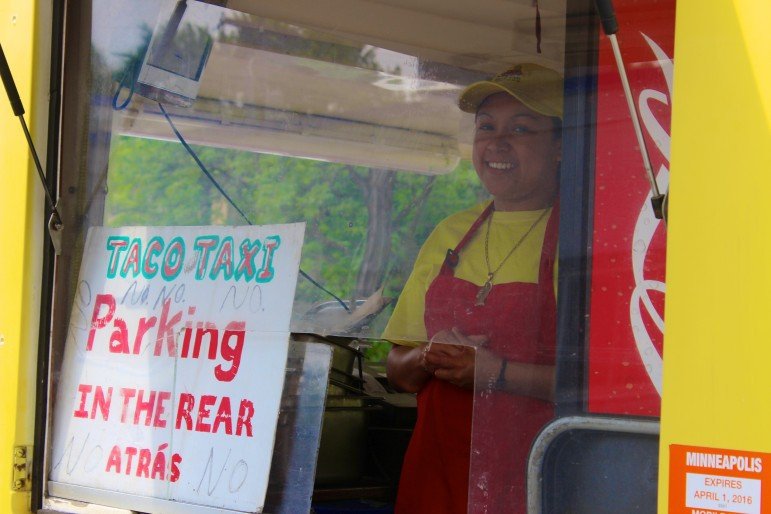 A worker inside a Taco Taxi taco truck the day before the Taco Tour. 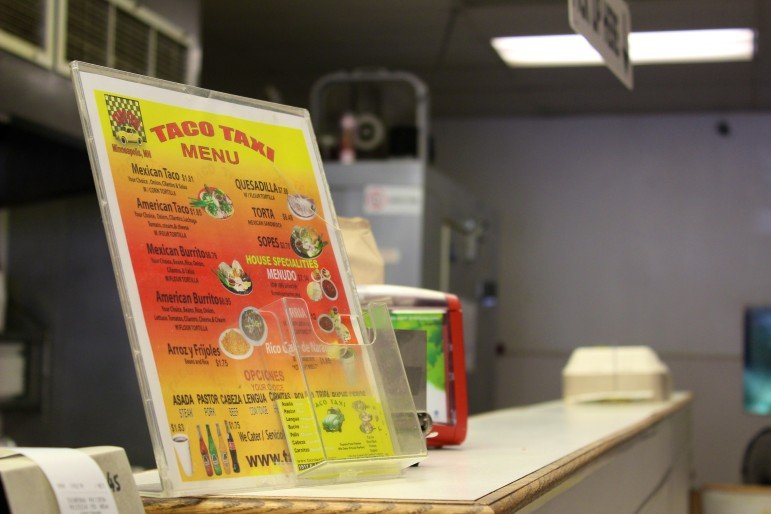 The menu at Taco Taxi features both Mexican and U.S.-inspired Mexican food. 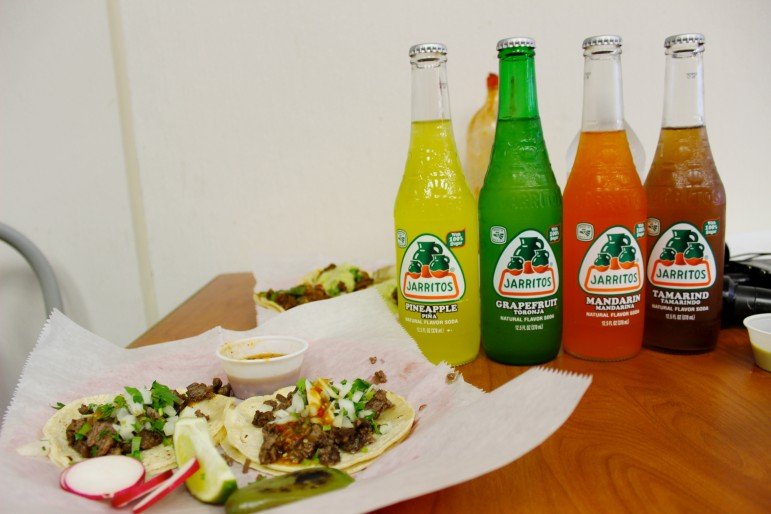 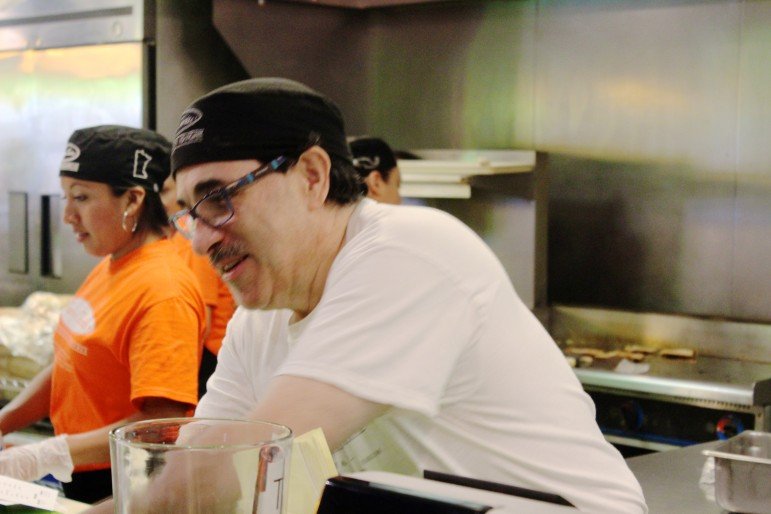 Manuel Gonzales of Manny’s Tortas serves up an order in Midtown Global Market the Friday before the Taco Tour. 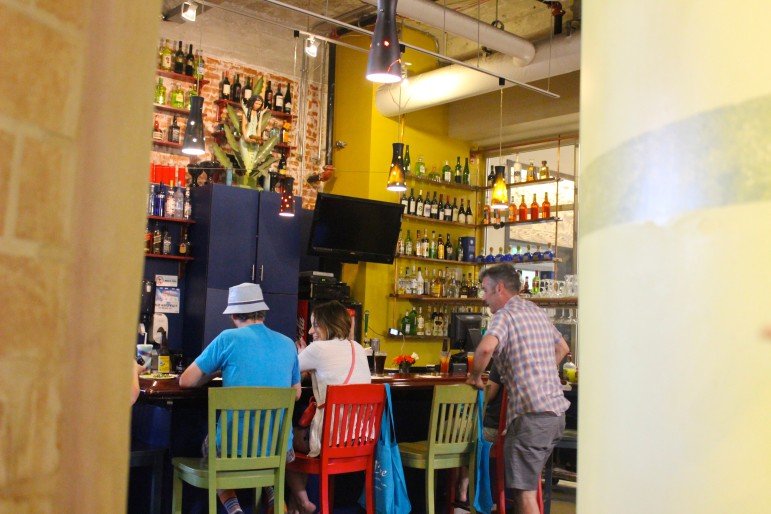 Salsa a la Salsa was one of nine stops, and one of three in Midtown Global Market, on the Taco Tour. Participants with freebees from the tour filled up the restaurant Saturday.

Taco Tour participants lined up outside Salsa a la Salsa for a buffet of tacos. 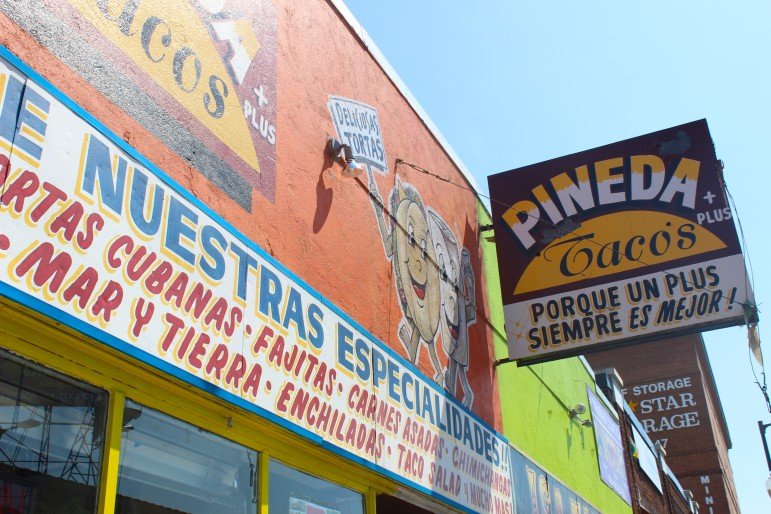 Pineada Tacos Plus was one of nine restaurants featured on the Taco Tour. 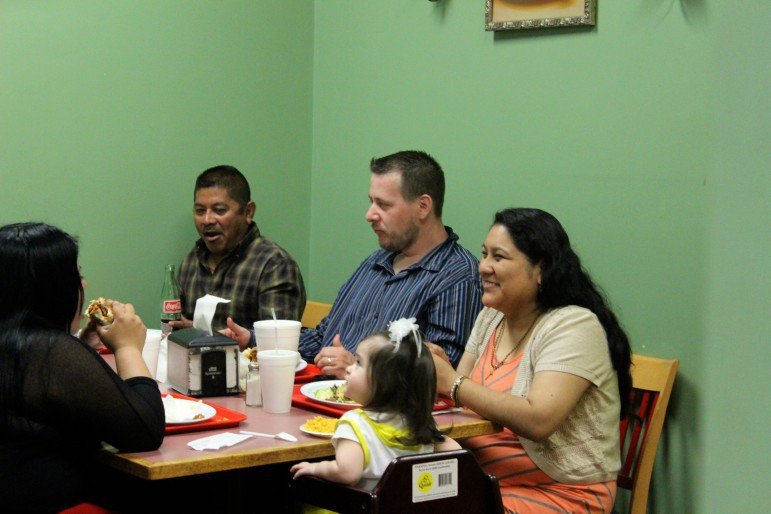 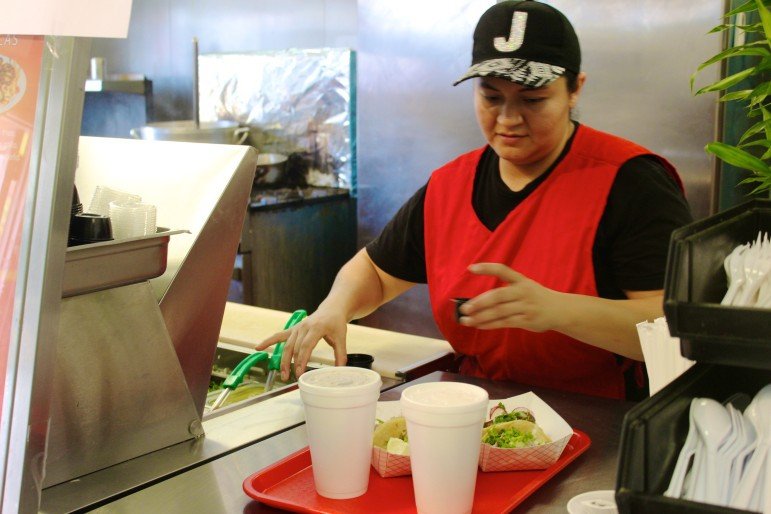 Patricia Lopez serves an order of tacos in Pineda Tacos Plus. 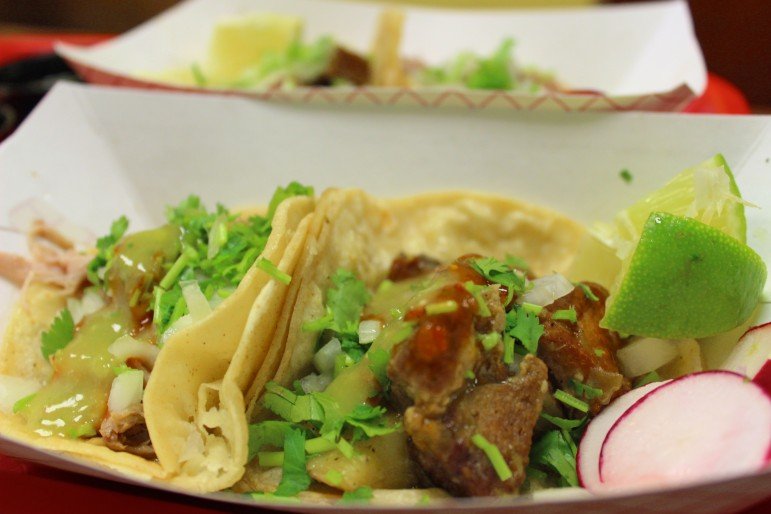