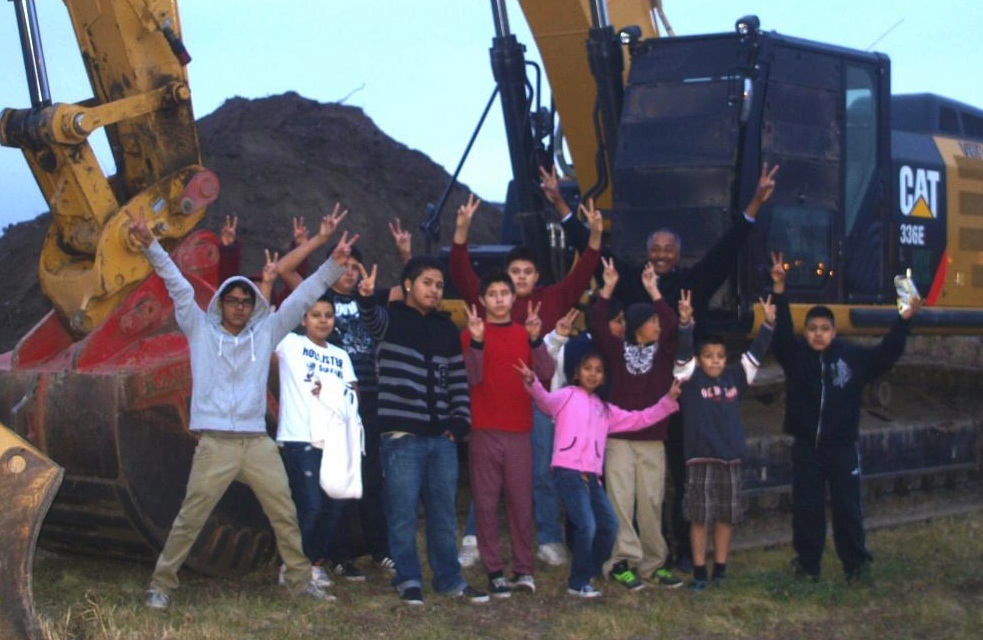 Residents of North Minneapolis’ City View apartments cheered Monday morning as they watched a steam shovel, a bulldozer and other construction equipment ripping into La Montaña.

La Montaña is a 30 foot high pile of construction rubble that is nearly as tall as the three story tall City View apartments next door. The debris was left over and abandoned years ago when the Heritage Park housing was built. Much of the site is filled with weeds, crumbled concrete blocks, and abandoned tires. Neighbors also complain that hidden in the bushes is a hangout where men party, and leave behind broken booze bottles, bedding, toilet paper, and used hypodermic needles. 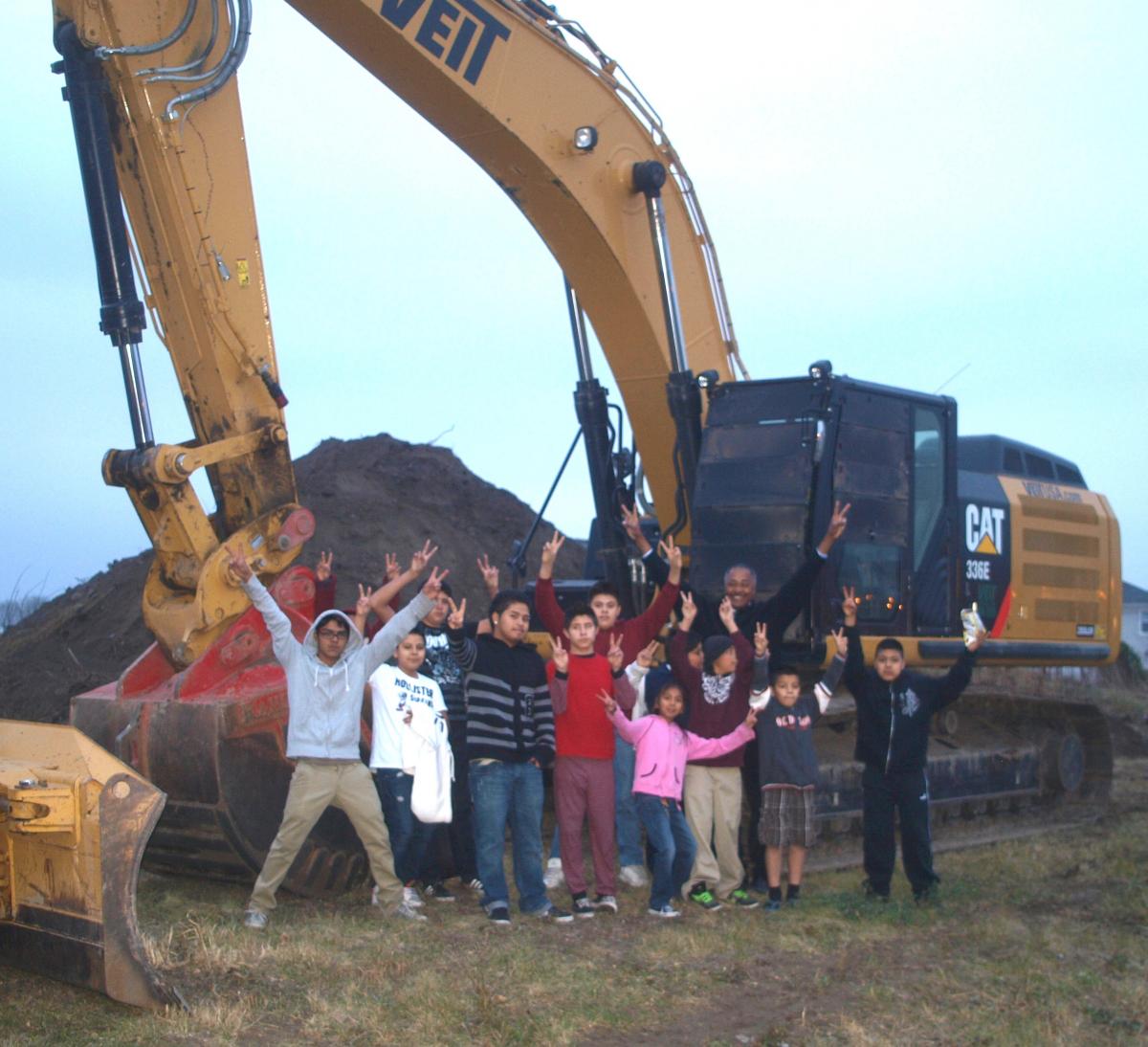 Construction workers say that La Montaña will be gone by the end of the week.

Residents of City View apartments have been working for several months with Councilmember Don Samuels to get La Montaña taken down. 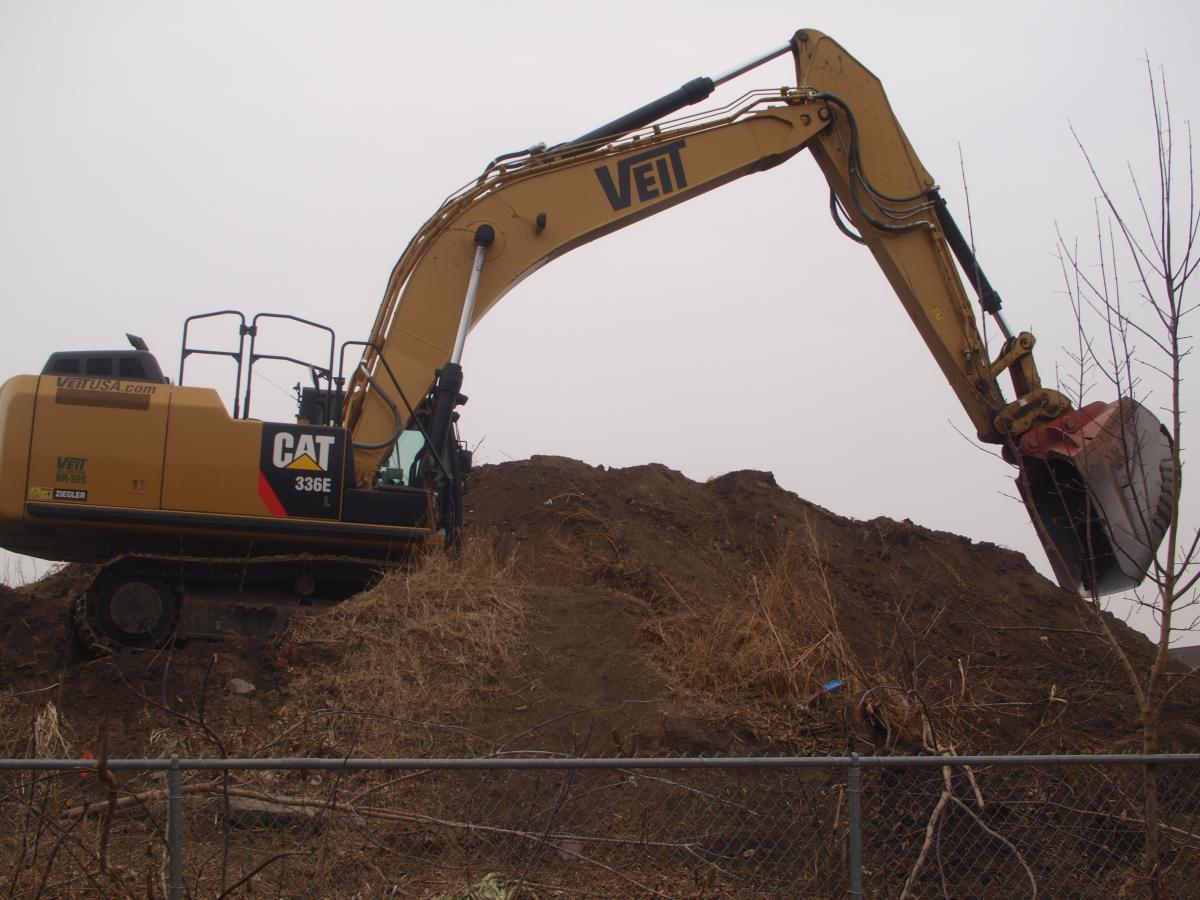 The City View soccer players  have been leaders in the drive to raze La Montaña, meeting with councilmember Samuels, giving him tours of  the site, documenting problems, and keeping the councilmember up to date on developments. 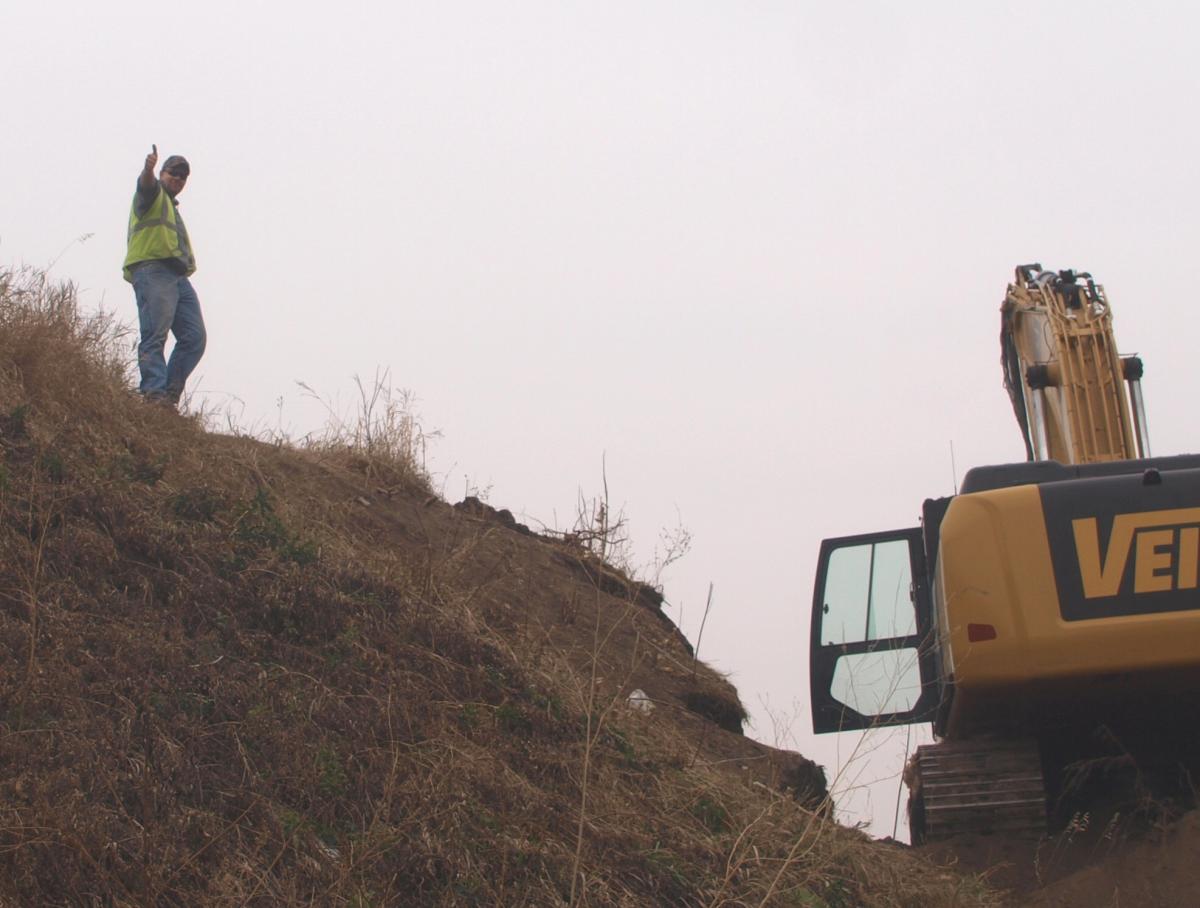 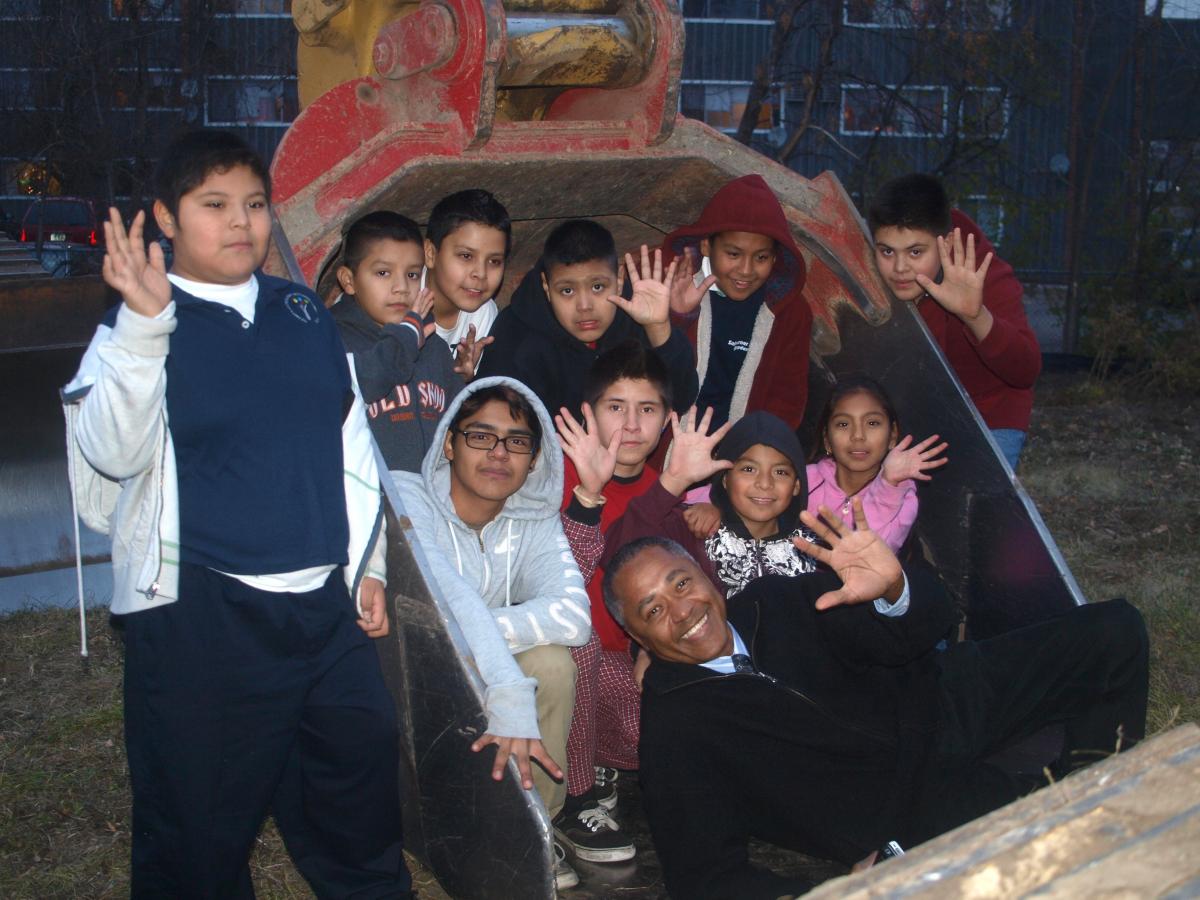 Residents look forward to using the flat field to practice soccer and for family recreation. They plan to have a celebration this Thursday.

The City View soccer team has had victories both on and off the field: this fall they played for Bethune Park in the Minneapolis Parks League, and two weeks ago they won the citywide soccer tournament. 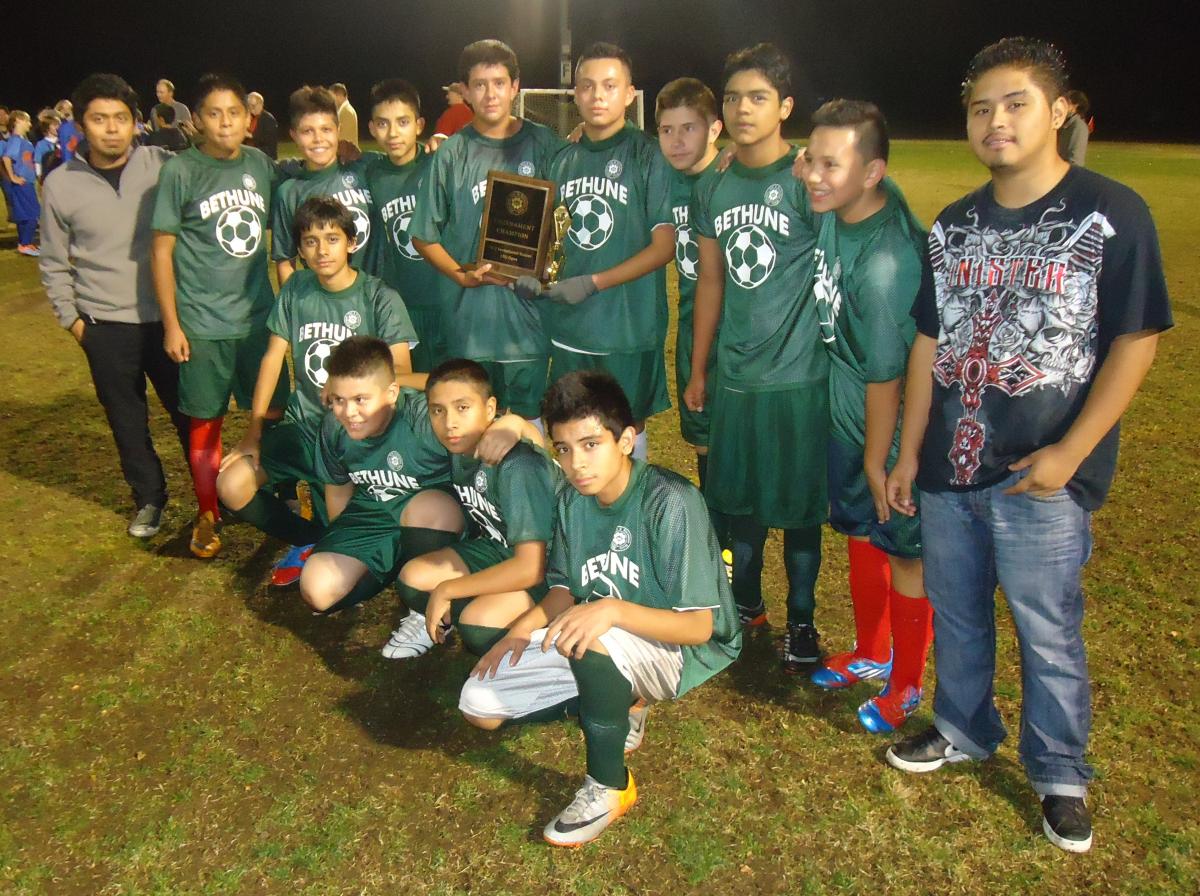 Bethune 15u soccer team wins city tournament.  The players and coaches  live at City View, and have worked with councilmember Samuels to get La Montaña knocked down