Almost ever since I’ve been in Minnesota, I’ve attended the Juneteenth festival each year. Most of the time, I was working as a mortgage originator for US Bank and was there trying to get new loan referrals. Ironically, since working in and moving to NoMi, I’ve attended as a regular community member and not as part of my job. (The Harrison Neighborhood Association had a booth this weekend, but they were the only neighborhood group I saw with an official presence.)

So when I set out to do some biking on Saturday, I knew I had to swing by North Mississippi Regional Park and check things out. The band shown below was terrific. They even did a respectable version of “Oye Como Va.” Bad covers of Cuban musicians are a pet peeve of mine, so this is no small compliment.

On top of the lively music, I also saw…

Okay, so I wasn’t quite that excited, but there are few things more wonderful than the look of unadulterated joy on the faces of kids when they get to see fire trucks up close. I just sat and watched the MFD soak up the love for a while. 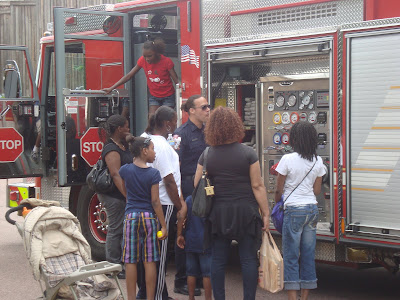 Now, what would a major community fair like this be without politics? Plenty of candidates and parties had booths, and this next photo was taken specifically with John and his Green Party affiliations in mind. 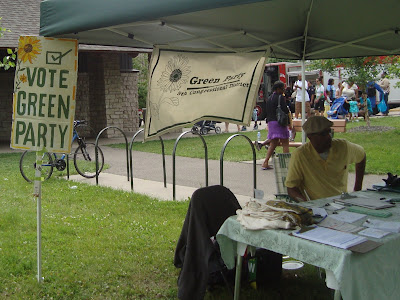 The DFL, as expected, had the largest presence at the festival, but pictured below are two Republican activists having a friendly discussion with State Rep. Bobby Joe Champion. 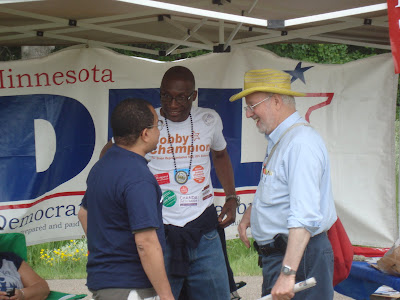 Gubernatorial candidate Matt Entenza had a booth, and I also ran across Rep. Joe Mullery just before shooting the video that appears at the beginning of the post.

I became rather nostalgic upon seeing the free canoe rides offered by Wilderness Inquiry. As a camp counselor I have many fond memories involving canoes, super soakers, and quite literally an endless supply of ammunition to drench rival canoeists. How we ever reached our destinations, I have no idea. The pressure from the super soakers must have pushed us along, because I don’t remember paddling much at all. Maybe someday these kids will have the same experience. 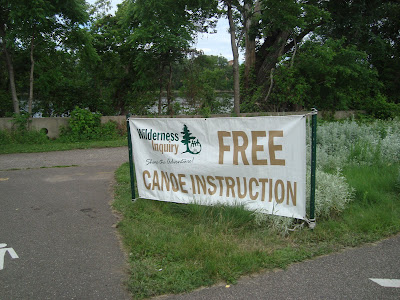 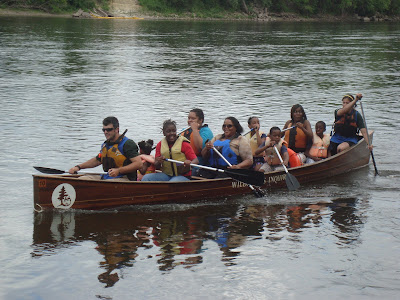 And the FOOD! My goodness, the FOOD! Every year it’s downright amazing. This year, I biked instead of drove, and I immediately regretted the decision. I knew I had to limit what I ate so I could bike home. Two days later, I’m still tasting those ribs. 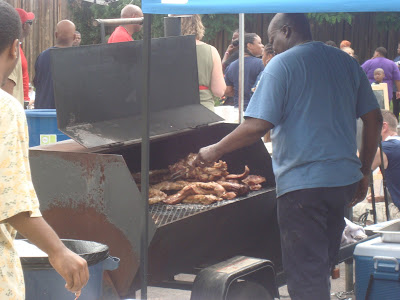 And on the ride home, I found this little gem just off of Lyndale Ave N and Webber Parkway. This is probably old news to many readers, but I had never been on this path before, and only now saw the gorgeous waterfall here in our own neighborhood. 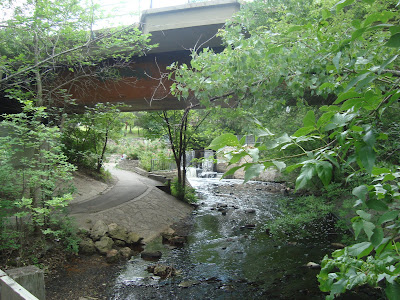 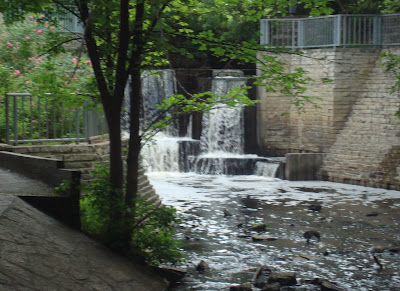