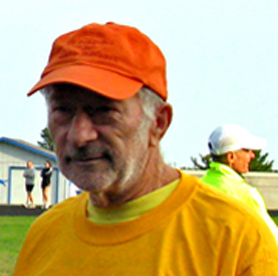 The Journal of American Rocket Science is written by one Robert Roscoe. An award-winning residential and historic preservationist, Bob works often with his architect-partner to produce award wining projects that make his clients, city inspectors and the cities of Minneapolis and St. Paul happy.

Where do his ideas come from? It’s hard to say, although his satire comes from an infinite array of sources. The common thread is a sane version of a particular reality that departs from insane circumstances… like the time many years ago, when the prelates in the Vatican were in the process of selecting a new pope. This was when the long tradition of popes came solely from Italian origins and he mused “Why not pick a Polish Pope?”

Strangely enough, he approaches his other main project, photography, in a similar way. His photographs depict disintegrating urban environments all over the world. His work depicts intriguing compositions that bring an abstract aesthetic out of the disheveled reality.

To see his work, visit his other web sites: