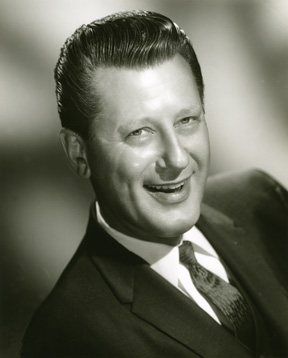 RT Rybak wins an unprecedented Academy award for his showmanship as Minneapolis mayor – quits mayor job to be Oscars master of ceremonies. Of course, he body surfs into the crowd at the end of the show.

Amazon buys all rights to the next political presidential conventions.

Estate of Mel Jass, (pictured here), former TV pitch man in the 1950s, will sell his ashes on an afternoon TV show.

Mark Trail gets a sex change.

Mitt Romney will make an attempt to bring back the Twinkie.

Instead of the traditional Minnesota governor’s fishing opener, Mark Dayton goes up to Lake Vermilion to put in the first dock of the season.

Minnesota will adopt the pothole as the state land feature.

Ultra-conservative scientist claims to disprove global warming, saying this can’t happen to an earth that is flat.

Developer purchases entire city of Eden Prairie to convert it into a replica of the Gull Lake area.

Embarrass Township votes to change its name to Salubrious Meadows.

The current zombie craze will be replaced by PBPs, power ball prognosticators who will sell you a program to pick the winning power ball tickets. The PBPs happen to live in Nigeria.