The conversation about same-sex marriage is continuing as Minnesotans go to the polls in three weeks to vote on an amendment to the state constitution that, if passed, would define marriage solely between two people of the opposite sex. Despite the fact that marriage between same-sex couples is already against the law in Minnesota, this has become a lightning-rod social issue across the state, with amendment proponents and opponents flooding the media with advertisements.

Organizations working to defeat the marriage amendment, including Minnesotans United for All Families, Project 515, OutFront Minnesota, and Jewish Community Action have centered their efforts on a primary strategy: civil, thoughtful conversations. The idea is very simple: people who oppose marriage between two people of the same sex often change their minds on the issue when they have a real conversation with someone who favors the option of marriage for same-sex couples. 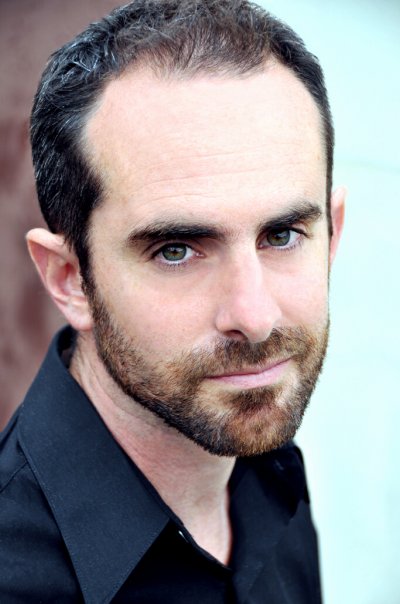 Jewish writer, scholar and LGBT activist Jay Michaelson is coming to the Twin Cities on Saturday, October 20th to teach about how Jewish and Christian religious texts and values actually support the creation of loving, committed marriages between two people of the same sex, and how amendment opponents can bring a religious perspective to conversations. Michaelson is the author of God vs. Gay? The Religious Case for Equality, in which he makes the case that religious people should support equality for gay people because of their religion, not despite it. My review of this book can be found here.

I had the opportunity to interview Jay Michaelson about his upcoming visit to the Twin Cities. Here’s an excerpt:

Chris Bargeron: What have you learned about authentic dialogue and how can this be applied to the debate about freedom to marry for same-sex couples?

Jay Michaelson: Especially in our day and age, we’re used to talking in our own echo chambers, and not reaching across the figurative aisle (or dinner table) to those with whom we disagree. As a result, in the case of same-sex marriage, we often end up having the same tired arguments in which everyone talks past one another: religion on one side, civil rights on the other; traditional marriage versus gay rights. This is really unhelpful.

For example, when Dan Savage tells people to “ignore the bulls–t in the Bible,” that hurts the movement for equality. It sounds good to liberals and atheists, but it confirms the worst fears of a traditional religious person who does not believe the Bible is, or contains, bulls–t. It’s also not helpful to just shout “separation of church and state!” because that, too, isn’t necessarily a shared value. Many people think the church should inform how the state acts. If we don’t get out of our personal ideological boxes, we won’t make much progress.

And we need to highlight that this is actually an intra-religious crisis. For example, you can’t believe in a loving God who loves human beings, and then tell 5-10% of those human beings to be lonely their whole lives. That’s against Genesis 2:18 (“It is not good for the human being to be alone”) and our basic sense of fairness. If we can get folks to the place where they see that internal crisis, then they will do the rest of the work on their own. I’ve seen this happen, time and time again.

CB: What are your impressions of how this issue is playing out in Minnesota?

JM: I actually am cautiously optimistic. As you know, Minnesota is the closest battle of the four states with marriage on the ballot. I think the pro same-sex marriage coalitions on the ground have done a fantastic job of presenting this issue truthfully, in a way that resonates with folks’ deep-seated values of “live and let live” and basic fairness. From the outside, Minnesota often appears very polarized: Al Franken on one side, Michele Bachmann on the other. In between those poles, though, are a whole lot of sensible moderates. I feel like cool heads will ultimately prevail.

I’m really grateful for the opportunity to share some of the experience that I and others have gained nationally. We don’t need to reinvent the wheel. We’ve done it before. We know what works. And we know that at this point, it comes down to individual people talking to their friends, neighbors, co-workers, and family members. This is a “retail” issue, not a wholesale one. If there’s anything I can do to help the people who have been working on the ground here for months and years now, that makes all the work I do worthwhile.

Jay Michaelson will speak at a private home in Woodbury on Saturday, October 20th from 7pm to 9pm. This event is a fundraiser for Minnesotans United for All Families and Jewish Community Action, and is open to the public. To RSVP and receive event details, including the location, e-mail Amy Lange at amy@mnunited.org.