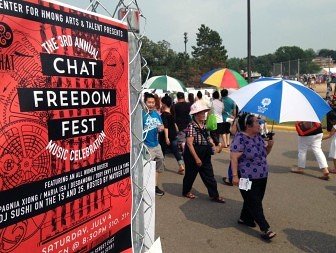 If you live in Saint Paul, you probably know about J4, the annual gathering and freedom celebration that takes place each July 4th weekend in Como Park.

Despite living near Como Park for over 7 years, I’d never been before to the tournament festival. I went down there on Saturday to check it out, and took a few pictures.

“On Saint Patrick’s Day you see Irish people celebrating; it’s the same with Hmong people at the festival, ” Terri Thao told me when I asked her about J4. Thao, the Program Director for Nexus Community Partners, grew up in Saint Paul, and would go to the festival every year.

“I went [to J4] all the time growing up. It was one of those occasions where a lot of Hmong people are all gathered in one place. We used to go because my cousins played volleyball and we’d support them every year,” Thao explained. “It really became the thing to do if you live in Saint Paul.” 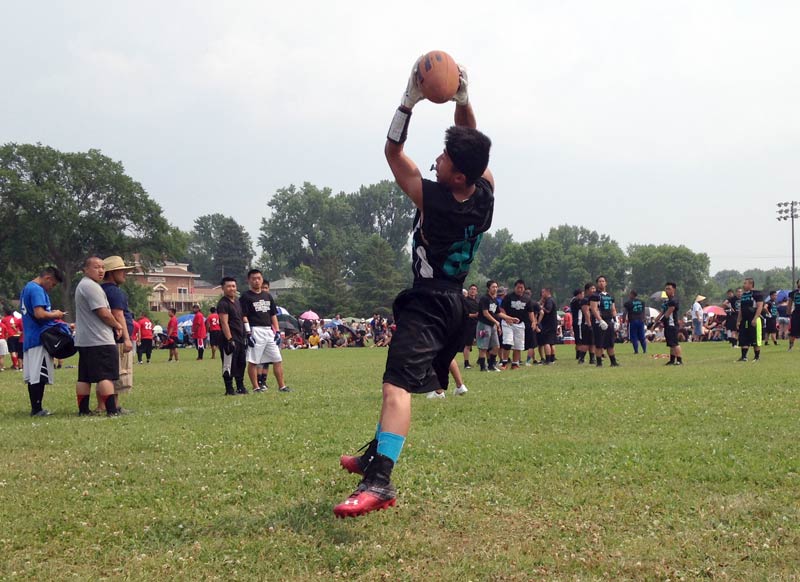 And sports were the main event this weekend, a big tournament of teams put together to compete: women’s and men’s flag football, volleyball, soccer on a big field, and probably other sports that I couldn’t find. As the athletes played, people from all generations gathered on the sidelines, many underneath umbrellas in the hot July sun, to watch and support the teams.

“Nowadays the people who come are often from out of town,” Thao told me. “There are a lot of people who live in areas where it’s not as dense of a Hmong population, [so] it’s grown throughout the years. There didn’t used to be a fence, and now you see a lot more people from multiple generations.”

On the hills and berms surrounding the athletic fields you find tents selling food and other merchandise, everything from clothing to vegetables to children’s toys. And scattered in the midst were tents representing Hmong-American organizations like military veterans groups or Hmong radio.

According to the Hmong Times (one of our media partners) the event has been going on for 35 years, and was founded to mark the “anniversary of Hmong immigration into the united states. After the horrendous experience of the Vietnam War, the US [became] a new home for the Hmong and granted them freedom,” the write in a front page column.

With all the people gathered in one place, it reminded me of the State Fair, only replace cheese curds with papaya salad and throw in the biggest sports tournament you’ve ever seen.

J4 is a great thing to check out. What better way to celebrate the 4th of July? 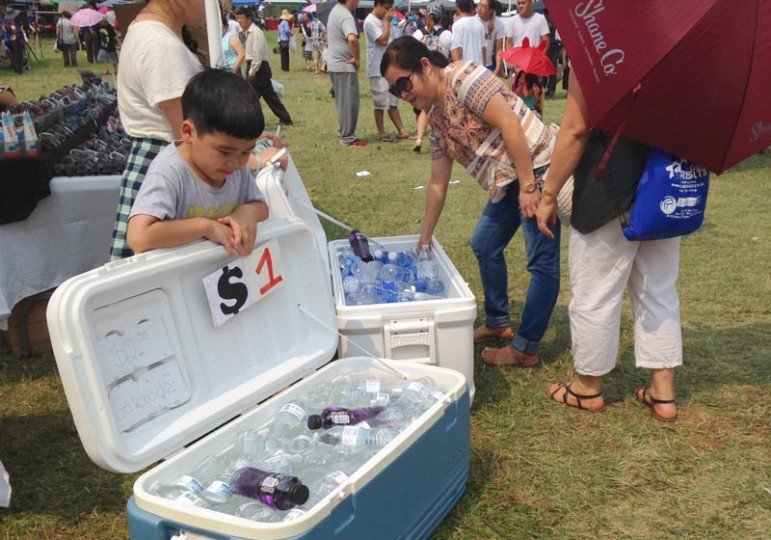 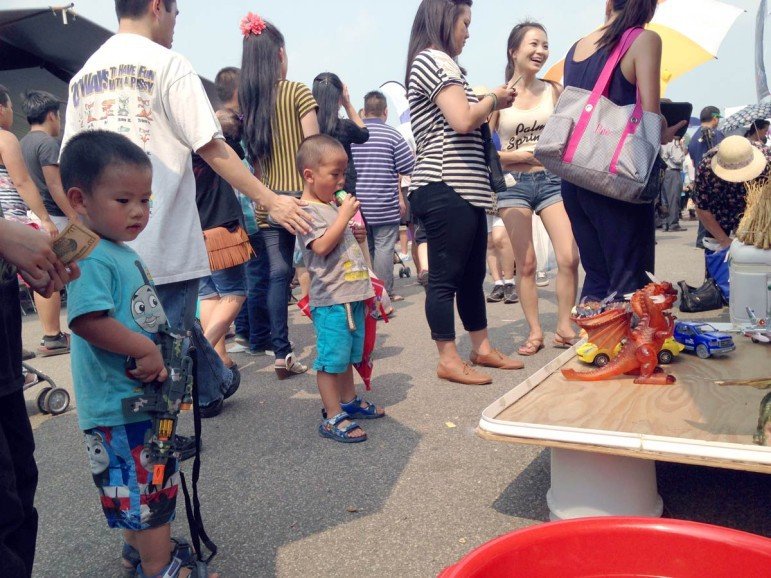 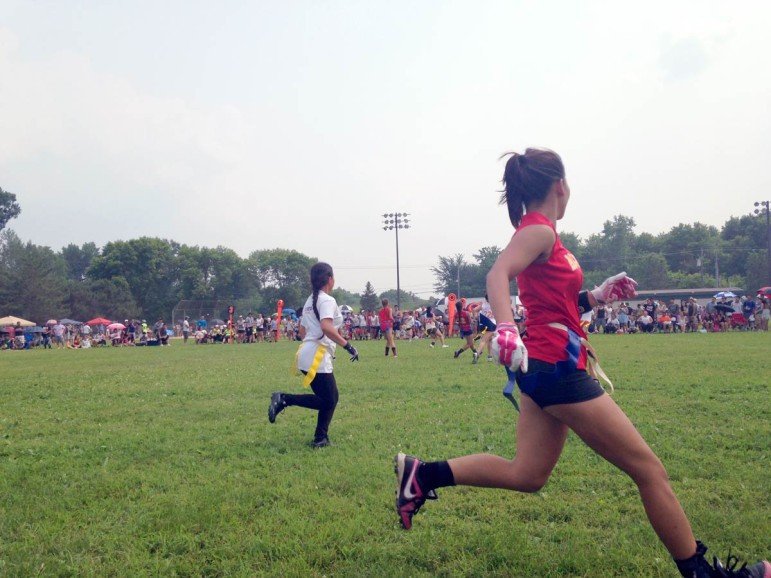 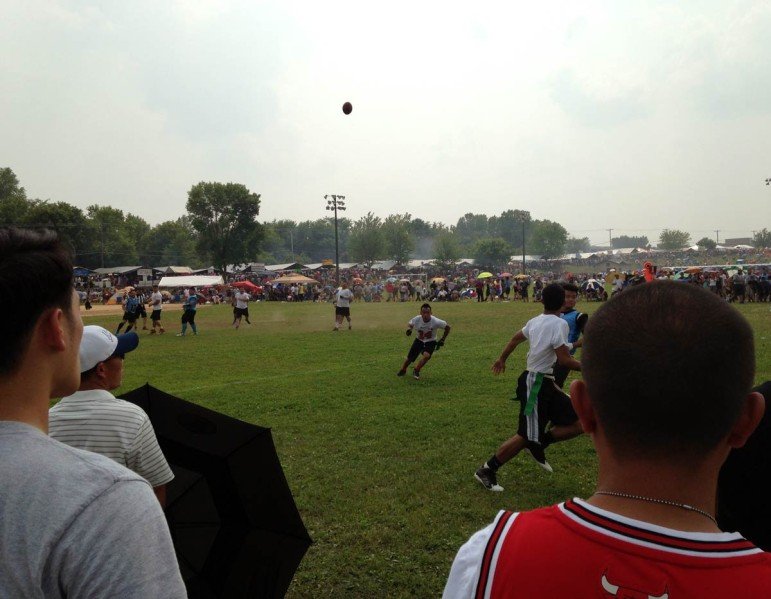 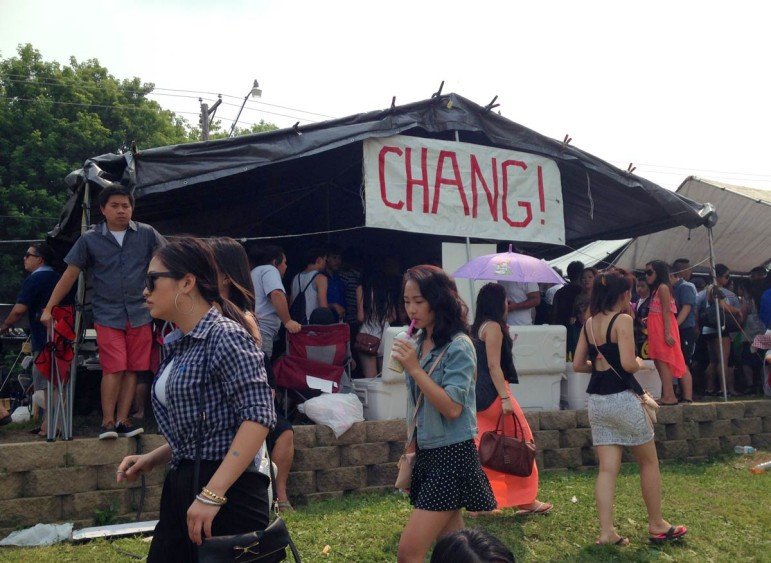 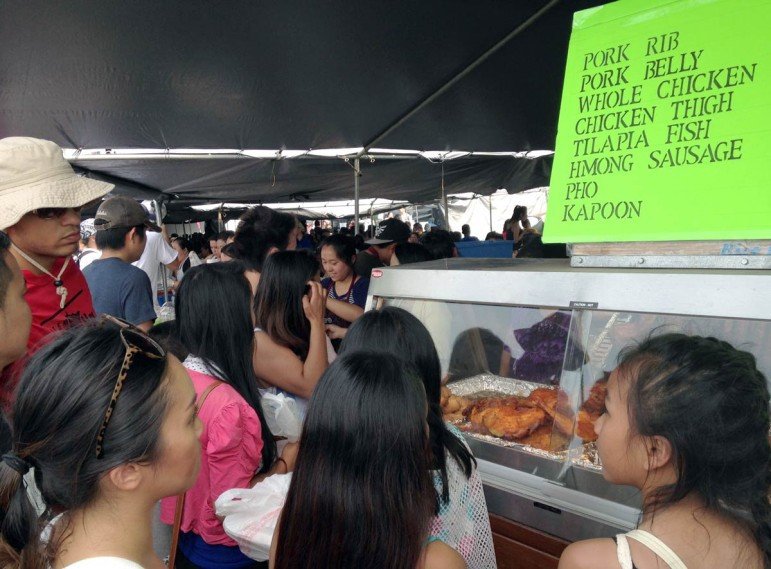 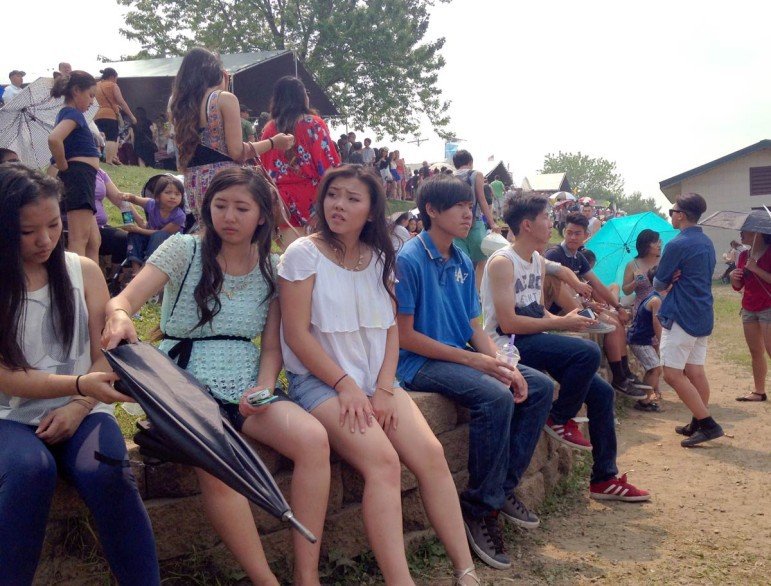