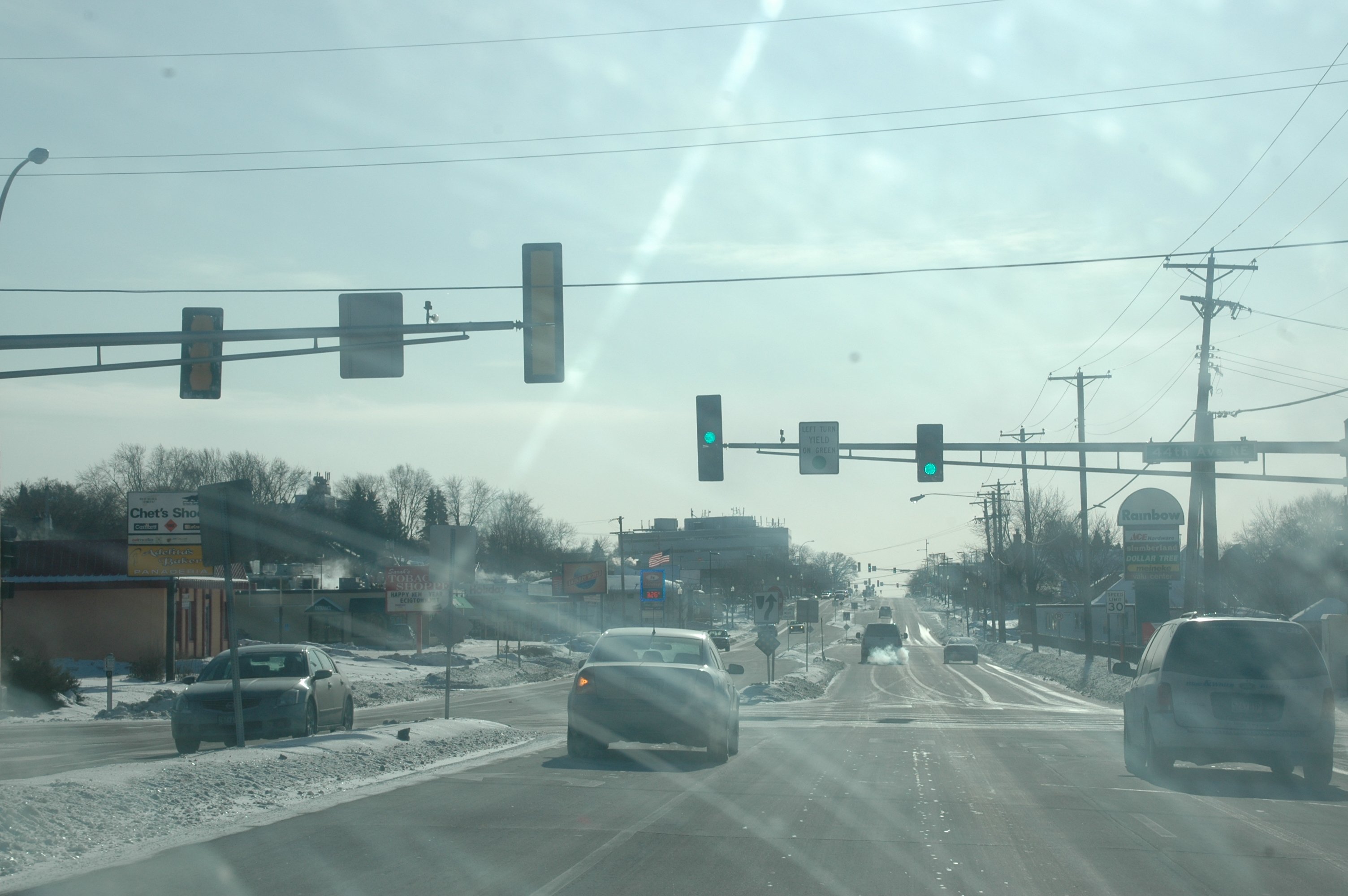 Thanks to media hypes and public speculations, I didn’t feel the cold but the panic. I guess, it’s not just me, but most of the Minnesotans who felt the panic and kept themselves locked inside their houses.

It was six in the morning when I got up from my bed and went out for a fresh air-breath to witness the “historical cold temperature”. I stayed outside for five minutes–without shoes or socks. Yesterday night, the news said that one might get frozen if one stay outside for three minutes, but this morning, I didn’t get frozen even after five minutes. Not even a frostbite! I went back to my room and switched on the television. The news was still hyping the so called historical cold climate. It said the temperature could go beyond -23 F in the noon but in the afternoon, the temperature went down to -13 degree. I took my camera and drove in and around my locality. The road was relatively empty and quite. It was a very sunny day to be honest and I felt the sun was bit warmer than yesterday or day before yesterday.

If local news papers are to be trusted, I think not a single Minnesotan got drastically affected by the temperature but every one in the state got carried away by the media hypes. Following Governor Mark Dayton’s order to close all public K-12 schools in the state, even some of the colleges and universities also cancelled classes.

Yesterday afternoon, a lot of grocery shops including Cub Food were jammed with people as if the groceries were going to be closed forever. Probably Minnesotans were preparing for ‘today’ which is speculated and hyped to be the coldest day in most of our lives. Many companies and many more hospitals were dramatically affected by the climate-hype as tens of hundreds of workers started sending leaves or sick-leaves on Monday. Several hospitals were seeking volunteers since the announcement that Monday was going to be extremely cold.

If our governor easily gets carried away by the hyped news, we are of course sure to be, but we must take “this as a lesson” not to fall for the hypes though our weather forecast centres are doing an applaudable job.