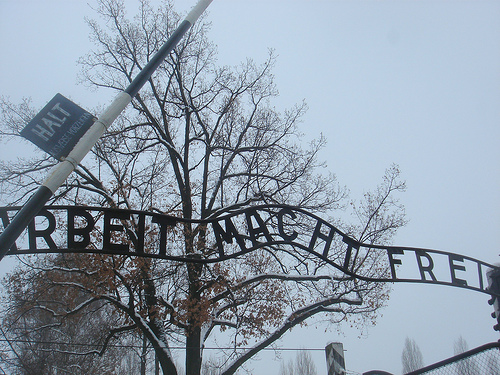 Today, January 27, the anniversary of the liberation of the Auschwitz concentration camp, has been declared International Holocaust Remembrance Day by the United Nations.  In their own ways, members of the Jewish communities of Minnesota, North Dakota, and South Dakota will join the international community on January 27 in honoring the more than six million Jews who were murdered in the Holocaust and we will pay tribute to those Holocaust survivors who paid the ultimate price for resistance and those who continue to remind others to “Never Forget.”

For more than 50 years, the Jewish Community Relations Council of Minnesota and the Dakotas (JCRC) has served as the community’s source for Holocaust education, providing Jews and non-Jews, schools, religious institutions, civic organizations, and businesses information about the Shoah (Holocaust) and inspiring programming that honor survivors and their descendants.

This coming spring, Tolerance Minnesota, a program of the JCRC, will present Discrimination by Design to the community.  This program will feature a Midwest tour of the exhibit: Nazi Persecution of Homosexuals 1933-1945 from the United States Holocaust Memorial Museum. Programming around this exhibit will include lectures, films, panel discussions, workshops and docent tours to educate the public of the danger of laws being used to marginalize and discriminate.  For example, the JCRC is particularly pleased to sponsor a lecture by Professor Dale Carpenter, a noted conservative legal scholar from the University of Minnesota Law School.  Professor Carpenter will be speaking about his forthcoming book on the landmark Lawrence v. Texas Supreme Court decision, which essentially decriminalized homosexuality in the United States and how hateful rhetoric can tragically lead to legalized discrimination.

The JCRC aims to broaden the public’s understanding of the Holocaust by educating people of all backgrounds about the little known history of the marginalization, imprisonment and murder of thousands of homosexuals by the Nazis in the years leading up to and during World War II.

Though there can be no responsible direct comparison between the atrocities of the genocidal Nazi regime and the current debate over marriage equality for gays and lesbians, the JCRC is not oblivious to the fact that this debate over marriage will be sure to engage Minnesotans over the next eleven months and during the run of the exhibit. Moreover, as an organization whose board of directors just recently voted unanimously to oppose the Minnesota Marriage Amendment “on the grounds that marriage is a fundamental human right and that the Minnesota Constitution should not be used as a vehicle for restricting rights and civil liberties,” the JCRC hopes that by bringing this exhibit to Minnesota at this critical time, Minnesotans from all backgrounds will be reminded of the danger for all of us when we use law to marginalize insular minorities in general, and our GLBTQ friends, family, and neighbors in particular.

Click here for more information regarding the exhibit opening in April 2012.

For more details about Discrimination by Design, please contact me at laura@minndakjcrc.org.

Laura Zelle is the Director of Tolerance Minnesota, an award-winning program of the JCRC which promotes cultural, racial and lifestyle understanding through innovative diversity education and professional development training.