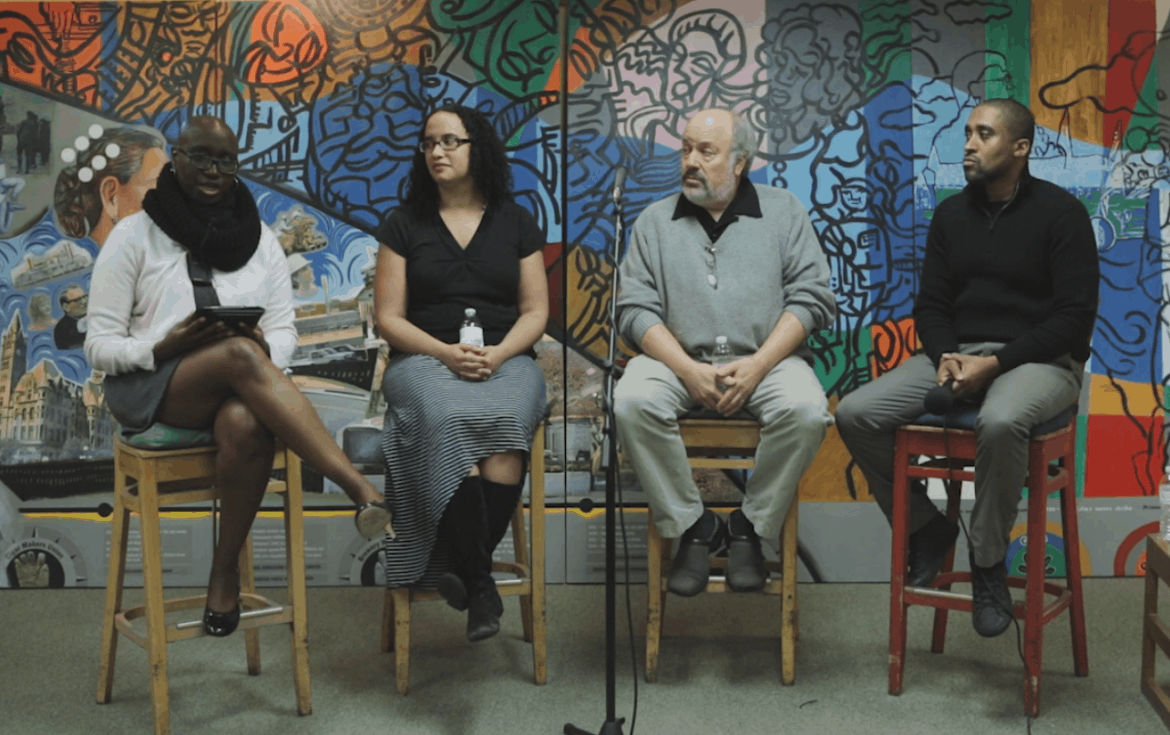 Minnesota has a long hailed tradition of white political progressiveness. In 1933, Austin, Minnesota, was home to the first-ever sit down strike in U.S. history. However, the state has had an even longer history of white dominance, exclusion and violence. Just 11 years before the historic sit-in, white workers on strike (also in Austin) organized a lynch mob, attacked and killed Black strikebreakers brought in from the South. Labor historian and co-executive director of East Side Freedom Library Peter Rachleff, explains one root cause of that dual nature:

“The relations between white workers and white employers is worked through by the presence of workers of color,” Rachleff says, “the idea that immigrants take jobs that (white) Americans don’t want or that employers have threatened and at times used strikebreakers or replacements who come from communities of color when white workers themselves are challenging power and trying to organize or trying to strike.”

On Dec. 13, 2015, the Twin Cities Daily Planet hosted a panel of scholars at the East Side Freedom Library in St. Paul to discuss white supremacy’s long history in Minnesota and how it can be overcome. Watch the full discussion, featuring Rachleff, Minneapolis Community and Technical College English professor Shannon Gibney and University of Minnesota African American studies professor Keith Mayes, below.

[Editor’s Note: The title for Andrea Plaid in the video calls her the Editor of the Twin Cities Daily Planet. She is the former Arts + Culture Editor.]