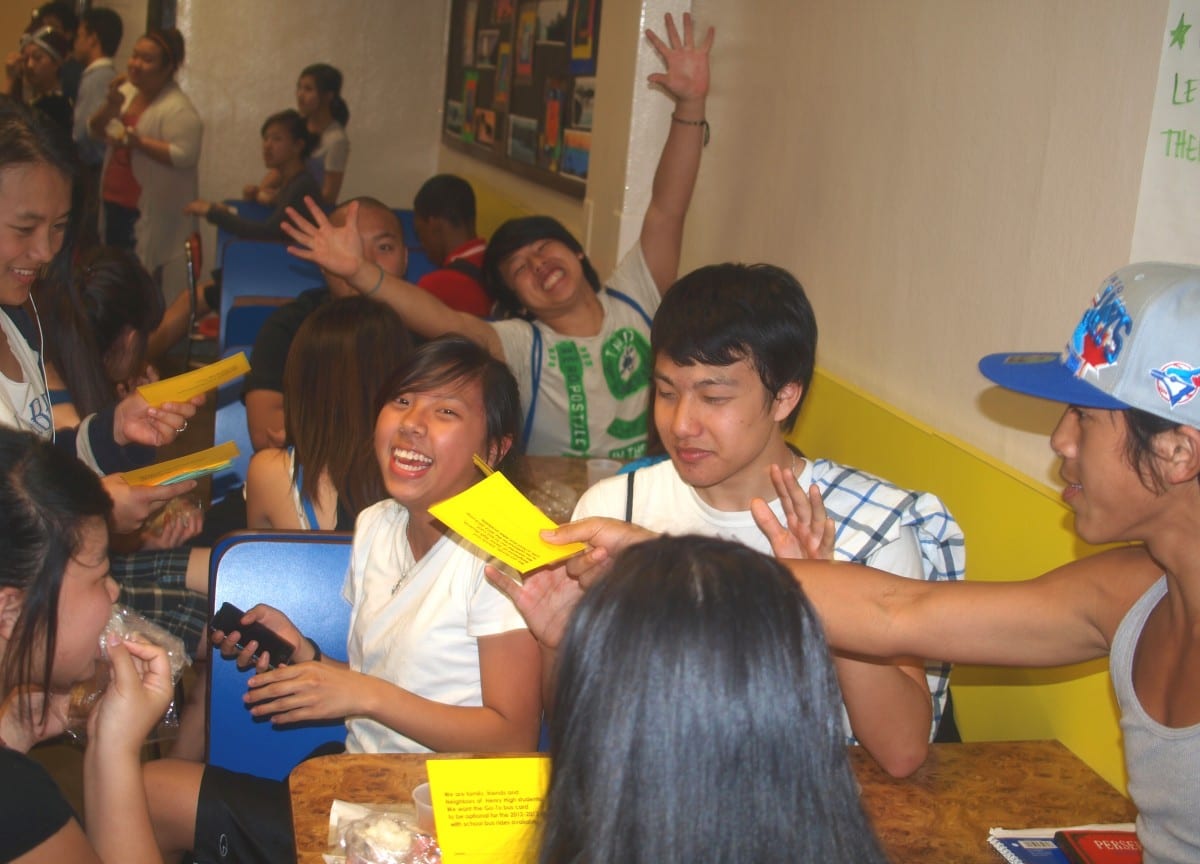 At the May 18 Henry High May Show, students at the North Minneapolis public school collected over 530 signed postcards addressed to school board members Kim Ellison and Alberto Monserrate. The postcards ask that the Go-To mass transit bus card be optional for the 2012-2013 school year, with school bus rides available.

Henry Hmong students have been busy collecting and mailing postcards since the day in late April when the news broke that the school buses would be a thing of the past.  Henry high students were informed that in the fall school bus rides would be eliminated at Henry, and eligible students could instead receive Go-To cards, enabling them to ride city buses for free.

When school personnel arrived at the Henry Asian club to extol the benefits of the Go-To card, Asian club members peppered the school staff with questions for nearly an hour.  After the school officials left, Asian club members said that they and their families did not know about the card  and were never asked their opinions or ideas on the city bus plan.

There are several advantages to the Go-To city bus card, and especially for students who already use mass transit regularly, the Go-To card can be a desirable option. However, many Henry families are resistant, and at the top of the list are Henry’s Hmong families. The Hmong make up 47% of Henry’s student population. 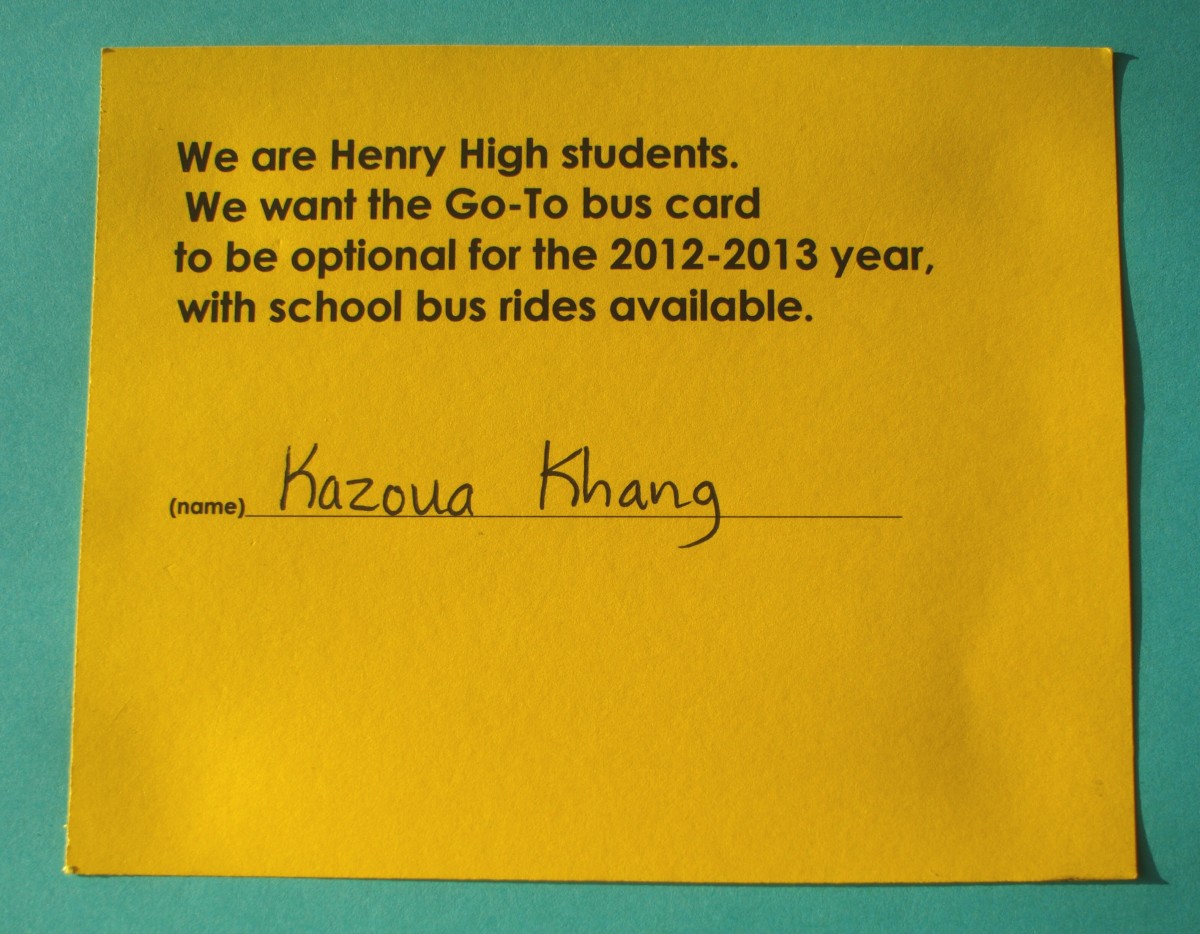 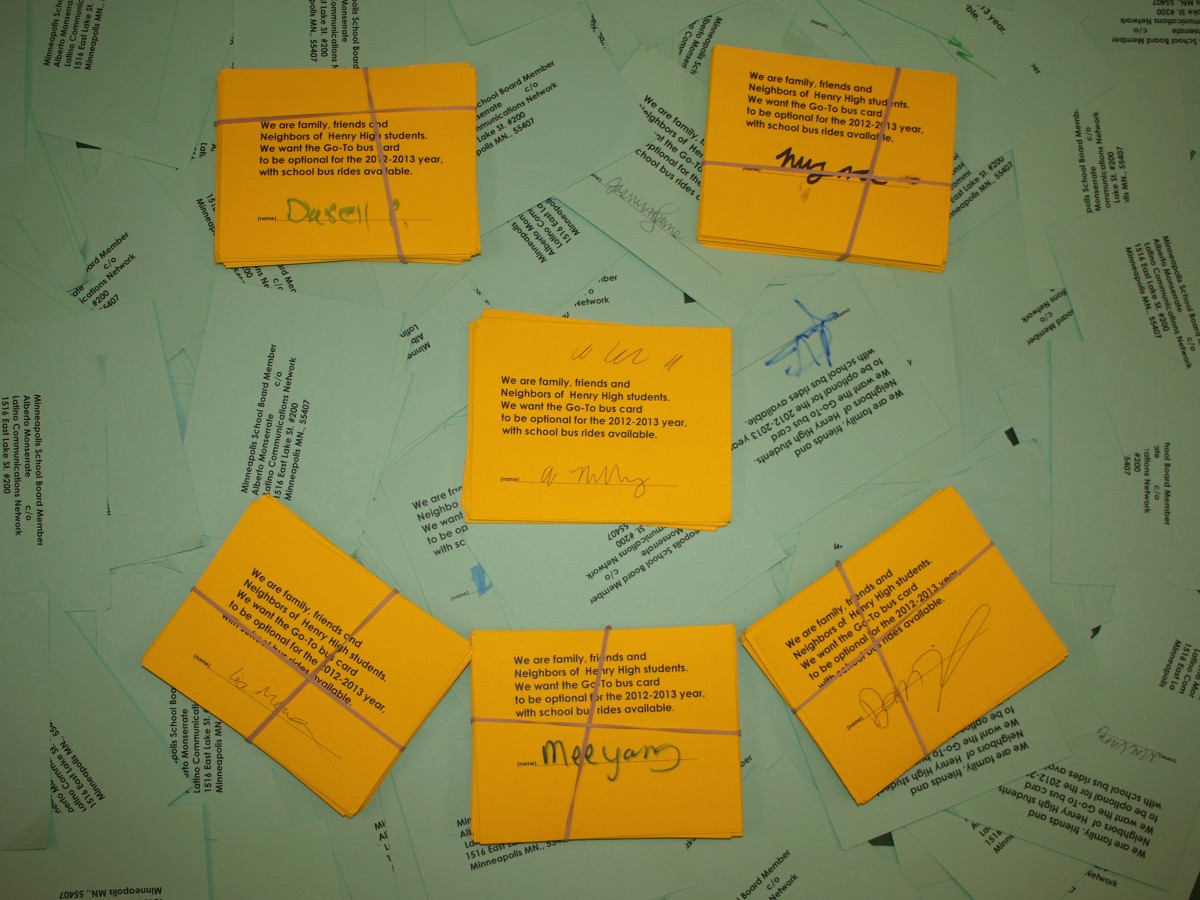 In the current 2011-2012 year, Edison and Roosevelt High schools have offered the Go-To card as pilot projects, with some students opting to use Go-To cards,  while still making school buses available. Many Hmong student leaders believe that Henry High is less likely to lose Hmong students if the Go-To bus card is an option at Henry in 2012-2013, with school bus rides available. That, they say, would give the Minneapolis school system a year to talk with Hmong families and get their feedback on the city bus proposal.

Either way, making the introduction of the Go-To card more gradual and leaving the school bus option open  in 2012-2013 gives Henry High a better chance of not losing students because safety-conscious families feel they are being forced to use city buses.

Combined with other postcards already collected and in the mail, school board members Ellison and Monserrate will each have over 500 postcards in their mailboxes by the end of the week.