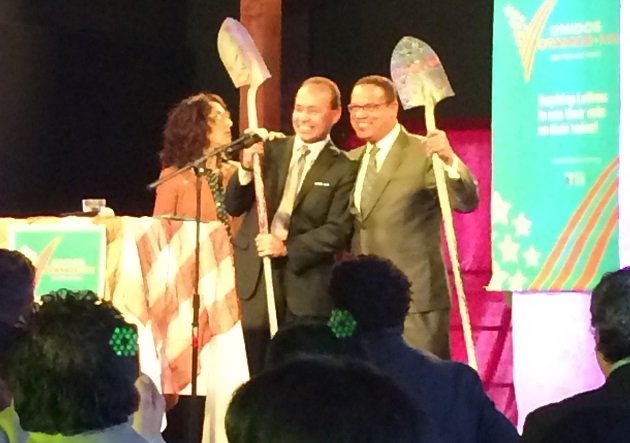 Rep. Luis Gutierrez, D-Illinois, gave the keynote speech at a fundraiser organized by group Unidos Votamos on Oct. 8, along with Rep. Keith Ellison, D-Minneapolis, and other state leaders.

Gutierrez called out Congress’ inability to pass immigration reform and called out President Barack Obama’s decision to defer an executive order that would force similar reform. As Nov. 4 looms ahead, Gutierrez also urged the state’s Latino voters to elect candidates who push important issues for the Hispanic community like minimum wage and education.

“I’m heartbroken that the president of the United States decided to put politics ahead of good public policy,” Gutierrez said.

While Minnesota may not be the epicenter of Latino issues like immigration, the state’s Latino population is growing, said Unidos Votamos founding member Luz Maria Frias. Latinos can be a force in the state’s hotly contested elections, some with margins of just a few dozen votes, she added.

Ellison, a major proponent of immigration issues, spoke on the importance of reform and challenged Obama. Both Gutierrez and Ellison made headlines when they were arrested last October at an immigration rally along with at least six other House Democrats.

“I never had a prouder moment than when I was handcuffed with Keith Ellison,” Gutierrez said. “When you get locked up with someone and deprived of your liberty with someone you get to know them even better.”

Unidos Votamos, a nonprofit formed in 2011 to support Latino voters and candidates, hosted the fundraiser and is nonpartisan, though it does work with Democrats.

Going forward, Gutierrez said he expects the president to announce immigration reforms by the end of the year, comparing reform to executive orders from Kennedy and Reagan — and even Lincoln’s Emancipation Proclamation.

“In our Democratic party we sometimes have to push, and push hard, our own members of our party,” he said.