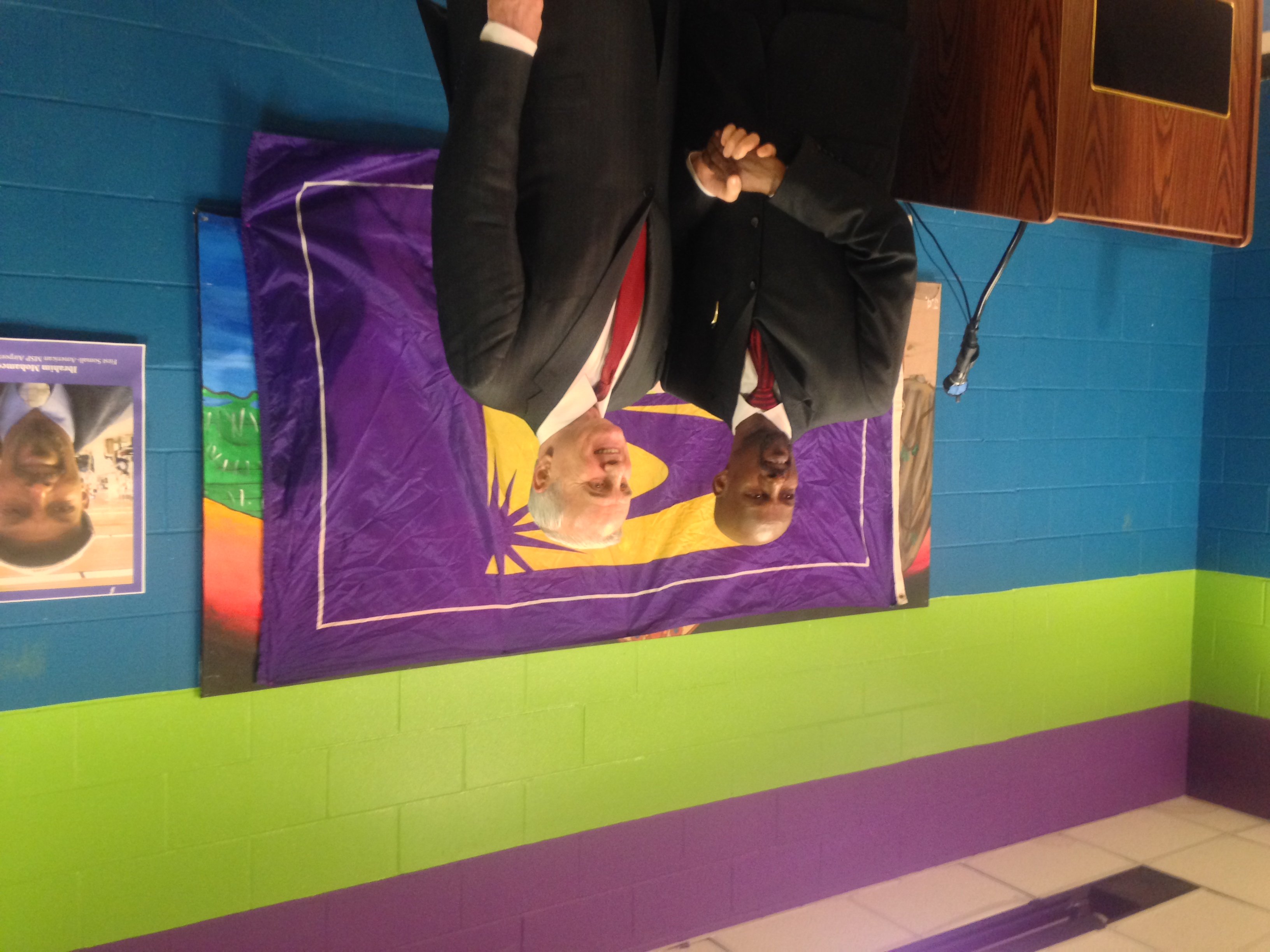 It’s not everyday that a Governor’s appointment gets special attention, reception or special interest from local and international media. But then again, it’s not everyday that the governor appoints a minimum wage worker to oversee an agency that has such direct impact on the lives of thousands of people everyday. Ibrahim Mohamed, a cart driver for Air Serv is now part of the Metropolitan Airports Commission. His appointment drew more than fifty people, including Governor Dayton, members of the Metropolitan Airports Commission and community leaders on a chilly Tuesday evening at the Brian Coyle Center in the Cedar Riverside Neighborhood.  He is the first Somali-American to hold that post and was appointed by Governor Dayton in Febraury. He’s also one of more than two hundred Somali and East African workers who serve airport customers on a daily basis. Overall, the airport employs about 20,000 people.

Mohamed came to the United States in 2004 from Somalia. He came to escape war and for a better life.  He says his one of his first goals is to push to raise the wage for his fellow workers. Right now, that minimum wage is eight dollars an hour for folks who drive cab, handle luggage and help make the airport run smoothly.  Mohamed explained that it’s tough raising his family of five kids on that salary.  He’s worked at the airport for eleven years, since he came to Minnesota. The airport was his first job where he handled baggage, worked in customer service and cleaned cabinets. He was making $12.50 and hour, but that wage lowered to eight dollars an hour while working for Air Serv, a subcontractor used by Delta to handle passenger services.

“This is not all about celebrating,” he said after a loud applause welcomed him to the podium, “We are hard workers and our main struggle is the minimum wage.”

During his speech at the reception, Governor Dayton took Delta Airlines to task saying that people must be paid more than eight dollars an hour.

He specifically called out the airline’s practice of using subcontractors to do work for the airlines, saying that it was with the intention of keeping wages down.

“These companies are operating at the airport with the permission of the MAC. It’s a public building and private companies should not be able to impose their conditions on the people working there,” said Dayton.

It’s unclear how much in influence MAC has when it comes to getting Delta or Air Serv to raise wages for its workers, but that isn’t getting in Mohamed or his co-workers way to organize. Recently, he and other airport workers joined SEIU Local 26 and have been part of a hotbed of organizing. Local 26’s President Javier Morillo said Mohamed’s appointment is overdue.

“Mr. Mohamed’s appointment is a clear signal that the Governor is sending about workers voices and the community of people who work there.”