When her daughter was 13, way back in the ‘70s, Nothando Zulu wanted her to read the work of a respected black author writing about an African-American girl dealing with the challenges of life.

She wanted her to prize black literature for both its beauty and its lessons.

So she special-ordered books written by Rosa Guy, one of the founders of The Harlem Writers’ Guild.

“To me it’s important for African Americans to read about folks who are succeeding, who are living their lives and may not have had the best of beginnings,’’ explains Zulu.

Now 67 and a professional storyteller, Zulu is one of a growing number of people and programs interested in bringing African-American literature into the homes of children and adults throughout the Twin Cities. Their goals: appreciating the art of African-Americans, better understanding the black experience and narrowing the academic achievement gap.

The north Minneapolis woman is a discussion leader for the second annual Givens Black Books: Community Reading campaign involving 1,000 people meeting in libraries and schools around the Twin Cities to discuss African-American literature. The campaign, sponsored by the Givens Foundation for African American Literature, culminates with a Literary Luncheon April 21 and a keynote talk by Walter Mosley, a best-selling and award-wining black author of 37 books. The event is sponsored in part by the Delta Sigma Theta Sorority, Inc., Minneapolis St. Paul Alumnae Chapter.

“The program reaches out to the community. It provides access to quality African-American authors by giving participants free books and convening discussions,’’ explains Eartha Bell, assistant director of the Givens Foundation. The foundation is able to buy books at a discounted price thanks to Magers & Quinn Booksellers in Minneapolis. 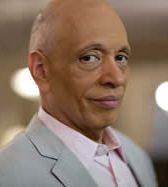 In his fiction and nonfiction, author Mosley has documented the black experience in America from the migration out of the Deep South through the election of an African-American president.

With a Jewish mother and an African-American father, Mosley experienced significant racism, Zula says, but overcame that to receive an O. Henry Award and a Grammy and to become the first African-American serving on the board of directors of the National Book Awards. 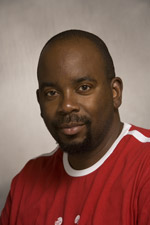 “We’re trying to show the community that [African-American] literature is not tangential, but it is an essential part of the curriculum” in schools and a way of narrowing the academic achievement gap, says Ezra Hyland, founder of the African American Read-In program at the University of Minnesota’s College of Education and Human Development.

Schools and families shouldn’t just relegate African-American literature to Black History month, along with a reading of Dr. Martin Luther King’s “I Have a Dream” speech, but incorporate literature into their lives, he says. Introduce readings about watercolorist Romare Bearden into art classes and about black Olympic medalist Edwin Moses into physical education classes, Hyland suggests.

Kids “need to know they can be scholars and athletes,’’ says Hyland, who teaches multicultural literature at the university. He works, too, with the university’s Black Men and Women Reading Program, a weekly book club attracting white- and blue-collar readers, from high school students to graduate students.

But, back to the Givens community reading campaign.

If the name Givens and the reference to black literature rings a bell, it may be because you have heard of the Archie Givens Sr. Collection of African American literature running to more than 18,000 items, including books, letters and theater recordings at the University of Minnesota. The Givens Foundation  is run by his son, Archie Givens Jr.

Four Mosley books were chosen for the reading campaign this year: “Devil in a Blue Dress,” featuring the well-known Easy Rawlins detective; “RL’s Dream,”  a story about a dying blues performer; the non-fiction “Twelve Steps Toward Political Revelation,’’ and “47,’’ a young adult novel.

“Twelve Steps” is particularly provocative in book discussions, says, Zulu. “All in all people are getting the idea that their vote is mightier than the dollar. He really says we are not being the citizens we ought to be,’’ she says.

Zulu says people have some idea of the works of high-profile writers coming out of the Harlem Renaissance, such as Langston Hughes and Ralph Ellison, and they certainly know of Toni Morrison, but they need to broaden their literary knowledge.

Kids at risk of educational failure, particularly, need to read success stories, such as “Gifted Hands, the Ben Carson Story,’’ about a boy who grew up poor and became a neurosurgeon, she says.